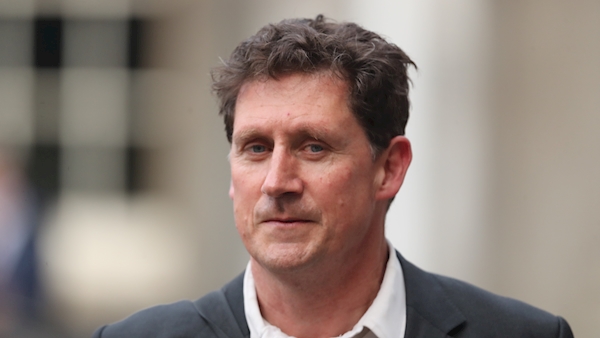 Green Party leader Eamon Ryan has said that he felt both the Taoiseach and the Tánaiste shared his concern about former Minister of State Michael D’Arcy’s appointment as chief executive of the financial services lobby group the Irish Association of Investment Managers (IAIM).

“I expressed my concern to the Taoiseach and the Tánaiste and I think they share my concern.”

Mr Ryan pointed out that SIPO will now examine the appointment, but he felt there needed to be a gap in timelines between being a Minister and taking on a new role. “There are laws and regulations, it is up to SIPO to oversee them.”

When asked again if the Taoiseach and Tánaiste shared his concern about the appointment, he said: “Yes I think our partners in Government are also concerned.”

Mr Ryan also expressed concern about the cut in PUP and the end of the bank amnesty. Any ending of the EU regulatory authority amnesty didn’t mean Irish banks had to “clamp down” on loans, he said. Banks should work with their customers some of whom will face difficulties through no fault of their own because of the global pandemic, he said.

Mr Ryan aid that “no town will be left behind” and that if any gaps are identified following the decision of Bus Éireann to shut down four of its 18 routes then the National Transport Authority will make sure such gaps are closed.

Mr Ryan said that he would prefer if Bus Éireann were to start looking at its services on other routes. The decision to stop the routes was appropriate for the company to make in an effort to manage its resources.