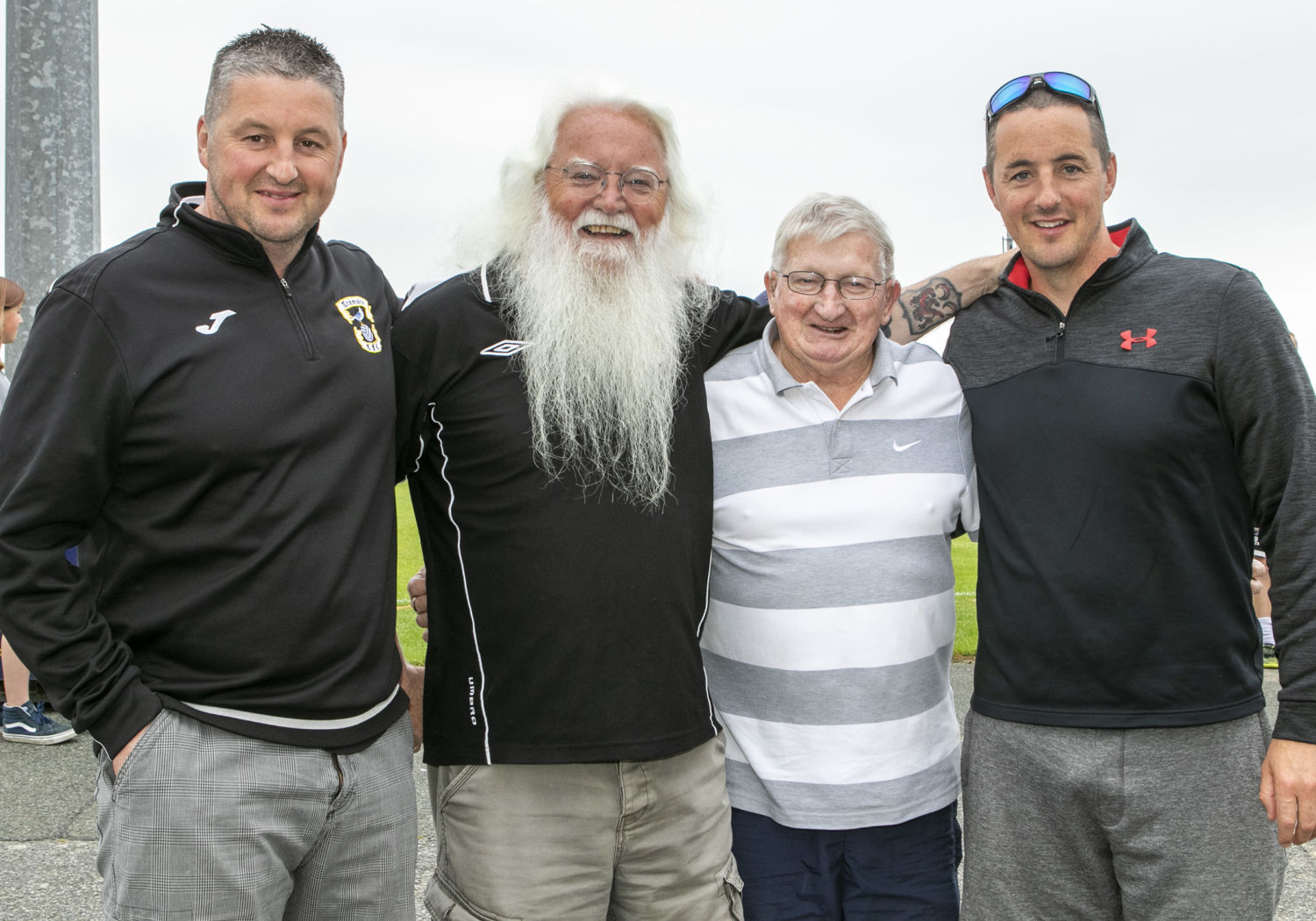 The football community, both locally and nationally, is in mourning again after the news filtered through of the death of the well respected and loveable trainer Paddy ‘Stinger’ Ryan, who died this morning after illness aged 78.

Paddy was a much loved character of many sports in Waterford for many years and was the trainer of Waterford United under both Alfie Hale and Paul Power for years before offering his loyal services to many clubs across a number of different sporting codes across the city and county, including GAA clubs like Ferrybank and St Paul’s.

He’ll also be remembered fondly as a founding member of the Waterford Judo Club where he was a highly respected coach, but it was his contribution to the footballing world that really stands out where he was a man of honesty, integrity, and friendship.

Paddy ‘Stinger’ Ryan (first on left, back row) as part of Alfie Hale’s backroom team with Waterford United in 1986.

Speaking to the Waterford News & Star on the death of Stinger Ryan, Waterford FC legend and his great friend, Alfie Hale said, “For football in Waterford, he made a tremendous contribution in every respect and he was one of the most popular guys on the soccer scene. He arrived on the scene with Johnville and such was his success that his reputation went around football circles so quickly.

“Everyone was taking notice of Paddy at the time because people knew that he had so much to offer. When I was offered the job with Waterford, the first person that I thought of was Paddy. Outside of his sport, to me he was one of the most loyal people I ever knew.

“I went through many escapades in football terms and rightly or wrongly, Paddy stood with me all the way and that’s something that I always appreciated. I’ve never forgotten that and never will. In that sense, the qualities of the man shone through.”

“Paddy had successful spells with a lot of clubs in Waterford because he was loved. He was involved with Portlaw for many years and they won the Premier League, but they loved him out there and he loved them. He was a great man to advise people. The players loved him as well and he was a great man to have around.

“It’s no secret to say that Paddy was a miracle worker in his own right to get players fit or to get them back from injury. He was quality all the way through and he was without doubt the best joker in the party. He was a great man to get along with and always when the players were around, he was their favourite guy.

“It worked well for us because I had to make the unpleasant decisions of who to leave out of teams on certain occasions, but Paddy was always there to bounce them back up and keep morale high. What I did know about him though was that he was a fantastic family man.

“He was so proud of his children and Marie his wife. They were so gelled together and he’ll be so sorely missed by so many people. He was a rascal and a rogue, but a loveable one in every aspect and sense of the word. There was nobody committed himself more to football than Paddy. He was outstanding, simply outstanding.” 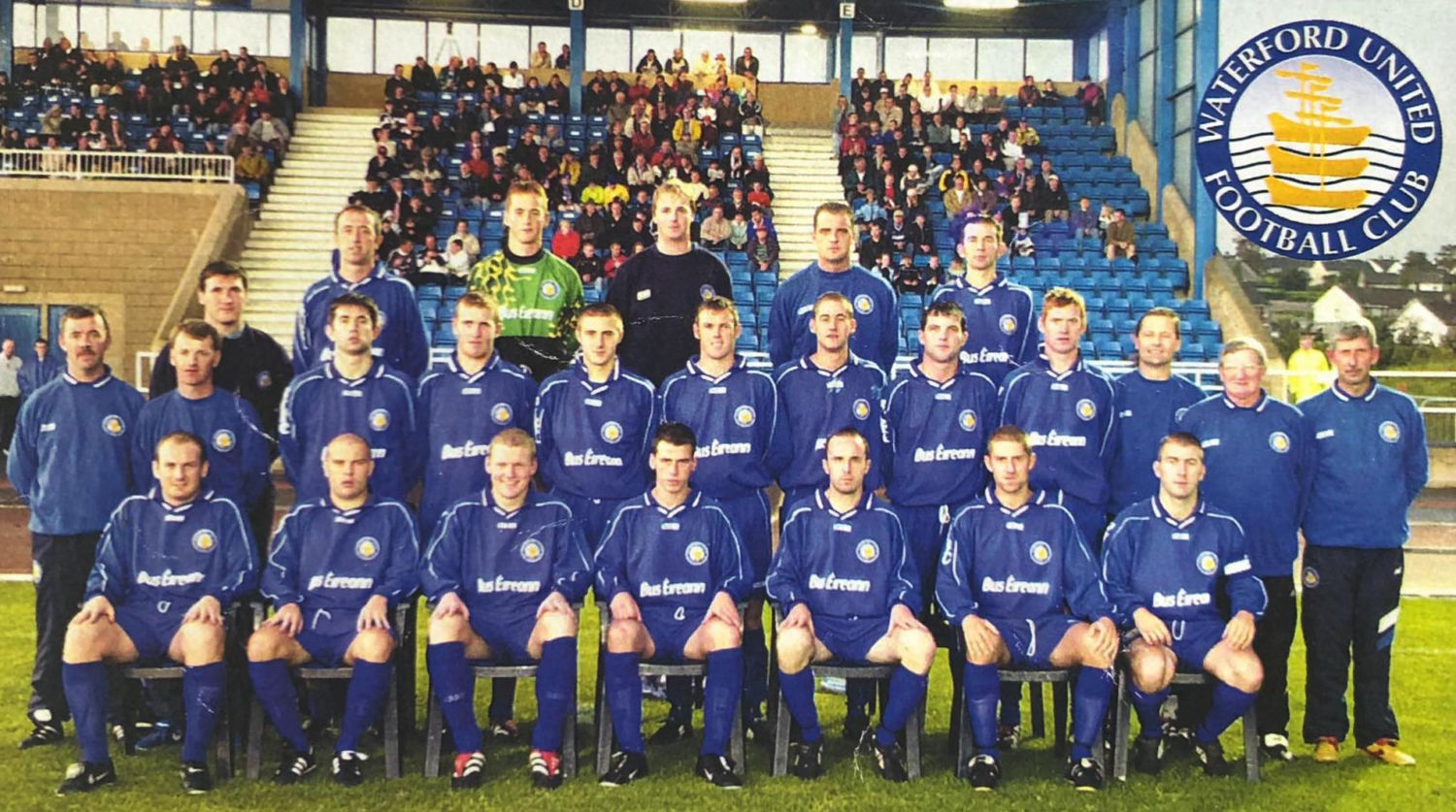 Also commenting on the loss of his great friend, former Blues boss Paul Power said, “He was a great help to me when I started League of Ireland football going back to the late 1990s when Alfie Hale asked me to go up to Kilkenny. He was fantastic with me in giving me my opportunities and I’ll be forever thankful for that.

“With Waterford he was unreal with his legendary fitness sessions in the Sandhills in Tramore. He was a crutch to all the players because when he was doing physio with all the players, they would pour their hearts out to him about their personal problems. He was always there to assure them.

“One very funny incident I remember is that we were coming home from training one day when Paddy got a phone call from one of the players that we had from Wexford had broken down. So Paddy turned around the car and drove back. He would do anything for the players and he was fantastic with them all.

“He was a great personal friend to us all here in Tramore and he’ll be so sadly missed. He was regular out here for a cup of tea and he loved to be kept up to date on the football speak. To Marie and all the family we offer our greatest condolences because they’ve lost a treasure. He was a true husband, father, and friend to all. 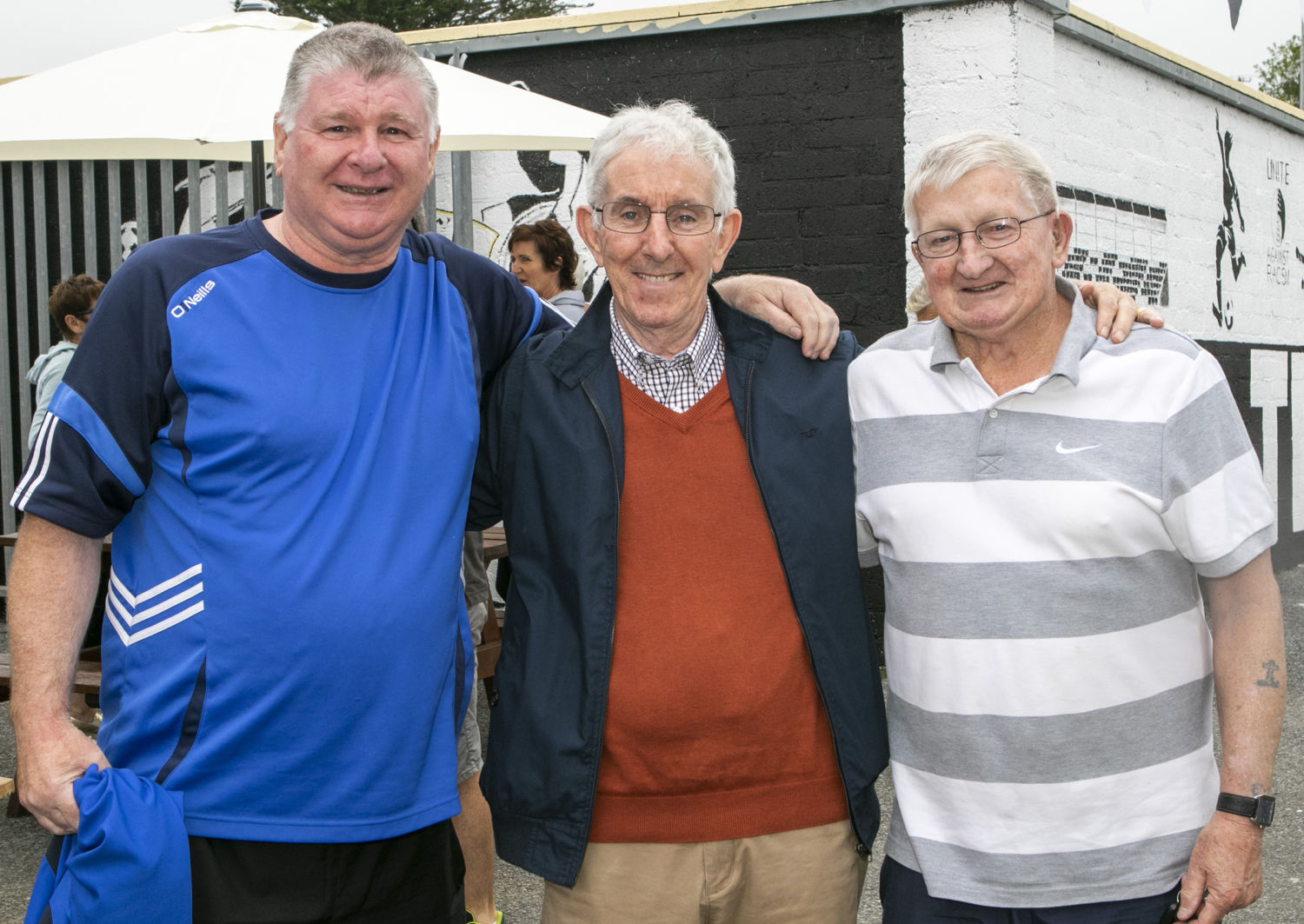 ‘A MAN OF LOYALTY’

“He was a man of loyalty. He was a bit like myself because we were all about supporting the players at the time. Even if it was blind support at times, he would support the players. He was a vital part of many dressing rooms. He was very proud of the younger players playing for Waterford and loved to see them do well.

“He had a great passion for the game and had so many friends across Ireland that are all saddened by this news. Everybody knew him and people shouldn’t forget that himself and Alfie were key influences on Roy Keane when he was at Cobh Ramblers at the time.

“Paddy had a great respect for what he stood for. He was the epitome of hard work and what you saw is what you got with Stinger. Stinger always got the best out of the players and that there can be no doubt. He had great friends everywhere and he was much loved. He’ll be missed by us all, concluded Paul.”

To his wife Marie, daughters Lorraine and Yvonne, sons Pat, Paul and Derek, grandchildren, extended family and friends we offer our deepest and sincerest sympathy on their sad loss. May he rest in peace.