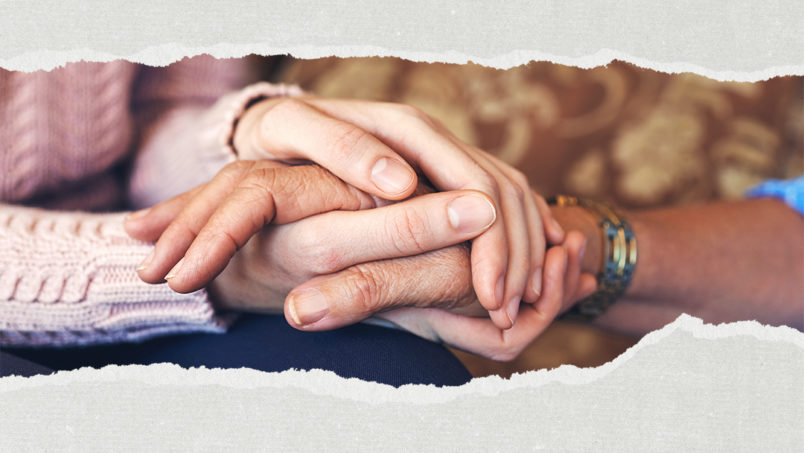 PROFESSOR Tony O’Brien (who hails from Rockfield Park in the city) has told me that so many of his terminally ill patients who are admitted to Marymount Hospice feel depressed and despairing and wishing they could end it all quickly. But with good palliative care, their outlook changes and they are awfully glad that they did not have the option of assisted suicide.

The Bill, ‘Dying with Dignity’, which was presented to the Dáil on September 15 by TDs Gino Kenny, Bríd Smith, Paul Murphy, Mick Barry and Richard Boyd Barrett will give people this option. The Bill, if passed, will legalise euthanasia and assisted suicide in Ireland. It will be lawful for a medical practitioner to provide assistance to a person who is terminally ill to end their life. Analysts have predicted that the Bill may not be carried immediately but that a Joint Oireachtas Committee may be established or a Citizens’ Assembly be convoked to explore all aspects of this contentious issue and to report to the Government as to whether or not the current legislation should be changed.

‘In countries where legalised assisted suicide has been introduced, (such as Holland, Belgium, Canada) there has been an exponential increase in the number of people availing of this option.’

We know from the decision by the Supreme Court in the Marie Fleming case (2013) that there is no constitutional prohibition on assisted suicide, and consequently there will be no need to hold a referendum to legalise euthanasia or assisted suicide. Therefore, the Oireachtas is free to legislate on this serious issue. But before any special committee be established or Citizens’ Assembly convened or before there is any further debate in the Dáil, there should be some consensus on principles which might inform our legislators in this complex area of the enforcement of morals. I think it is irresponsible of politicians and indeed all groups campaigning for the introduction of assisted suicide to evade this thorny issue.

The issue as to when morals may be enforced by law has never been publicly debated. No such debate was conducted in any of our recent referenda on abortion and gay marriage. I believe it would have contributed greatly to a more balanced and less emotive and divisive debate if there was some agreement on fundamental principles governing the enforcement of morals by law. There have been serious debates on this topic in Great Britain and we have much to learn from the outcome.

A fundamental principle has evolved, which is totally consistent with Catholic Social Teaching. It has been enunciated by moralists such as Patrick Hannon in the following manner: “In moral matters people should not be forced to act against their consciences nor should they be restrained from behaving according to their conscience subject only to the requirements of peace, justice and public morality.” Therefore, it is not the business of the law to enforce the moral doctrine of any particular religious denomination such as the Catholic Church or other groups such as Atheist Ireland. Rather it is the role of law to harmonise the rights of individuals to ensure peace and stability in society.

Most reasonable people accept that there is a public morality, which is the business of the law. For example, it is a criminal offence to injure others or to exploit or corrupt others. So, murder and theft are proscribed by law. People would expect the law to offer this level of protection and thus enable society and individual citizens to flourish. Now there are many areas of ‘public morality’ (such as lying and adultery), which could not be enforced by law. On the other hand, people would resist laws, which would be intrusive in their private lives. For example, many aspects of Catholic moral teaching, such as the prohibition on contraception and sterilisation etc. are not the business of the law.

Many feel that a person who is terminally ill and whose quality of life is greatly diminished and who decides to end their life should not be prevented by law from doing so. For them, it is a private or personal matter; thus, assisted suicide or euthanasia should not come under the remit of public morality. I would argue strongly that it does. If the law is changed, it will adversely impact community life. In countries where legalised assisted suicide has been introduced, (such as Holland, Belgium, Canada) there has been an exponential increase in the number of people availing of this option. (In Canada, 5,631 people opted for assisted suicide in 2019. Only 1,015 lives were ended this way when the legislation was first introduced in 2015).

Gino Kenny’s Bill restricts the availability of assisted suicide to the terminally ill. Professor Tony O’Brien, Consultant Physician in Palliative Medicine, Marymount Hospice in Cork, claims that it is impossible to define what terminally ill means. Hope Ireland has alerted us to the fact that, when euthanasia is introduced, the grounds inevitably expand to include non-terminal conditions. In Holland, non-terminal psychiatric illnesses can be euthanised, and in Canada, a Bill is being progressed to allow for other non-fatal conditions to qualify a person for assisted suicide.

The judgement in the Marie Fleming High Court Case in 2013 argued in this way against the legalising of euthanasia. They concluded that: “Even with the most rigorous system of legislative checks and safeguards, it would be impossible to ensure that the aged, the disabled, the unwanted, the rejected, the lonely, the impulsive, the financially compromised and the emotionally vulnerable would not avail of this option to avoid a sense of being a burden to their family and society.” This is not dying with dignity but dying in despair because you feel unwanted and a burden.

Changing the law on assisted suicide is a serious moral issue, which will negatively impact on society. Legislators must agree on some principles governing the enforcement of morals before they start debating this issue. Maybe also we must become more compassionate in how we respond to patients facing end of life challenges.