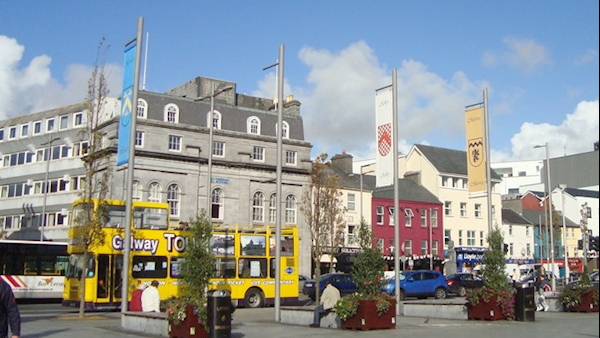 Galway Senator Ollie Crowe has called for the army to be used to assist the Gardaí in public order situations such as occurred in the Spanish Arch area of the city in Monday night when hundreds of young people gathered.

The gardaí are under resourced as it was and it would be impossible for them to immediately roster members of the force when an event like that on Monday night happened, he told RTÉ radio’s Today with Claire Byrne show.

There was an army barracks in Renmore, he said. “No doubt they would be willing to help restore order.”

Senator Crowe called on all the young people involved to immediately self-quarantine and to assume that they had Covid and not to travel home to their families. He also called on them to “atone for their misjudgement” and to respect the public health guidelines.

Local pub owner Johnny Duggan said it had been disturbing to see hundreds of people around Spanish Arch on Monday night. Galway does not have the capacity to deal with such numbers, he said.

Mr Duggan pointed out that pubs and restaurants were restricting numbers, but that people could buy alcohol in off licences and consume it elsewhere. He called for a limit to the opening hours of off licences.

Responsibility for what happened on Monday night rested with the people who were out. They were over 18 and were adults, he added.

Restaurateur JP Duggan said he could not comprehend such gatherings. A pandemic was a once in a lifetime occurrence, people had to reconsider their relationship with alcohol, he urged.

“Bring in the army. The Italians did it. There has to be a logical approach to this.”

Senator Crow agreed that the opening times of off licences needed to be controlled – 8pm or 9pm should be “enough” he said. Cities like Galway and Cork needed extra garda resources, he added.

The president of the student union at NUIG Padraig Twomey condemned the behaviour of those who congregated at Spanish Arch and elsewhere in the city. It was unacceptable and reckless behaviour and had put vulnerable people at risk, he said.

The majority of students were worried about themselves and their families. “If we don’t all abide by the rules we won’t have a chance at normality.” He called on anyone experiencing symptoms to self isolate and get a test.

Covid-19: Four deaths and 859 new cases as Taoiseach warns of ‘bumpy roads ahead’