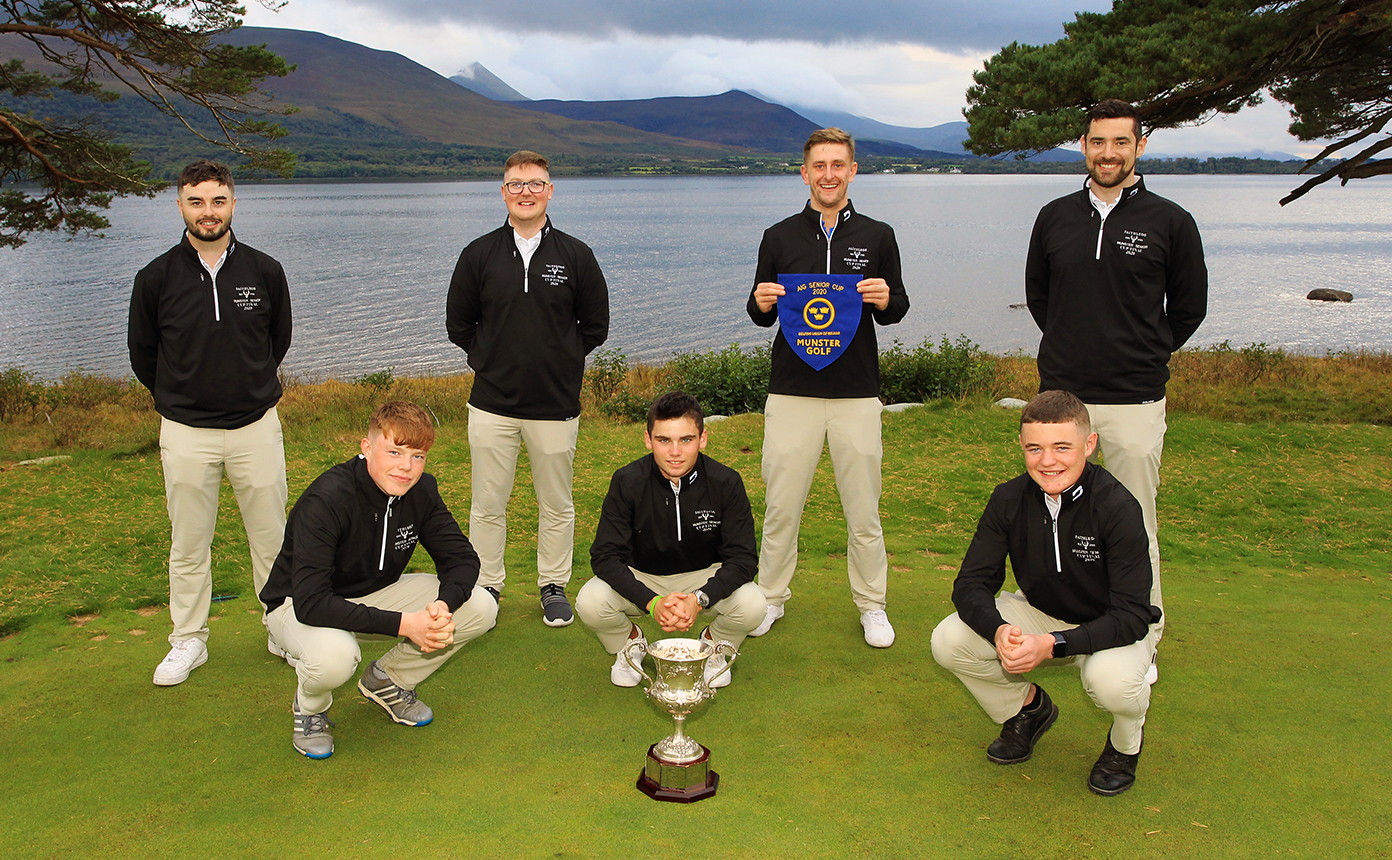 Sunday was an historic day for Fatihlegg Golf Club as they claimed their first ever AIG Senior Cup Munster pennant in Killarney.

It was a brilliant achievement for a very young Faithlegg side with Rory Milne clinching the winning point as the Waterford men got the better of a much fancied Douglas GC of Cork, 4-1, in the final.

Milne had lost his rubber in Faithlegg’s 3½-1½ semi-final victory over Tralee earlier in the day, but managed to raise his game to defeat experienced Irish international Peter O’Keeffe 3 and 1 in the final on a red letter day for Faithlegg GC. 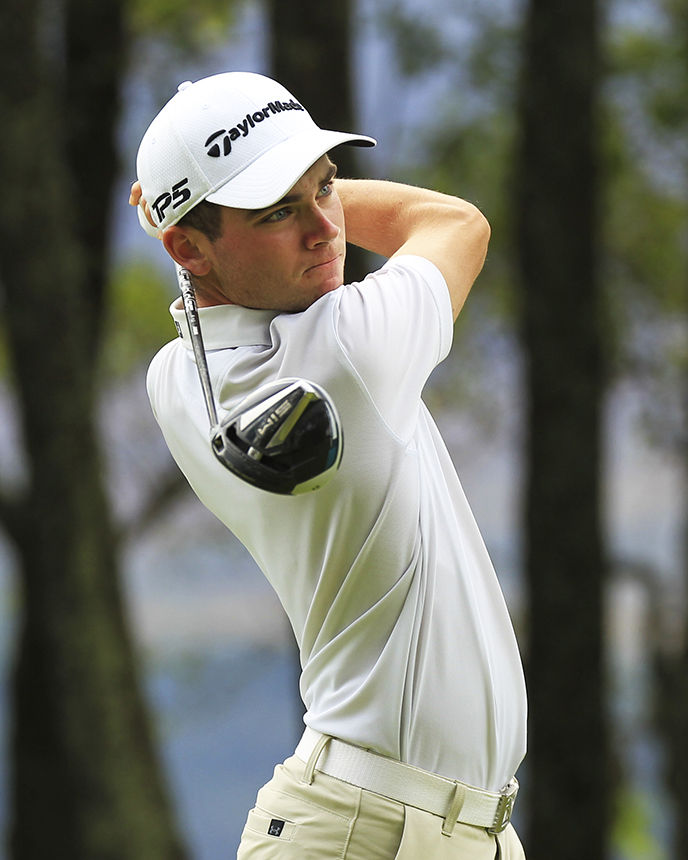 Rory Milne in action for Faithlegg GC in the AIG Senior Cup Munster Final in Killarney.

Faithlegg got off to a fast start across the board in the five singles matches, up in all of them at one stage on the front nine, but Douglas, who had seen off Limerick in their semi-final, certainly made their less-experienced opponents battle for their points.

Milne had gone three up in the first match against O’Keeffe, thanks to three birdies in the first five holes. He was five up at the turn only for the in-form O’Keeffe, who had won the Munster Stroke Play Championship three weeks ago at Cork GC, to win the 10th hole. Milne responded with an eagle to O’Keeffe’s birdie at the next to restore his lead, and so it went for Faithlegg to stay one step ahead of the Cork side. 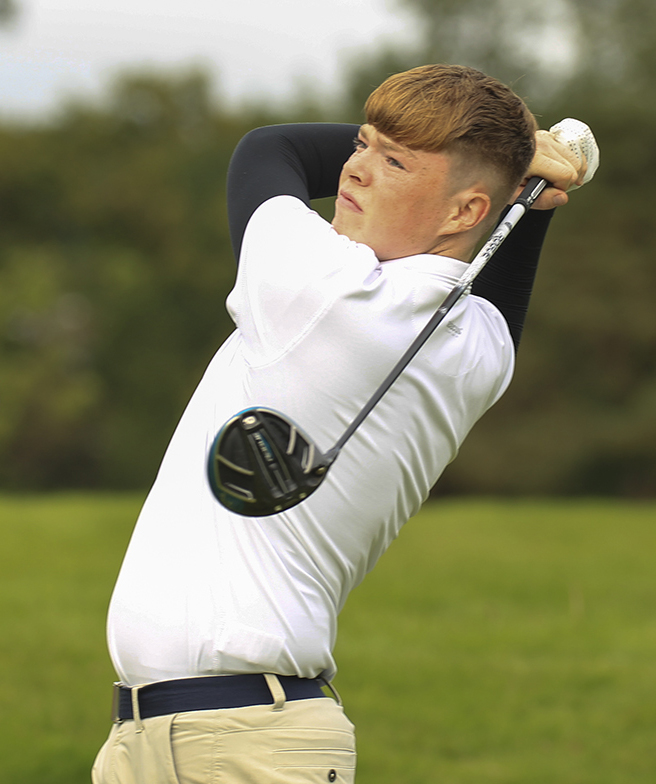 Rory Fives tees off for Faithlegg GC during their Munster Final win over Douglas GC.

Alex King won his match on the 15th green, Dylan O’Connor closed out match three on the 16th, but with Milne four up with four to play, O’Keeffe won 15 and 16 to keep Douglas hopes alive. It was short-lived however, Milne rebounding with a birdie on 17 to secure the overall win and book Faithlegg’s place as Munster champions in next week’s AIG national finals, which take place at Donegal Golf Club on the weekend of October 17/18. Faithlegg will take on the Leinster champions in the semi-finals. 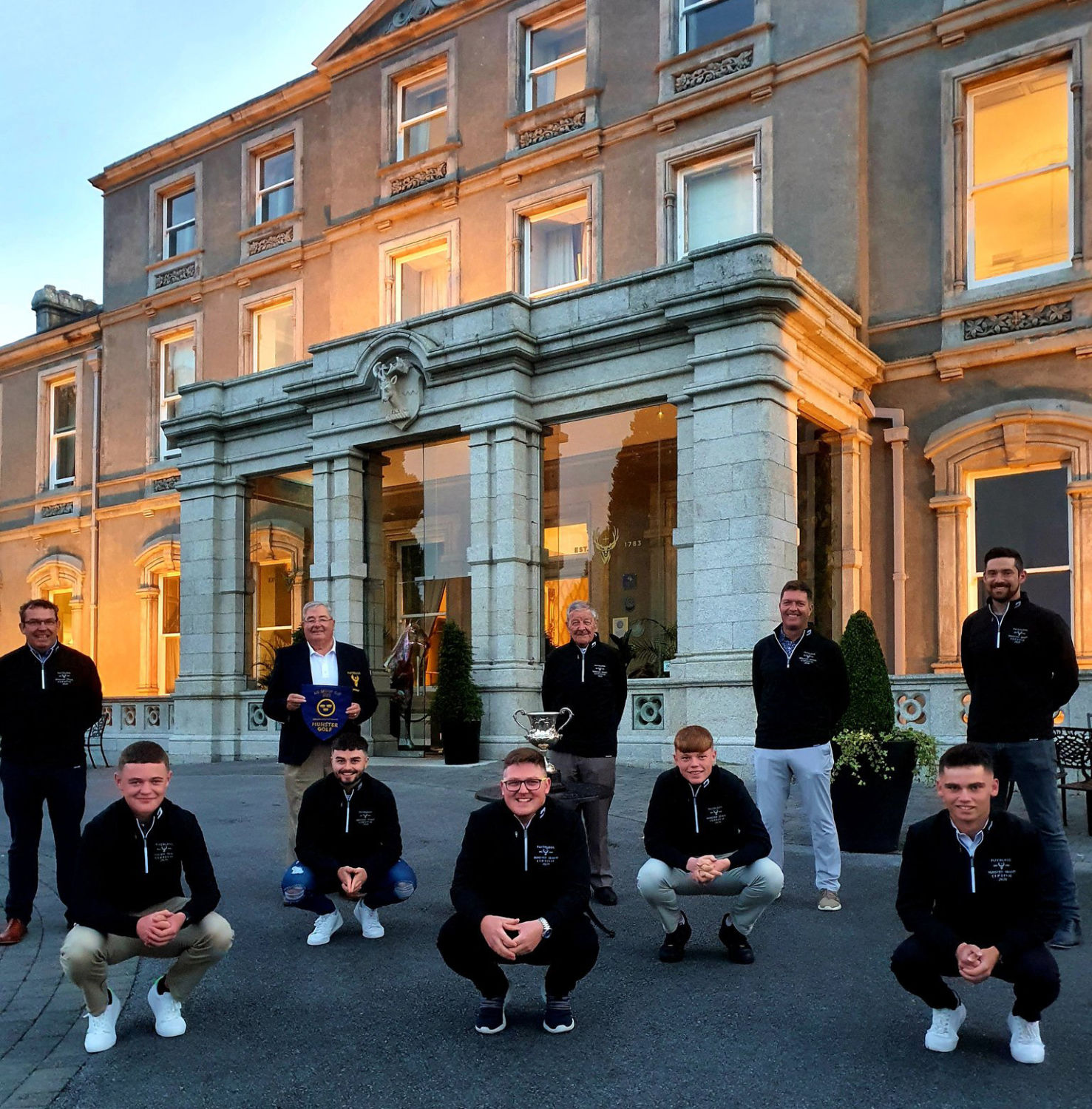 The victorious Faithlegg team returned to the club on Monday night and are pictured with managers Ted Higgins, Derry Kiely and Tony O’Neill and captain, Paul Nolan.

The Faithlegg team are managed by Ted Higgins, Derry Kiely and Tony O’Neill and Captain Paul Nolan was on hand to accept the historic pennant for the club. 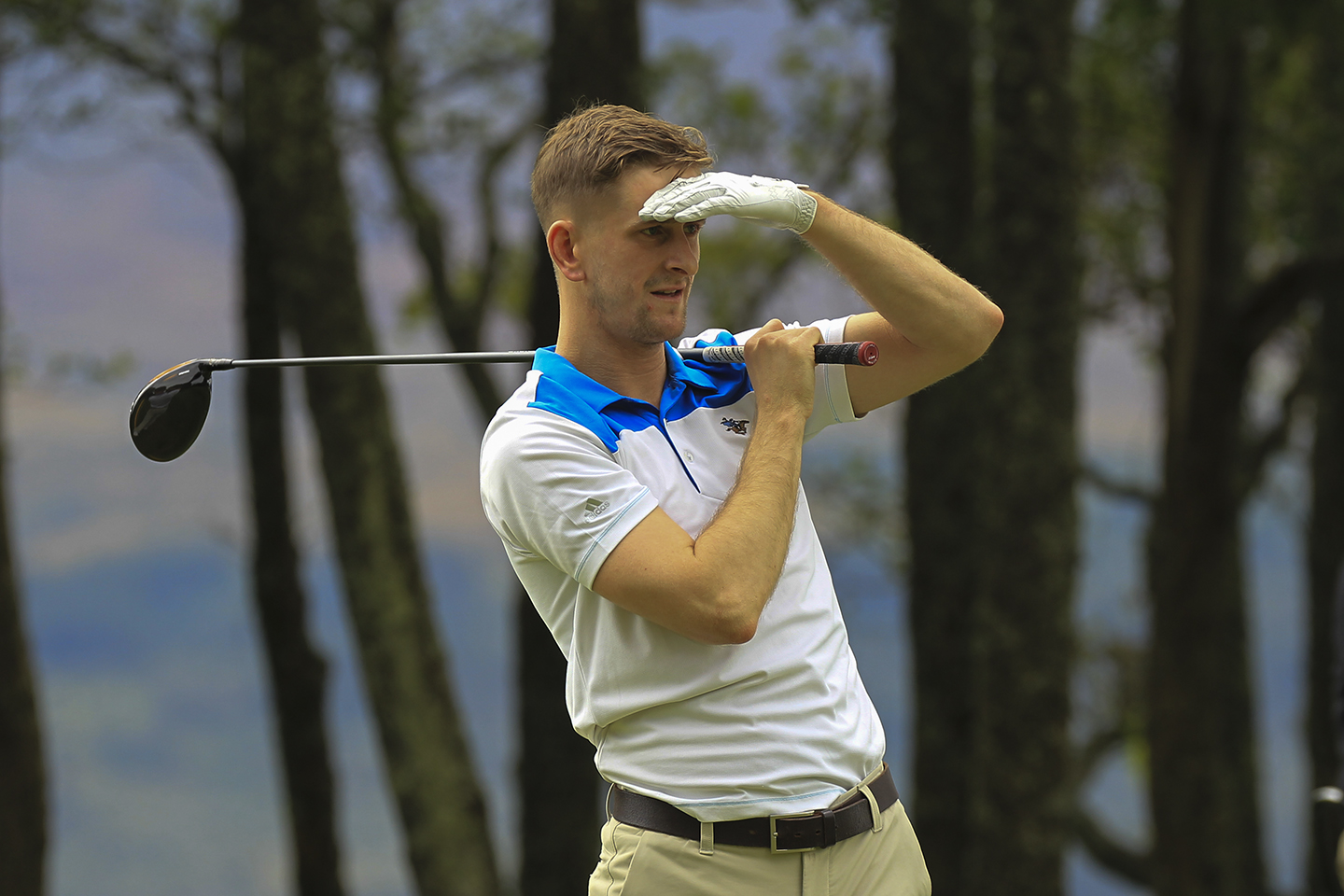 Faithlegg’s Darragh O’Sullivan follows his ball during the Munster Final of the AIG Senior Cup in Killarney on Sunday. 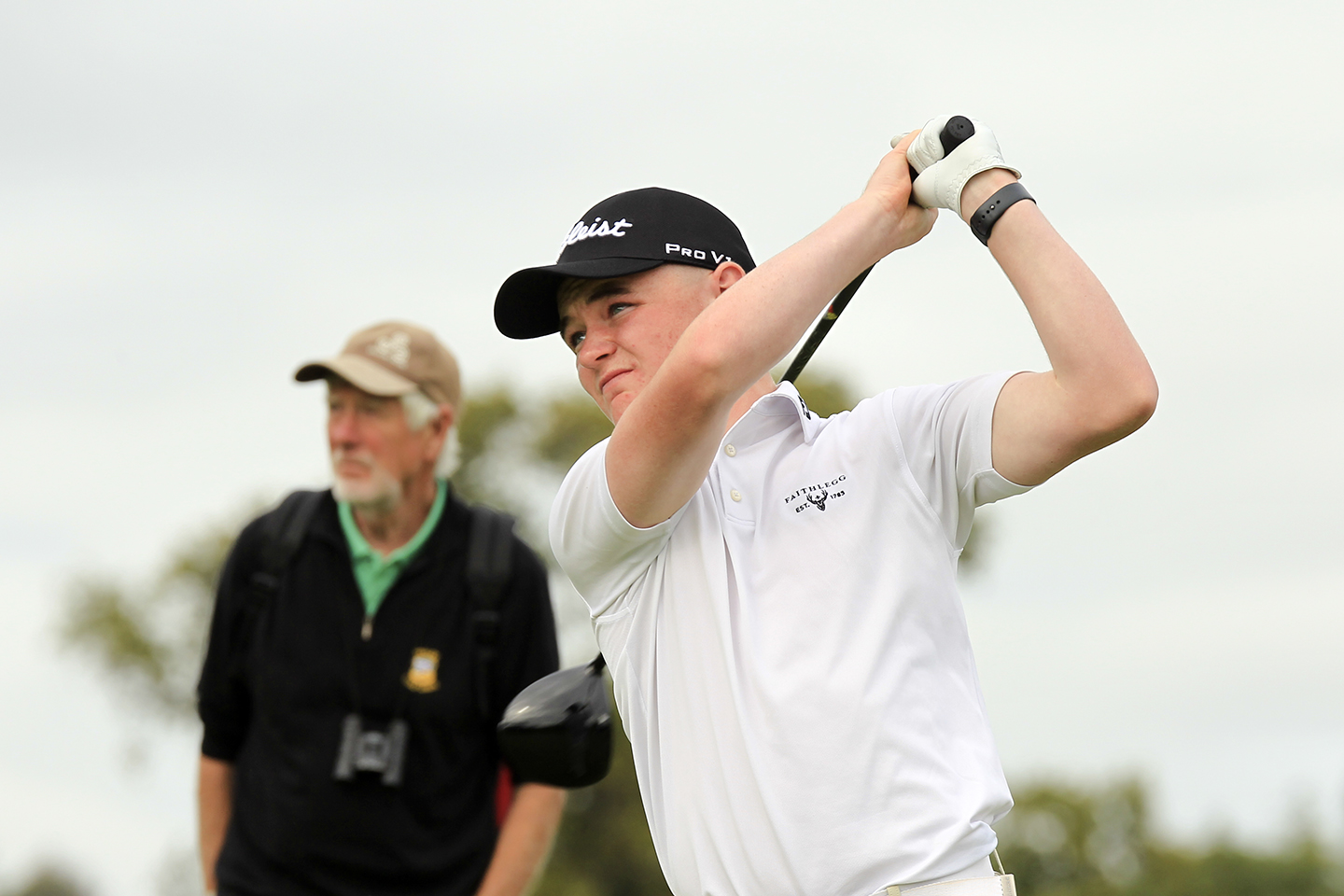 Alex King tees off the 9th for Faithlegg during the Munster Final of the AIG Senior Cup in Killarney on Sunday.