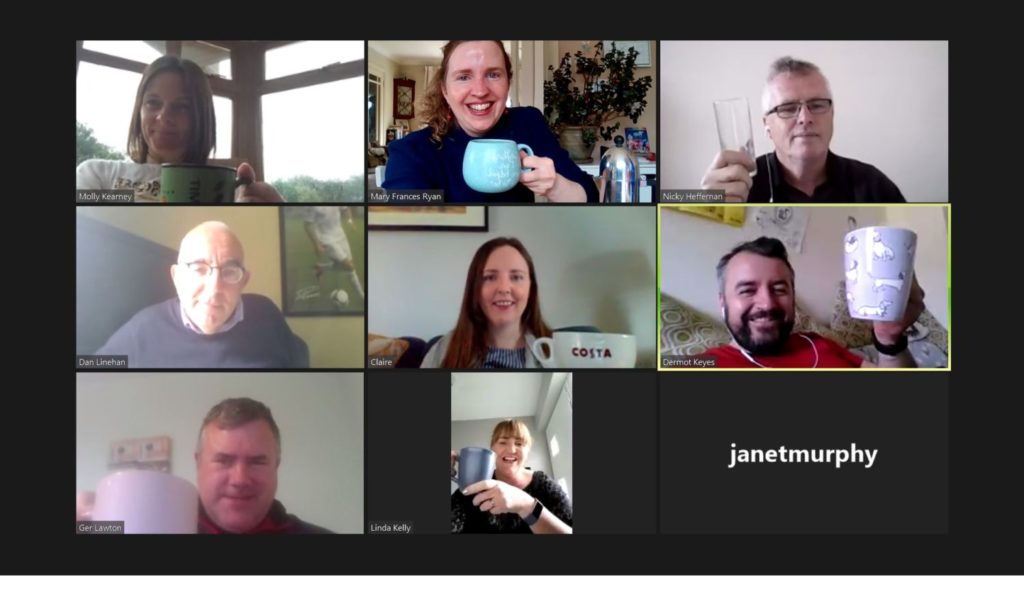 WE’VE all grown accustomed to chatting to people on the phone. At work, conference calls have been commonplace for years now and no one bats an eyelid. Now Zoom has been introduced as the new kid on the communications block and it certainly has come in very handy in the throes of the current pandemic. You’d almost think these clever Zoom chaps invented Covid 19. I haven’t had to do very much Zooming but the few meetings I have attended showed me the advantages and yet simultaneously, the disadvantages of this technology giant. I can certainly understand that if you were on it for several hours a day, how Zoom fatigue could set in. It’s also interesting how ‘Zoom’ has become the catch all phrase for video conferencing technology regardless of what platform we use to do it.

From a work point of view there are many scenarios for Zooming from the simple one on one, small teams, big meetings and, of course, presentations and learning groups. In cases where 10 or more people are logged in for general meetings you can feel a little lost and dare I say, insignificant. Unlike say in a conventional office sit down setting, you are only too aware that everyone can see you up close, appearing larger than usual on a screen right before their eyes. It’s inescapable, you’re being watched whether you like it or not.

In the event of a considerable number of attendees it’s also tricky to gauge just when to interject and have your own say when there are so many others in the mix. At an in person get together, it’s far easier to read the tone and tempo of the conversation and having your say in a more orderly fashion is more natural. In a physical setting if you do pause for thought or stop for a second people understand that, do that in the online world and everyone wonders if your connection has gone down or your screen has frozen, which causes mild anxiety for all concerned.

Can we really replace the real world face to face? I know of a famous Irish tycoon who was always willing to hop on a plane and travel abroad if necessary, just to ‘press the flesh’ as it were to initiate or secure a deal. There are great anecdotes of him travelling thousands of miles for a one-hour meeting, never leaving the airport, and then turning around and getting the next plane home. To be fair Zoom didn’t exist when he was doing this, but would it have been as affective even if it had?

Obviously, with Covid 19 restrictions and protocol, many are working from home and the offices are sparsely populated so Zoom is essential. Mercifully, one call I was in on was short and sweet and within moments of it wrapping up, I had the kettle on and was enjoying coffee and a biscuit in the comfort of my own home.

The one thing I noticed though was that the finishing up was a lot more awkward than it is when you’re there in person. We have natural unconscious signals that we all employ in the real world when something is over. We might say, “Well, thanks for your time”, and while saying that we stand up and start gathering our things. This is a non verbal clue that our meeting is over. You can’t really do that on a Zoom meeting so when it’s over we all sit there staring at each other until someone verbalises the “That’s it”.

It’s getting easier but still a little awkward. We do it easily on a telephone conversation and we can say goodbye in person but conflate the two and I think our brain gets a little confused and just doesn’t know what to do. Also in an orthodox setting too, it’s a bit less complicated for example to excuse yourself and avail of a bathroom break; again it’s the body and sign language you can use as you walk out of the room. On a Zoom call you would probably be expected to wait or possibly have gone to the loo before the call commenced. Again we rarely leave a telephone conversation and pop to the loo, but yet we do it in a physical meeting. Are we allowed do it on Zoom?

One not so obvious disadvantage of doing your business via Zoom is to expose your company/ group to a modern day phenomenon knows as Zoom bombing – sounds very dramatic. This is basically where unwanted individuals gatecrash your call.

Apparently, these uninvited guests can drop by courtesy of finding out your password, which may or may not be the fault of the company affected. In some cases, hackers just happen to be that bit too clever for firms and are a step or two ahead. Thankfully, these are rare occurrences and it’s highly unlikely that these online whizz kids will burst in on your typical workplace catch up chat given how mundane most business calls are. More than likely the Zoom bombing will come from the environment you’re in. There are endless videos of children, family members and workmen interrupting proceedings, sometimes hilariously.

In some working environments meetings mean the occasional treat offered up for participants. That’s something you can’t get out of Zoom sadly. Mind you, the donuts, sambos or pizza can serve to elongate the meeting thereby causing some to be more annoyed, thus negating the intended advantage of dishing out the complimentary nosh.

Working at home suits me and I totally abhor open plan office environments and who wants to travel to Dublin for a business meeting that you can do at home, in your shorts if necessary. Careful where your camera is pointed though. There have been some howlers seen online where people revealed more than they intended to. With the popularity of YouTube these days, that’s the last thing you want to be famous for.

Where will this all lead? Who knows what the ingenuity of the future will allow us to do? For the moment, we will just have to get used to doing things differently and no doubt a whole new etiquette will evolve around Zoom so we all know what to do and how to say goodbye efficiently. It’s not that bad at all.