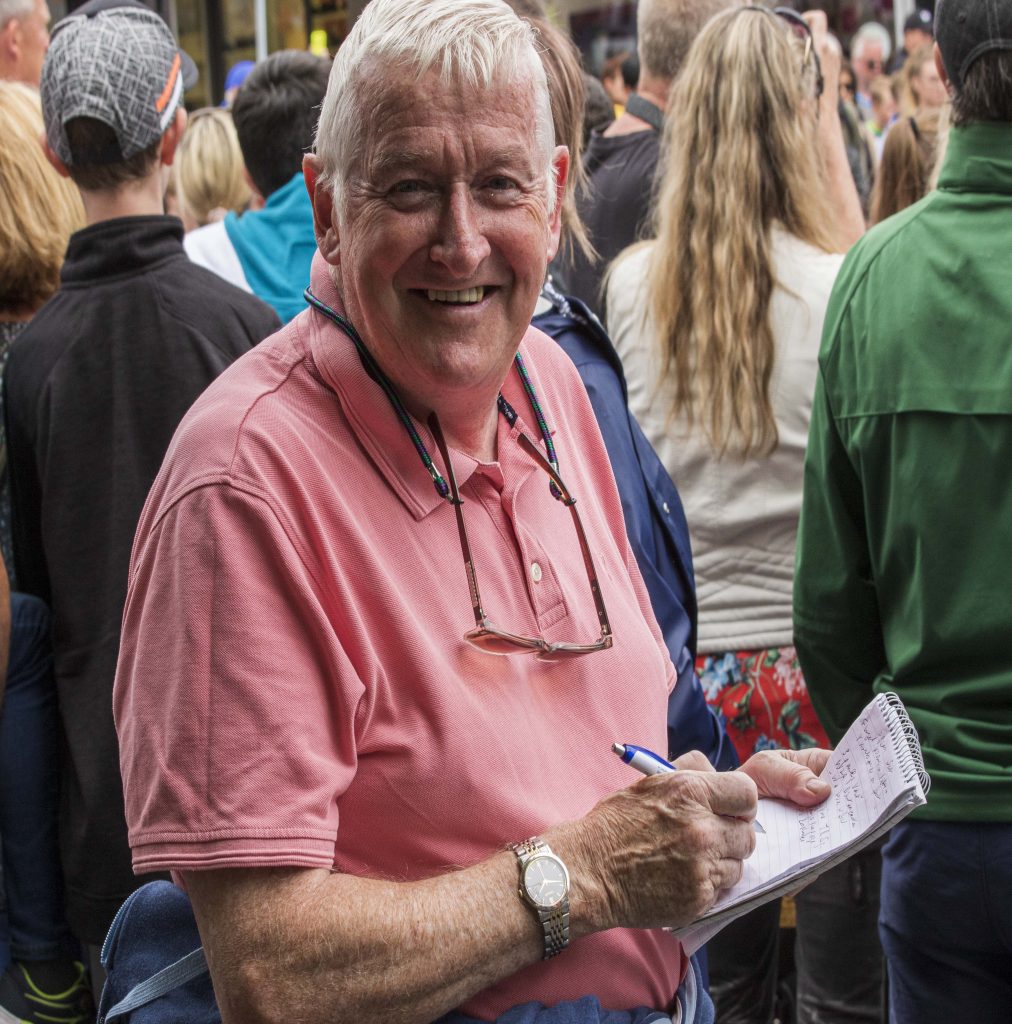 GEORGE Lee is back and my paranoia has returned. A bit like Sherlock Holmes whenever Prof. Moriarity showed up to steal a jewel that would cause world peace to collapse and civilisation as we know it. To be fair to George, he has the facts at his finger tips and conclusions to go with them.

Except… I just never feel quite convinced any more. Remember those promises of “if we all keep doing what we should be doing, it’ll all be over in 12 weeks?” I thought we had done all that. Social isolation and lockdown with older people walking around their houses for exercise while not talking to anyone. It’s a wonder pensioners didn’t take to climbing the walls instead of circling them. Still we could suppress the virus that now, alas, just refuses to pack its bags and leg it to some more exotic destination.

Lockdown fatigue is setting in and the whole notion of sacrifice and reward has been turned on its head. The end-point that we all had in mind seems to have been a semi-colon and not the full-stop we were hoping for and that light at the end of the tunnel seems to have been another train approaching on the same track we’re using ourselves.

‘We’re between the before and after lounges where the journey always seems to be a Groundhog Day loop of Covid stats and warnings.’

Psychologists warn us about media fatigue; that stage we all come to when we can’t simply take any more bad news. Older readers will remember ‘switching off’ when further atrocities in the North were announced every evening on the RTE news for some 20 years or more. Other crises come and go; floods, Irish Water, banking. Even Brexit doesn’t seem to cut it anymore, for God’s sake. But Covid 19 is like the fart in the old Volkswagen Beetle that just won’t go away.

There just doesn’t seem to be any sign of an ending. An upside was posited. This virus was supposed to be a wake-up call that would bring us from our current state of ignorance to a higher plane of understanding – about climate, environment, society, each other.

So many turning points that just never seemed to turn.

Willy Loman in Arthur Miller’s ‘Death of a Salesman’ confessed to always “feeling temporary about himself”. Nothing lasted. Especially opinions and knowledge. Poor Willie was always between one stage and another but never destined to arrive. Willy’s life was always ‘the inbetween’ of two stages. Only later did he discover that his life was really one of permanent crisis between the two stages of departure and arrival. Willy never journeyed to where he actually wanted to be.

A bit like us really. We’re between the before and after lounges where the journey always seems to be a Groundhog Day loop of Covid stats and warnings. That transition state we were determined to endure because there were better times ahead seems pretty permanent now. No talk of vaccines now, folks. Just containment and avoidance and confusion. As the Cheshire Cat advised Alice, “if you don’t know where you’re going, it doesn’t really much matter which road you take.”

Still, aren’t we just dead lucky to have such highly qualified advisors to tell us what to do with ourselves? Like the 10 junior ministers that hired their own special advisor this week at around €100k a pop. One thing is certain; they will all contradict each other and leave us even more confused.

Sadly, we’re forced to choose our own advisors come from a cast of extras; Facebookers who have that sixth sense that enables them to see dumb people. Everywhere.

My good friend Pádraig Ó Gríofa this week explained how handy it is to qualify as a Facebook doctor. Online classes in medicine are available to the Ballybricken ‘millons boy, mmmillons’ (all at the same time btw) and ‘best of all’ says Pádraig ‘no enrolment fees or intelligence is required’. Here on this medium, lack of medical knowledge or experience need never inhibit you from giving advice. It all reminds me of a stall at an open-air market in Marrakesh that will qualify you to be a dentist in three hours. I can’t imagine any waiting time for would-be patients, though.

I’m afraid we’re here for the long haul, folks. Social distancing, masks, quarantines, working from home is the new normal. The now between yesterday and tomorrow.

We’ve been here before.

A View From The Green Room: Tom Crean – Antarctic Explorer