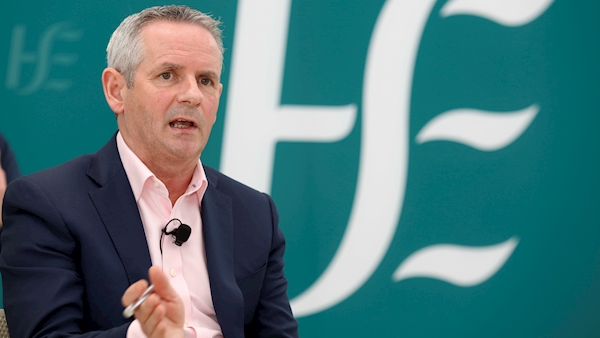 The director general of the Health Service Executive (HSE), Paul Reid has expressed concern about attempts to categorise younger and older people with regard to Covid-19.

“I don’t think that works for Ireland. Proposals for a separate approach for older and younger people won’t work,” he said.

Mr Reid said he understood that people were looking for “a major new approach. We can still live our lives, just in a different way.”

There is a need “to call out” behaviour such as that seen in Galway on Monday night, he added, pointing out that young people were also contracting the virus with 26 per cent of the cases in the past week in the 15-24 age group.

Those people were then going home and transmitting the virus to their parents and grandparents with 75 per cent of outbreaks in the home, he said.

But it is not just about young people, it is about all societal engagements and how they were organised. The pandemic was a situation of which people had no experience, added Mr Reid.

Ireland is doing “relatively” well in comparison with other European countries, but Mr Reid is concerned about the number of people in hospital with Covid-19 which makes it even more important to call out bad behaviour.

He said it is necessary to galvanise young people. “It’s about keeping people with us. Young people have made huge sacrifices. When they connect with a big issue, they are our greatest ambassadors.”

Mr Reid repeated the warning that “this will be a winter we’ve never experienced before” and the aim of the health service would be to protect the public from flu and Covid-19.”Our priority is to keep people out of hospital.”