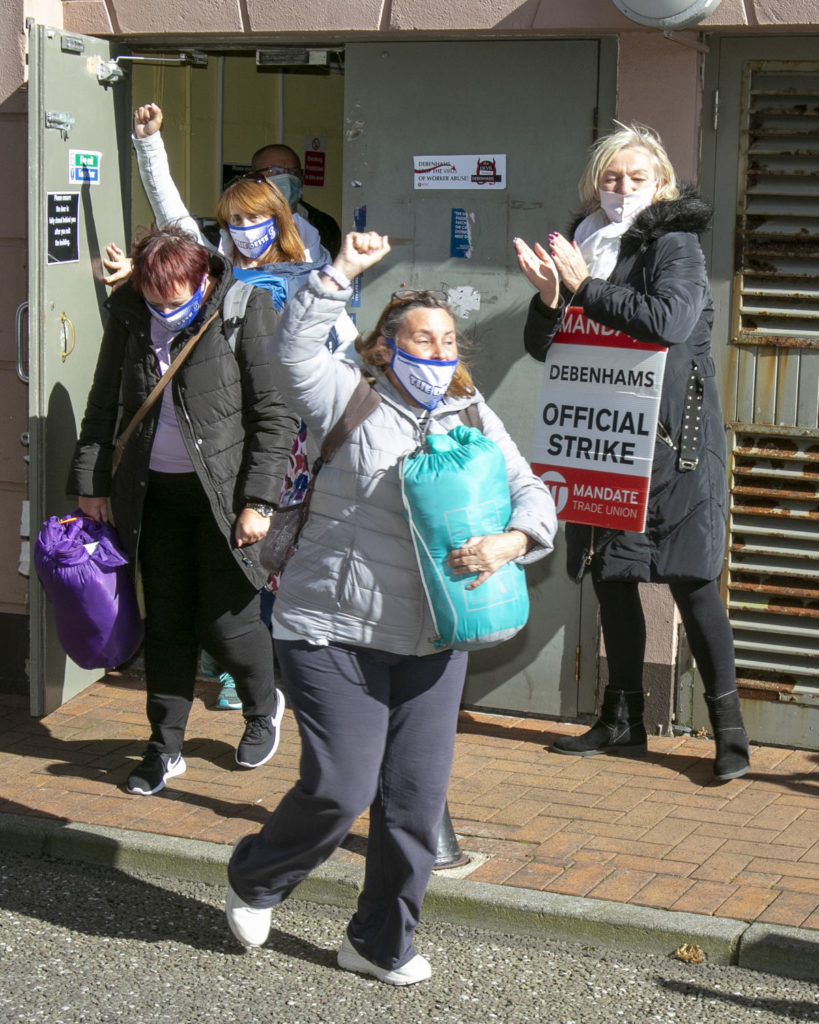 The Deise 5 end their sit in at the Debenhams Store in City Square. Photo: Joe Evans

The protestors spent four nights sleeping in the canteen of the store before meeting with Waterford politicians, Minister of State Mary Butler and TD Marc O’Cathasaigh, at the picket on Friday morning.

The former workers presented a list of demands to Minister Butler and Mr O’Cathasaigh, including that the Government would provide a concrete timeline on the implementation of the Duffy-Cahill report to protect workers in the future.

Neither Ms Butler nor Mr O’Cathasaigh signed the pledge from Mandate Trade Union. Speaking to the Waterford News & Star they said they had taken a copy of the document to look over before agreeing to sign it, in order to ensure the list of demands could be met.

Ms Butler, who has previously met with former Debenhams workers on the picket, said she believes they were treated “poorly” and “in a shabby way” by Debenhams. “I believe they used Covid as an excuse to leave Ireland and not pay them. It’s unfair,” she said.

A stakeholder forum will be established in the next three weeks to deal with the issue of the Duffy-Cahill report, the Minister said.

Overall, 58 former Debenhams workers were let go from the store in Waterford. The decision to end the occupation was made as the former workers felt they’d achieved most of what they set out to do and “raised a lot of awareness about our plight.”

Shop Steward Michelle Gavin said she was “disappointed” that neither Ms Butler or Mr O’Cathasaigh signed the pledge on Friday. “We voted them in and we wanted their support. I feel they’re letting the workers down,” she said.
Ms Gavin said the Debenhams stock was “the workers’ leverage” at this point and that they would now be focusing on ensuring “a strong picket” in stores around the country. 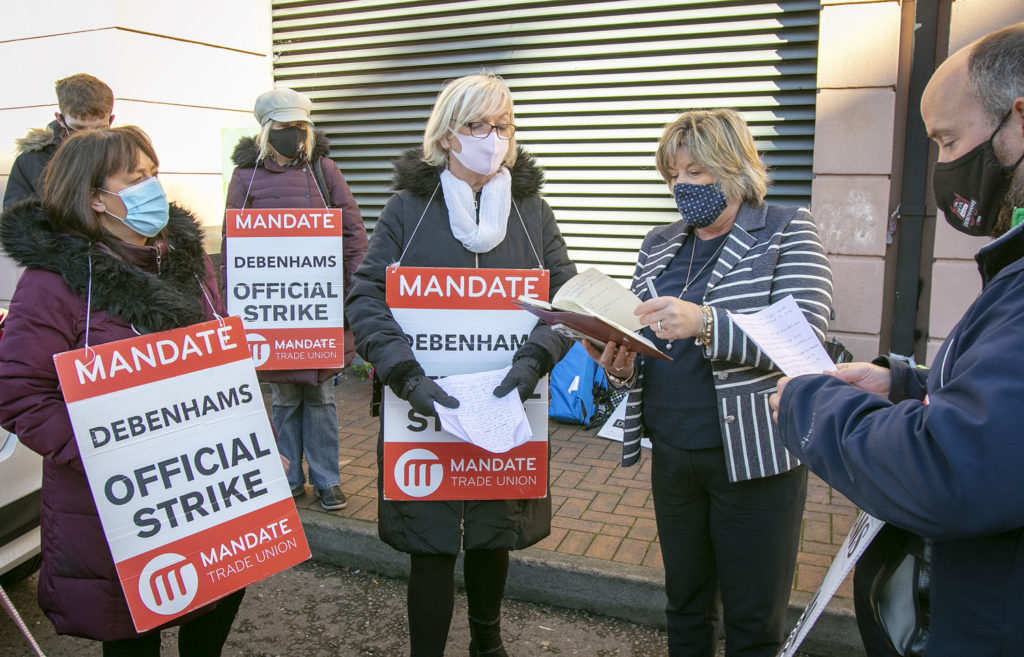