O’Donoghue in Munster team to face Scarlets in PRO14 opener 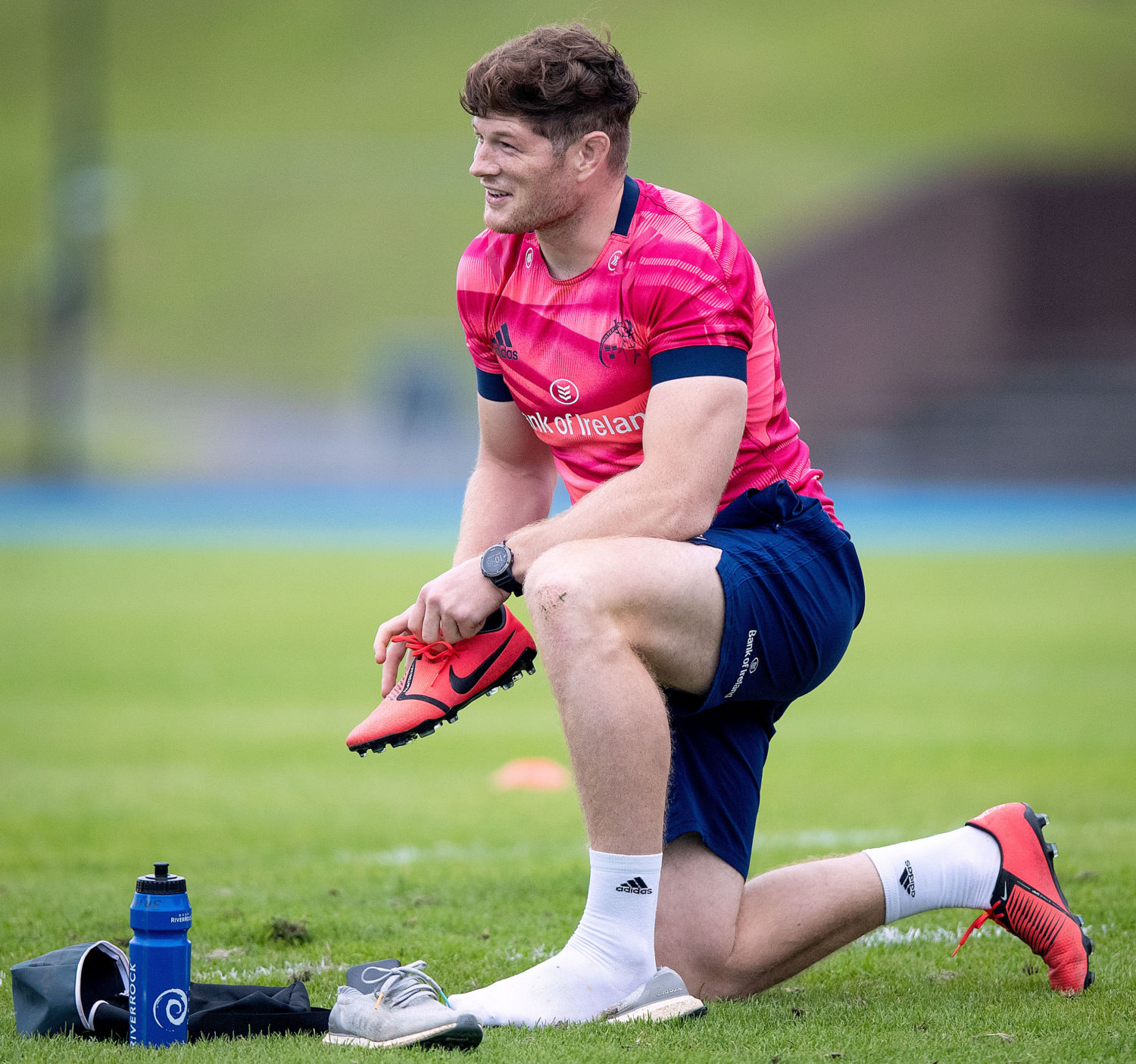 Jack O’Donoghue in training with Munster ahead of Saturday’s PRO14 opener in Wales. Photo: Inpho.

The Woodstown man will wear the number seven shirt and will be joined in the backrow by captain, Peter O’Mahony and CJ Stander.

In the back three, full-back Mike Haley and Darren Sweetnam make their first Guinness PRO14 appearances since February with Andrew Conway starting on the right wing.

Damian de Allende and Chris Farrell form the centre partnership with Craig Casey and JJ Hanrahan in the half-backs.

James Cronin, Rhys Marshall and John Ryan pack down in the front row with Jean Kleyn and Tadhg Beirne, who faces his former side for the first time, in the second row.

Munster Rugby are offering supporters the chance to have a cardboard cut-out of themselves in Thomond Park for the opening games of the Guinness PRO14 season.

The cut-outs will remain in place while the stadium capacity is limited.