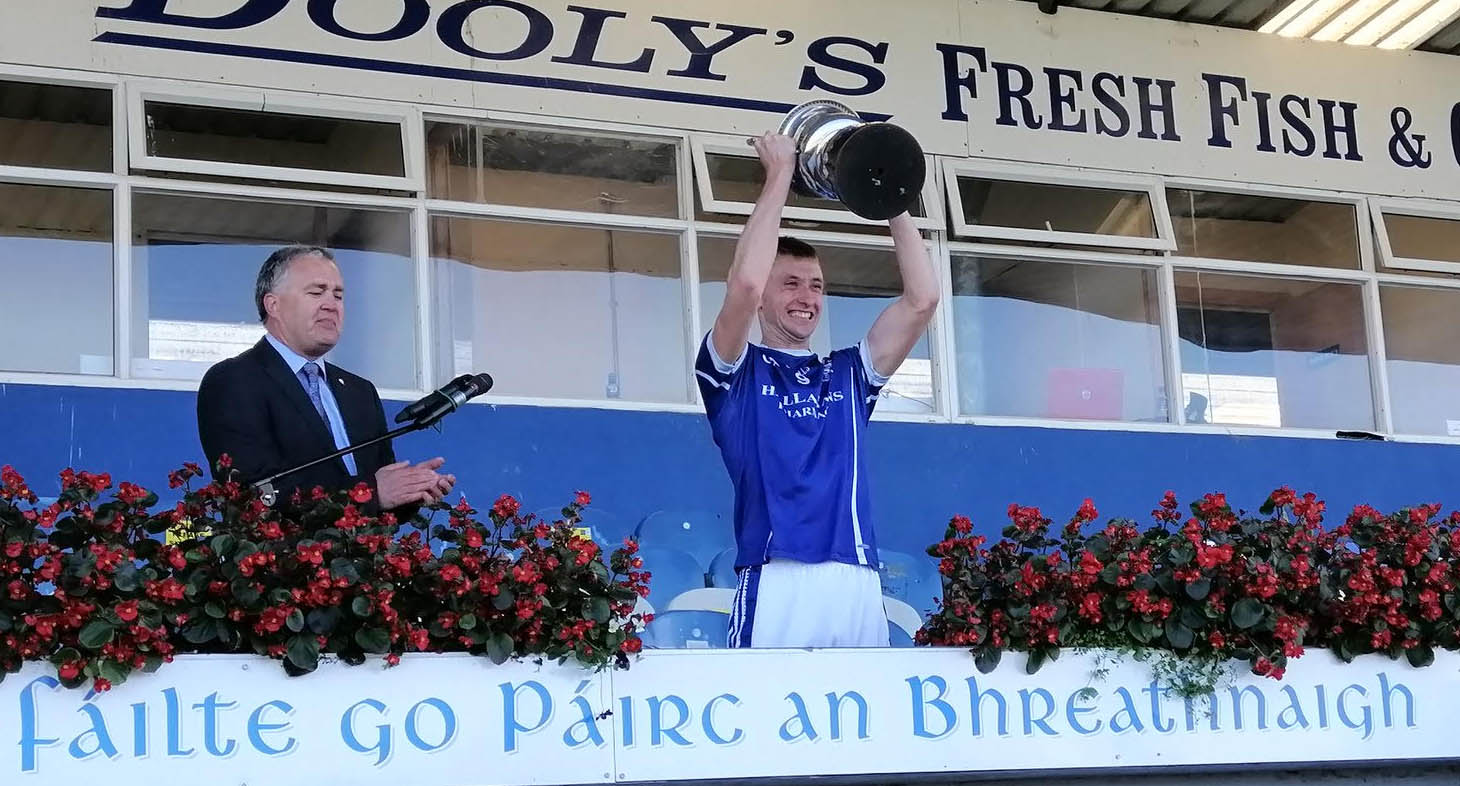 Jack Lacey lifts the Cup after the presentation from Co. Board Chairman, Sean Michael O’Regan, after their Co. Final win over Kill in Walsh Park.

Dungarvan are back in the senior football ranks for 2021 after they overcame Eastern champions, Kill in Walsh Park this afternoon.

There was little in it in the opening quarter and at the first water break it was Dungarvan who led on a scoreline of 0-3 to 0-2.

Points from Gavin Crotty, Kieran Power and Jack Lacey saw Dungarvan lead at the half-time interval on a scoreling of 0-8 to 0-3.

They extended that lead in the third quarter and at the second water break Dungarvan had six points in hand on a score of 0-12 to 0-6.

Kieran Power was the Man of the Match with four points from play.