Ryan: €1m per day to be spent on cycling and walking infrastructure in Budget 2021 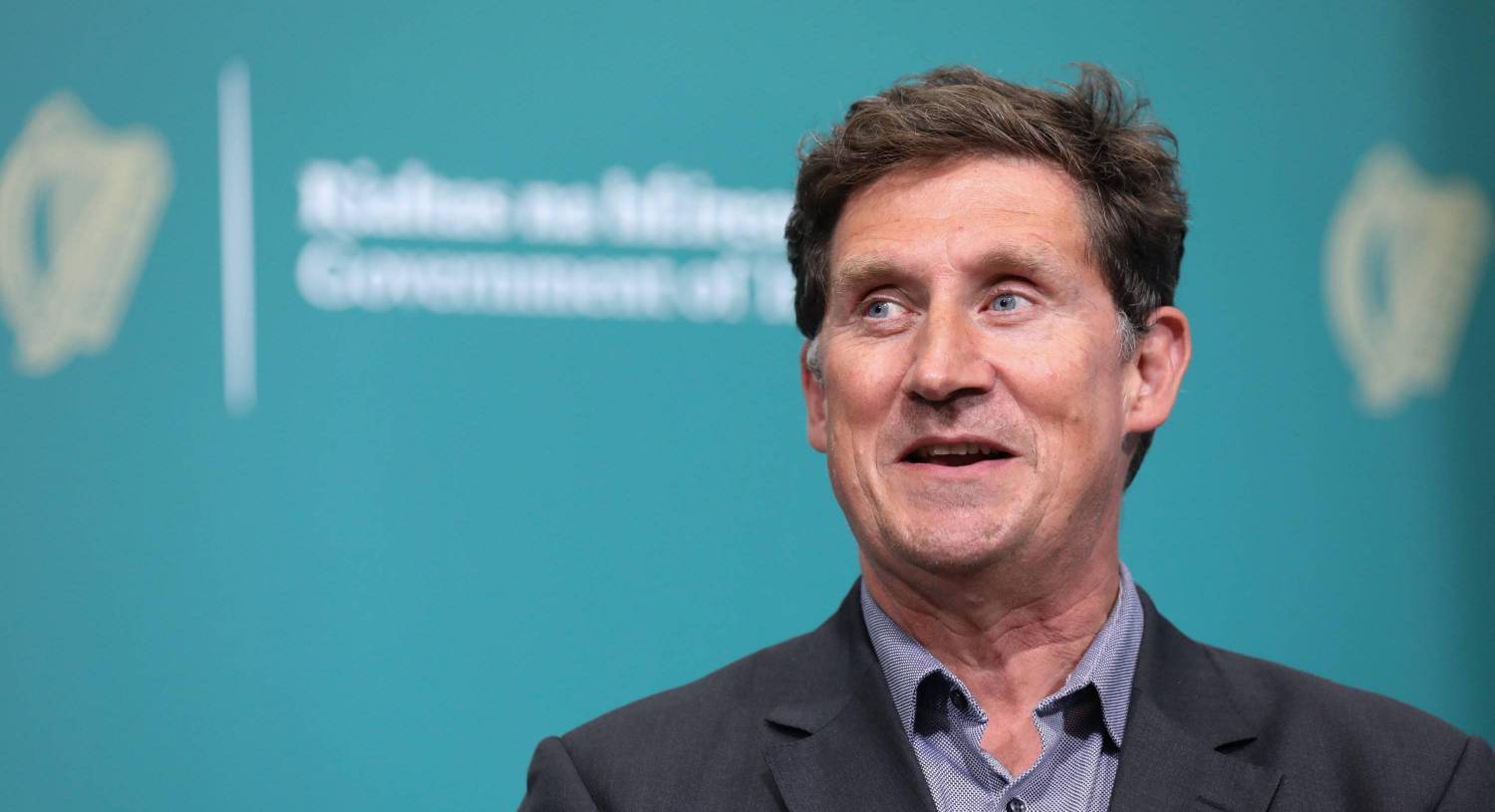 The Government intends to spend at least €1m every day on cycling and walking infrastructure in the upcoming budget, the Green Party leader has announced.

Eamon Ryan said that he also expects to target three quarters “of the massively enhanced retrofitting budget” on low income and social housing.

Speaking at the Green Party’s National Convention this evening, he said: “If Covid-19 has reminded us of anything it is surely that we are not immune to threats that come from stress to our natural world.

“In this bigger crisis there is no vaccine or recovery plan that can protect us. We have to act now, and I am confident that the Irish People and our Government will be up to it.”

The next year, Mr Ryan said, is critical if we are to avoid climate catastrophe.

In a bid to prevent ecological collapse, next week, the Green Party will introduce a new Climate Action Amendment Bill. The legislation aims to make Ireland carbon neutral by 2050 and to reduce greenhouse gas emissions by at least 7 per cent per annum for the next ten years.

“My ambition is to have the bill enacted in time for the fifth anniversary of the signing of the Paris Climate Accord by the 15th of December next,” Mr Ryan said.

But Ireland must also work internationally to prevent irreversible environmental damage and the upcoming United Nations Framework Convention on Climate Change in Glasgow will either “change the course of history and introduce a sustainable economic system or else fail and allow the destruction of our natural world,” he said.

A circular economy which would reduce waste at source and encourage recycling has already been introduced by the Greens in Government this year which is working to stem plastic pollution and reduce costs to consumers, he said.

And he called for new housing developments across the country to be built a 15 minute walk or cycle to high quality public transport.

Work has begun on improving solar and wind power in Ireland so that the country may meet its target of generating 70 per cent renewable electricity in 10 years time, he said.

And Mr Ryan committed to ramping up supports for community energy generation projects in order to meet this renewable energy target.

”Reflecting back on the last year there are signs of such hope despite the hard times,” he said.

“For the most part we pulled together and acted in social solidarity to try and keep the virus at bay.

“I believe the core commitment of the Irish people to work together through this pandemic is still intact.

“We have a particular challenge in Government to try and get the balance right between saving lives and protecting livelihoods. No doubt we have made mistakes, and in all likelihood we will not get everything right in all the hard calls ahead but I still have faith in our people and our public administration and democratic system to get us through.”

Also speaking at the convention, Green Party deputy leader Catherine Martin TD, Minister for Tourism, Culture, Arts, the Gaeltacht, Sport and Media said that this year has been hugely challenging.

“This has been a year like no other, for our planet, our society, our global community – and for us in the Green Party,” she said.

“It has been a year filled with incredible challenges and heart-breaking tragedy. Covid-19 has caused pain, isolation and has hit many of the most vulnerable in our society in the cruellest way possible. But we as a people have proudly banded together to protect each other.

“As Minister for Tourism, Culture, Arts, the Gaeltacht, Sport and Media, I am acutely aware of the impact of this pandemic on those under my remit – artists, the tourism sector, sport from every level from the elite to the local community. They were the first to be hit, and they will be the last to recover.”

The impact on the most vulnerable in society, those who are homeless or in direct provision, has also been horribly heavy, she said.

The elderly and the chronically ill have also suffered with worry, anxiety, loneliness and disconnection due to Covid, she said.

“The pandemic is testing our resolve, our resilience as a nation, as a people like never before,” she said. “It is important whilst we have robust debate and question decisions, that we as a country, as a people, pull together.

“Now is definitely not the time for any political opportunism,” the deputy leader said.