Well Said: Annie Birney on the bliss of Blasket life 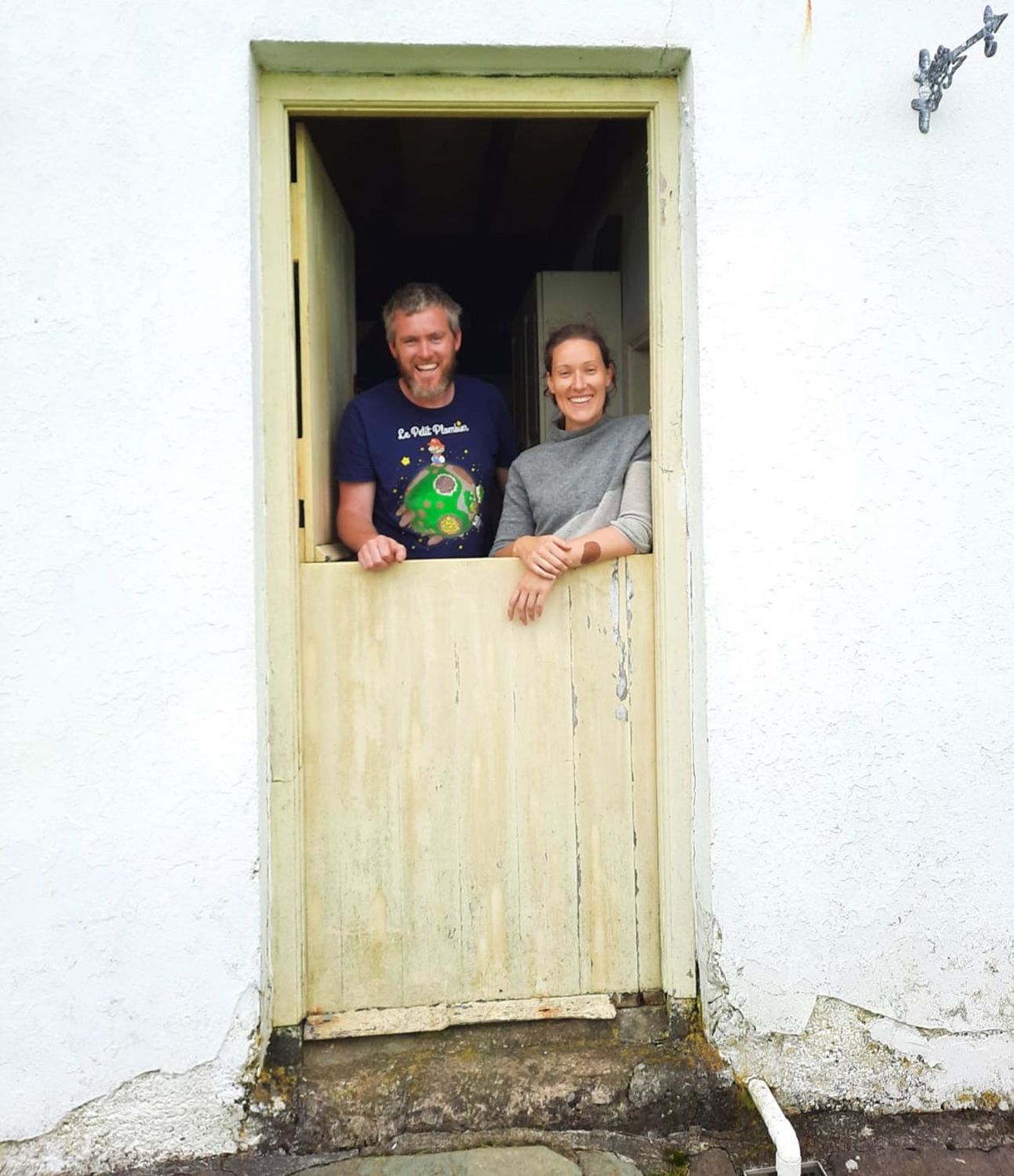 Annie Birney and Eoin Boyle, whose time on the Great Blasket Island drew to a close on Thursday last.
Photo: Orla Murray

“WE were imbued with the sound of the wind that blew in from the seashore, beating in our ears every morning, clearing our brains and rinsing the dust from our skulls.”

Tomás Ó Criomhthain, author of ‘An t-Oileánach’ (The Islander) is, I’d wager, the second best-known resident of the Great Blasket Island, his fame on Europe’s most westerly point bettered only by Peig Sayers.

Speaking to the Waterford News & Star on what was “a lovely sunny day on the island,” Annie Birney struck me as being joyously imbued by the novelty of living on the Great Blasket with her partner Eoin Boyle since April.

Annie, who grew up on Amber Hill, not too far from Knockaderry Lake in Kilmeaden, is now re-acquainting herself to ‘civilian life’ having returned to the mainland on Thursday.

“From October on, the crossing across the Blasket Sounds gets quite unpredictable,” said Annie, who previously worked with Waterford Treasures during its Granary-based incarnation.

“The season normally runs from about the start of April through to the end of September, but it didn’t quite work out that way this particular year.”

Annie and Eoin proved the victorious applicants for what must rank as the ultimate rural summer job: caretaking on An Blascaod Mór and maintaining the island’s holiday homes for their lucky residents. Alas, the Covid-19 restrictions meant the Dublin-based couple couldn’t make it onto the island (13 kilometres from Dingle) until the end of June.

“Yeah, it was a bit of a rollercoaster from finding out we were lucky enough to have gotten the position. We went straight from that to wrapping up our lives in Dublin; we both handed in our notices (Annie had worked in the Education Department at the National Museum of Ireland), letting our landlord know we wouldn’t need our flat anymore. Then around the Saint Patrick’s Weekend, when everything started to close down, we got the news that the accommodation wouldn’t be opening on the island for the foreseeable future so we were living week to week from then on…and then at the end of June, we got the good news, packed up and got ready to get into the mindset for the summer- we were just delighted. And even though we’ve ended up spending half the time we were scheduled to be here, we’ve never lost sight of how lucky we’ve been to be here for three months, it’s been so special; there’s such a different rhythm to life here.”

Life on the Great Blasket is akin to entering a portal that takes one back to a bygone time in the Irish countryside, save for the wind turbine which provides electricity to charge a mobile phone. There remains no central heating, hot showers or WiFi on the island, something which is highly unlikely to change any time soon.

“There are three cottages on the island that people stay in,” Annie explained when talking about daily Blasket life. 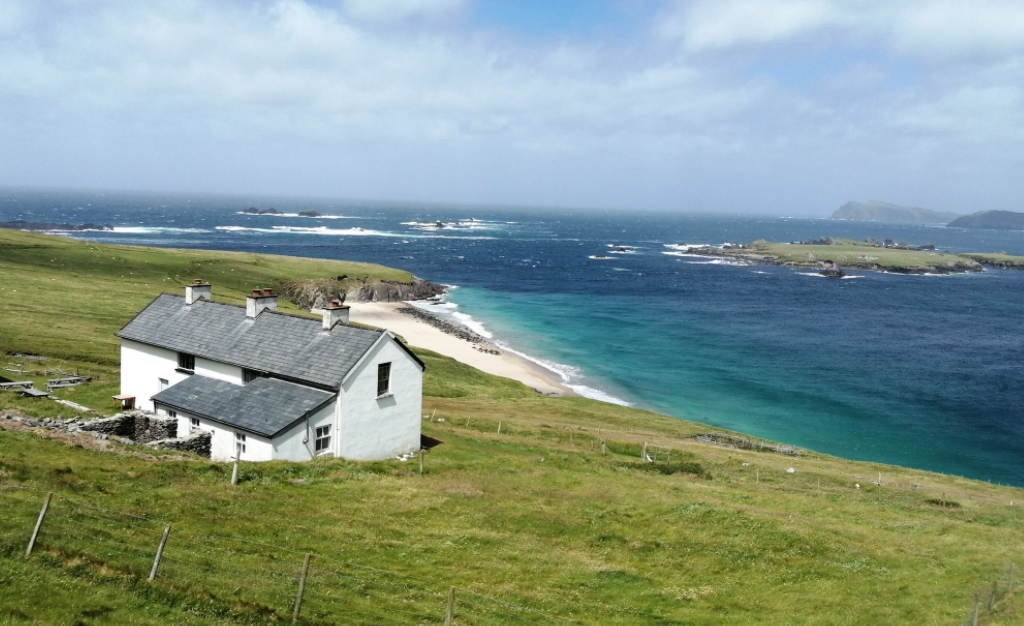 One of the many glorious views Annie has enjoyed during her summer on the Great Blasket.

“We’d normally only have around four hours to turn around and keep those cottages really clean and ready for the next arrivals. Now we’ve been doing that in rather unusual circumstances because there’s not really electricity on the island – we’ve one plug in our house that can charge a mobile phone – but in terms of the cleaning, it’s a lot elbow grease. So between 10am and 2pm, we power through the work and from two o’clock, we’ll keep an eye out for the boat (the Peig Sayers) which Billy (O’Connor) skippers. So we then take the new people through a few safety measures in the houses – health and safety is important on the island since if anything does go wrong you’re calling he Coast Guard. Stoves heat the houses here and candles provide your light for the evenings. We let them settle in while we pop back to the boat with the bed linen and towels from the previous day along with whatever rubbish we might have from our house, give that to Billy, then Billy hands us over the fresh bed linen and towels and we hike them back up the hill to the houses along with the shopping (groceries are ferried over every two or three days). We then get the bed linen ready for the following day and that usually brings us up to 3:30 or 4pm and by then the afternoon is our own to explore or maybe enjoy a paddle. They’re interesting days – it’s not Monday to Friday – we’re just going as long as the weather is good and the crossings keep coming, bringing over guests. It’s a short day working wise but it’s quite intense.” 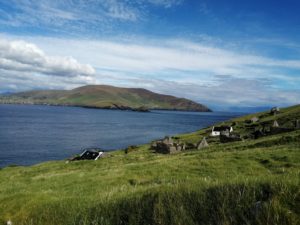 With the combined experiences of lockdown in Dublin and life on the Great Blasket now in the ledger, Annie (daughter of Jane and Des) and Eoin don’t intend to return to urban living in the long term.

“We’d been thinking about that for a long time anyway; Eoin’s family is from Dublin and we’ll probably always have a connection with Dublin and not be too far away but we’d love to live in the country; it’d be very hard to go back to the bustle of a city after all this quietness…

“When you’re walking through the Bun a’Bhaile (the old village) and thinking of all the life that was here and all the books that were written, those times weren’t all that long ago. It’s incredible to walk the same paths that the people you read about, to think about what life was like a generation or two ago, a time when electricity wasn’t common. And to think about what it must have been like here during winters on this island, where the weather rules your life. You’d have such respect for the people who lived here and we’ve never lost sight of that.” 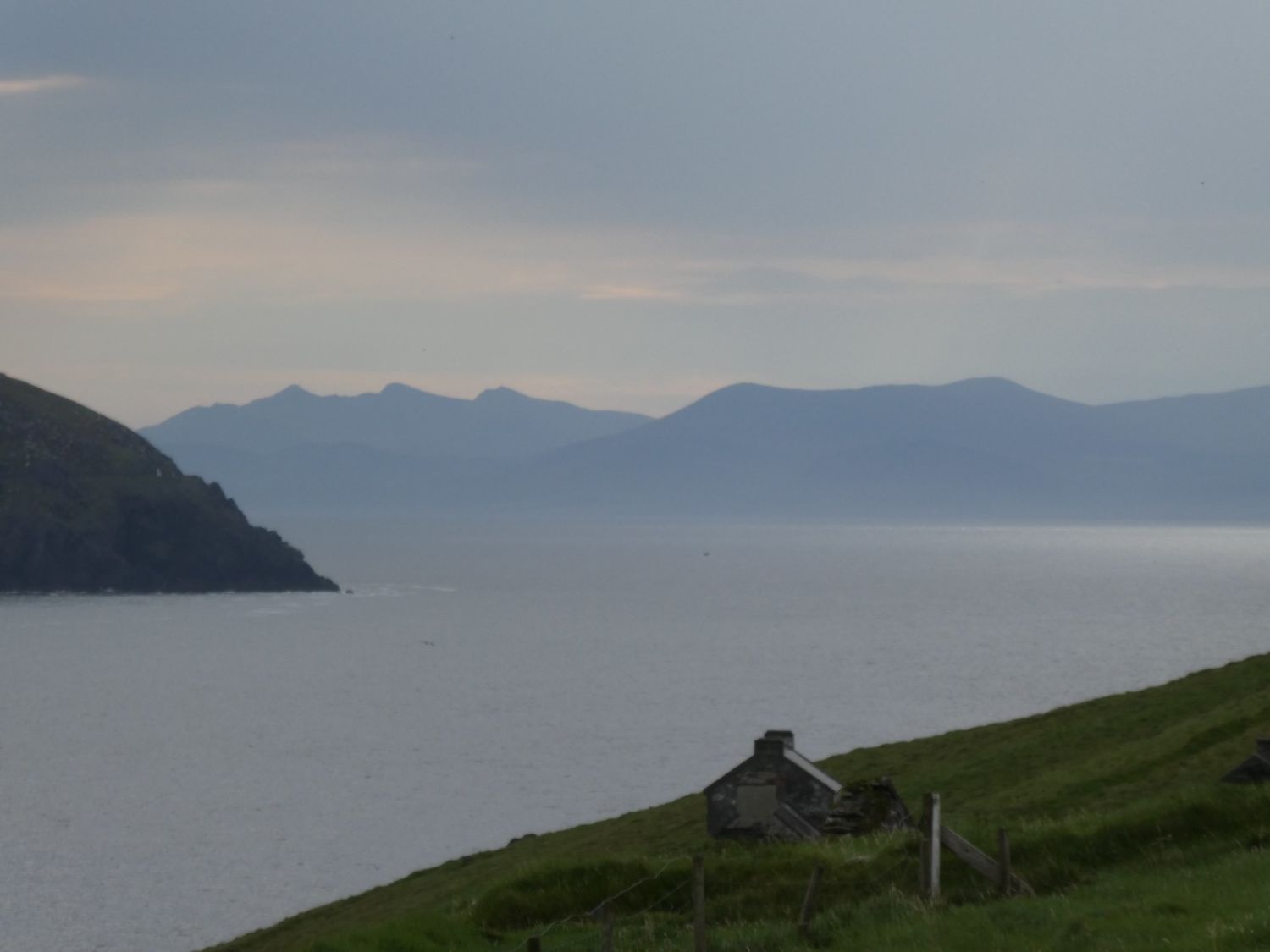