Great day for Roanmore, Gailltír and Erins Own 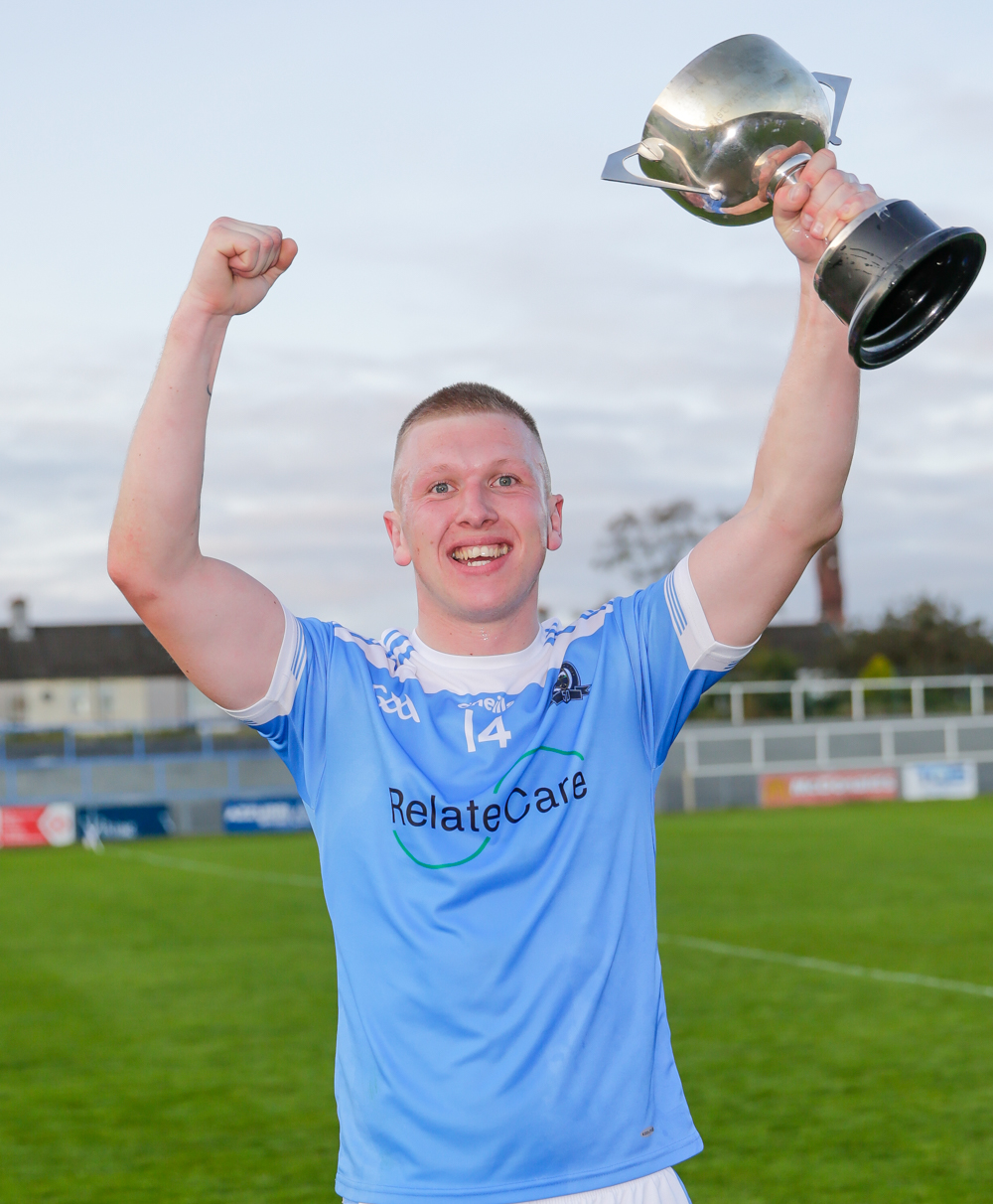 Roanmore captain Paul Sullivan today lifted the County Cup after last week lifting the Eastern Cup after their win over the Shamrocks in the Co. JAFC Final in Walsh Park. Photo: Maurice Hennebry.

Roanmore are celebrating this afternoon as they won their first County Junior Football title since 1980, after proving too strong for Western champions, the Shamrocks, in Walsh Park.

There was little between the sides in the opening half and at the midway point in was the Eastern champions who led by 0-4 to 0-2.

It was one-way traffic in the second-half s Roanmore rattled off six white flags without reply and then added a goal though Sean Roche with five minutes to play to put the result beyond doubt. They added two more late points as Shamrocks failed to score in the second-half.

The final score read 1-10 to 0-2 in favour of Roanmore who will now play in the Intermediate ranks in 2021.

All-Ireland intermediate camogie champions, Gailltír (pictured below), are into their third Munster Intermediate Camogie final on the trot after they got the better of Cork champions Enniskeane today.

The sides were level at the break on a score of 0-7 each but the Waterford champions upped the ante in the second-half and ran out easy winners in the end on  score of 1-17 to 0-9.

In Munster Ladies Football action, Erin’s Own had a brilliant win in their Munster Intermediate quarter-final clash with Thurles Sarsfields of Tipperary on score of 3-1 to 0-5.

At the same stage of the Munster LGFA Junior Championship, Tramore where well beaten by Cork’s Valley Rovers on a scoreline of 5-7 to 0-5.