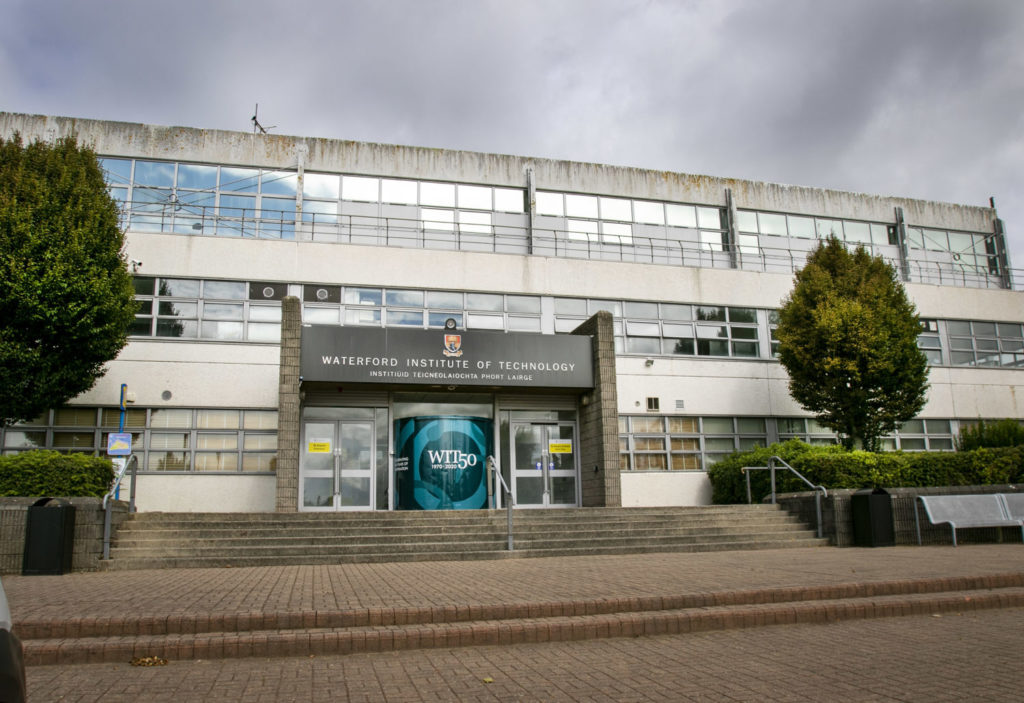 THE first of these columns appeared here on October 8, 1985, in response to a comment by the then city manager after the launch of the Bannon Report proposing a university for Waterford. “It will never happen!” Thirty five years after that comment we still await university designation. Nearly 100 years after the first University action Group was founded we are still fighting.

This paper reported on March 29, 1945 that, “A meeting of the Waterford University Committee, the Mayor presiding, was held in the City Hall on Tuesday, at which an important discussion took place, favourable progress being reported.” Progress was made until UCC president Alfie O’Rahilly opposed the proposal that Waterford’s De La Salle teacher training college (closed 1936/9) should be a college of the National University of Ireland. Some things never change.

In 1985 a belief in policies, fairness and equity in this country seemed reasonable. Sensible demands backed by a strong case would be supported by government. Now we know these mean nothing and political power is everything. Ask Simon Coveney. Following the recent announcement by WIT and Carlow IT that a TUSE is on the horizon for January 2022, it is interesting to watch the public machinations of Carlow IT. Half page job ads in the national press and a tender for a new corporate HQ in Carlow. Bigged up for the past 10 years by Fine Gael no doubt, while Waterford city, which made all the running on university designation, has been ruthlessly starved of resources, budgets slashed, investment postponed, has been shafted? Why would people vote for Fine Gael after the past decade? In the hope that we may be better treated in future?

‘It will eventually be the stuff of social history dissertations, that two top government ministers, Phil Hogan and Brendan Howlin, in a coalition government elected on a platform which included a university in Waterford, lifted not a finger to bring that about’

Taoiseach Varadkar came here in July 2017 to tell us he loved us and would not forget us. People actually swallowed it, a speech forgotten as the official car sped down the N25 to Cork to drop €30m largesse on some now, anonymous project, lost in the sea of state investment at Leeside?

Last week, Wexford’s Fine Gael senator Michael D’Arcy jumped ship to the private sector. As a TD you get a chance to deliver for your people. Those people are usually callous enough to you. We lionise Martin Cullen now for all he achieved, but at the time he was portrayed as another sleveen, and got a rough ride. With social media, this roughing up is now almost instant. D’Arcy, like Ivan Yates before him, realised that it is not possible to lift Wexford out of its poverty. Better to focus on your own poverty? Having provided the good people of Wexford with two decent roads to get out of the place, the new Enniscorthy and New Ross bypasses, the Wexford ingrates voted him out. I suppose a proper regional hospital and university were just too big a political ask? D’Arcy is taking the money and running away, he has some smarts after all.

With Wexford’s Senator D’Arcy gone, and Senator Cummins without the whip, now there are just two Fine Gael Oireachtas members from the South East left. I interrupt this column to wish JP Phelan a speedy recovery. He kind of is the Sam Bennett of the Kilkenny/Waterford border, but he butters his bread for Kilkenny. Anyway, two from 14 does not make for an overall majority for a party making a claim to leading our people. Has Fine Gael got the message yet?

The Technological University comes into focus again. It was good to see Carlow IT tweet about its massiveness. It must be hurtful to be the fourth largest supplier of higher education to the people of the South East. Of the five thousand or so brave souls who did the last proper leaving certificate in the four counties of the South East, around one third went to WIT, 1,600 people. 450 went to UL and UCC, 9% each. 400 went to IT Carlow. For every single student who went to Carlow, four went to WIT. IT Carlow have had a campus in Wexford for 20 years, and yet 30% of Wexford leaving certificate students go to WIT, 10% go to Carlow. It must sting. IT Carlow are really just one more tweet away from being bigger than Kayne West, but on all other university measures Carlow is a minnow.

WIT has 150 PhD students registered, to Carlow’s 18. Carlow IT is only starting out on the research journey that WIT has been on for 30 years. The balance sheet of WIT is around €129m, Carlow is €52m in its most recent accounts. That is the normal basis for valuing the relativities of entities in a business merger, what assets are being joined? Being generous, IT Carlow is around a third of the size of WIT. Yet Wexford TDs want more of this IT Carlow style magic.

Around €6m has been put aside since Brendan Howlin was an important Minister to buy a field in Wexford to take on the might of the Dublin universities and WIT. €6m is about the cost of a decent primary school for 300 kids. Wexford has an institute of technology and it is WIT. Leaving certificate students vote with their feet and south eastern students have resoundingly voted to go to WIT. No Wexford TD (or indeed Kilkenny TD) has ever lifted a finger to help WIT, the home of the bulk of their students. The immense tragedy of that simple statement for the South East, should be written across the sky in huge letters.

It will eventually be the stuff of social history dissertations, that two top government ministers Phil Hogan and Brendan Howlin, in a coalition government elected on a platform which included a university in Waterford, lifted not a finger to bring that about and in all probability did everything in their power, for populist political motives, to prevent it coming about. A nod from either of them would have been enough, just as it would have been sufficient to have 24/7 cardiology developed in UHW. Could we hope and pray that the semblance of regional political understanding which has crystallised around the latter acute medical aspiration, whose need was further underlined when a Kilkenny TD recently had a major heart attack, might just be the first glimmerings of understanding of the university issue?

Wexford’s gene-pool Fine Gael TD Verona Murphy pushed a new Wexford micro-campus as the great white hope of Wexford in the Dáil in recent weeks. Senator Malcolm Byrne, a former UCD Governing Authority member and employee of Tom Boland’s HEA, has been pushing the TU with a Wexford campus for a while now.

The South East has been down the road of micro-campuses before. Maynooth pulled out of Kilkenny after five years trying to make it work, the Tipperary Institute burned through a cool €100m to have 100 staff and 300 students at the end. GMIT are in trouble in Castlebar and Letterfrack. DIT has built the €1bn Grangegorman campus to bring its raggle taggle of micro campuses together. University of Ulster, spread thinly across the North, is one of the lowest ranked universities in the UK. Even WIT wants to bring its five campuses together. The answer is to invest in WIT. The question is why have our two Government TDs Mary Butler and Marc Ó Cathasaigh gone into hiding on this issue? Stand up and fight for us, for God’s sake.

On a more upbeat note I was out at the Six Cross Roads the other day and by chance drove into a new housing estate being built by David Flynn Ltd for Respond. The level of finish and layout seemed to me to be extraordinary as did the general appearance of the new development. There is a small block of apartments in the development which is really beautifully built in brick. Really smashing work and a far cry from the horrible fascination with cement render and concrete that is allowed to pass in some other new developments around the city. The whole place is a credit to Respond.