View from the Green Room: Superb Sondheim review at the Mall 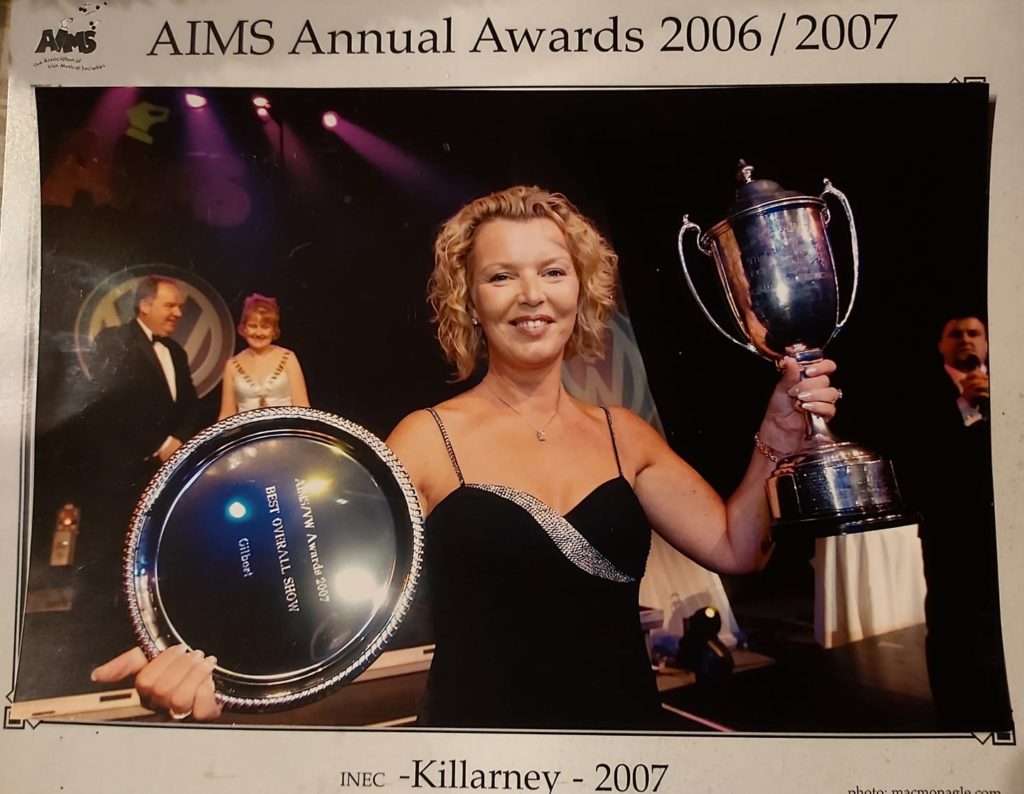 REVIEW: Side by Side by Sondheim at Theatre Royal

URSULA’S Tce. girl Tara Ann Byrne returned to her old stomping ground of the Theatre Royal on Saturday last with a first class production of the Stephen Sondheim review ‘Side by Side by Sondheim’. No surprise there as Tara Ann has directed and choreographed a conveyor belt of top-class productions that go right back to the early eighties. Tara Ann is based in Gorey now where she continues to direct and choreograph shows and her cast of five are all Wexford-based.

Not everyone is a fan of this composer. Lyrics are complex, rhythms are tricky and syncopated, and the tunes are largely impossible to hum. Storylines are intensely focused on largely deteriorating and complex relationships. The narrative landscape is intense, bleak, cynical and often focussed on the boredom of marriage and the composer’s own misgivings about the songs working outside of their context is understandable. Sondheim was sceptical about its appeal, adding, “I can’t think of anything more boring, except possibly the Book of Kells.”

‘Well done to Director Tara Ann Byrne and her cast along with all the staff of the Theatre Royal for giving us a night of top-class entertainment.’

His lack of faith was misplaced, however, as the original cast of five were all nominated for Tony Awards and the show became an absolute must for fans of Stephen Sondheim! ‘Side by Side by Sondheim’ is a musical revue that rewards Sondheims fans and also serves as a splendid introduction to the celebrated and award-winning Broadway and film composer and lyricist.

Tonight’s five singers are outstanding and manage to link the numbers through backstory segments that are told by all five. Tony Carty and James McDermott carry the male parts with style and charm and the amazing Preston gals – mother Niamh and daughters Leah and Amy – are witty, stylish and brassy. Eithne Corrigan doubles as a sympathetic accompanist and an intuitive MD. Despite the number of songs, Director Tara Ann Byrne moves the show along at a cracking pace and the contrast in performance styles is one of the features of the production.

Choreography is very Broadwayish with the Preston trio performing some of the numbers along the style of the Andrews Sisters. Harmonies are tight and the diction and quality of singing is a delight. I always felt that I was getting the story of the songs and the context in which they were set. No small achievement with a review-type show of this style.

Not all the songs are well known. Numbers appear from ‘Company’ (‘You’ve got Company’ and ‘You could drive a person crazy’) and, especially, ‘Follies’ (‘Ah, Paree!’ and ‘Broadway Baby’), as well as lesser-known works from the curious ABC television movie ‘Evening Primrose’ (‘I Remember’) and the title song from the short-lived musical ‘Anyone Can Whistle’.

Stand-out numbers are the duet ‘Send in the clowns’ and ‘Losing my mind’ that are poignant and angsty; ‘A funny thing happened on the way to the Forum’ that’s funny and snappy; the soul-searching ‘Losing my mind’ and the up-tempo ‘You gotta getta gimmick’ that sends up the typically, brash and storyless Broadway musical.

My favourite of the night is ‘Could I leave you’ that ends with a killer question, ‘how could I leave you when I’ve left long ago?’ And that’s Stephen Sondheim for you: complicated, focussed, adult and urban.

Well done to Director Tara Ann Byrne and her cast along with all the staff of the Theatre Royal for giving us a night of top-class entertainment.