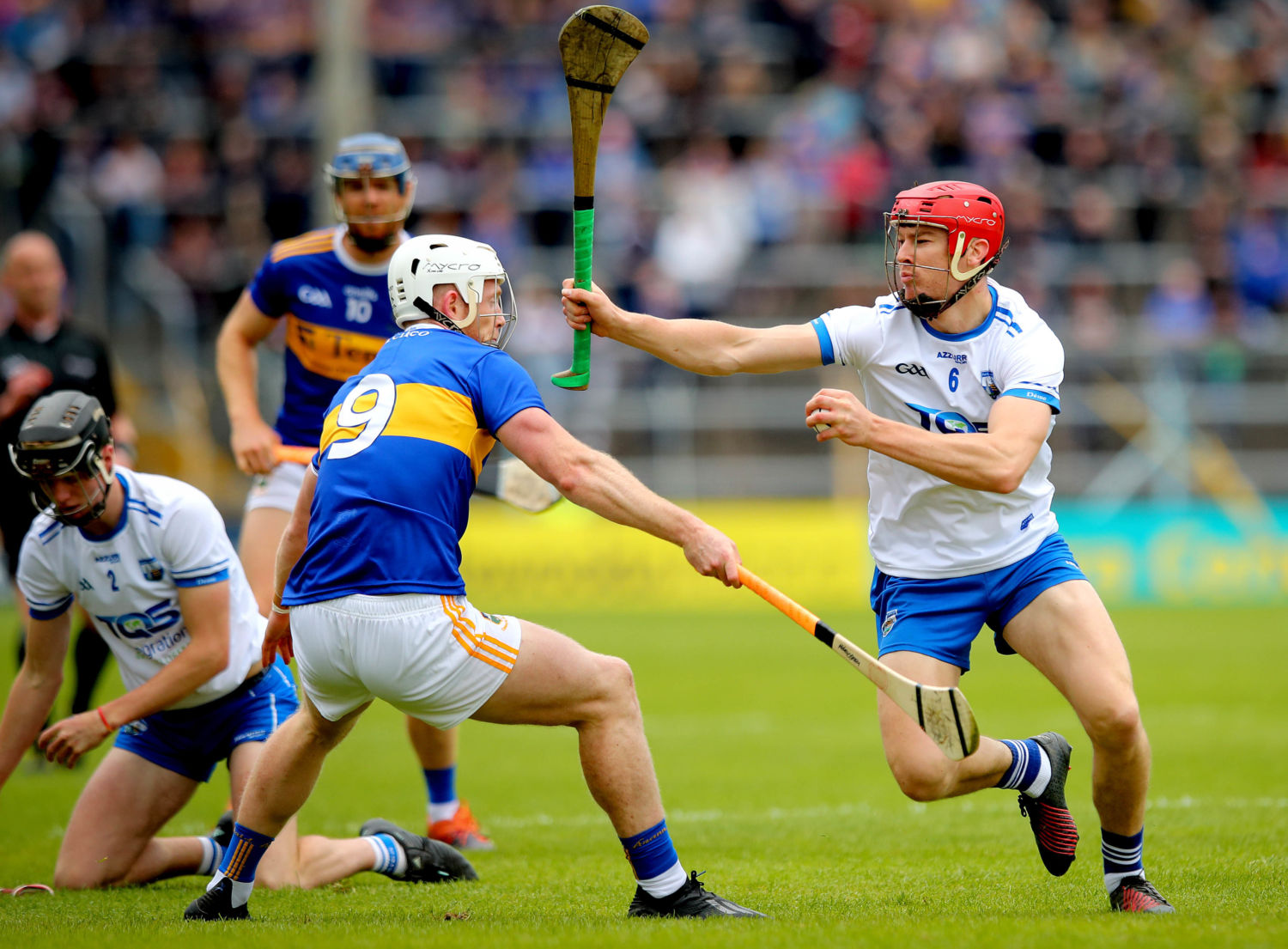 After missing Waterford’s National Hurling League campaign due to injury, Tadhg de Burca was back in the Déise senior team for last weekend’s trip to Nowlan Park to take on Kilkenny. Photo: Inpho.

While the remaining club championships are now on hold the inter county championship fixtures appear to remain untouched and consequently the Minor, U-20 and Senior squads are continuing with their preparations for their upcoming games. All three panels were in action over the weekend and further games are in the pipeline for the coming week.
The senior hurlers travelled to Nowlan Park on Saturday for a game against Kilkenny behind closed doors and it would be interesting to hear from the CCCC in Croke Park as to why this game could not have been listed as being the Allianz League quarter final fixture that fell victim to the Covid
Lockdown last March at the same venue. That much said the game was played and by all accounts was a full blooded encounter with Kilkenny coming out on top narrowly.
The starting Waterford line up was as follows: Stephen O’Keeffe (Ballygunner), Shane Fives (Tourin), Shane McNulty (De La Salle), Ian Kenny (Ballygunner), Iarlaith Daly (Lismore), Tadhg de Burca (Clashmore-Kinsalebeg), Darragh Fives (Tourin), Calum Lyons (Ballyduff Lower), Kieran Bennett (Ballysaggart), Jack Fagan (De La Salle), Austin Gleeson (Mount Sion), Mikey Kearney (Ballyduff Upper), Dessie Hutchinson (Ballygunner), Stephen Bennett (Ballysaggart), Jack Prendergast (Lismore).

UNDER 20S
At the same time the U-20 squad travelled to Ferns for a clash with Wexford. The team showed numerous changes from the side that played Kilkenny the previous week and here the team line out as follows from the start with substitutions made throughout the second half.
WATERFORD: Dean Beecher (Tallow), Sean Harney (Ballygunner), Sam Fitzgerald (Clashmore), Ciaran O’Neill (Passage), Darren Kenneally (De La Salle), Cian Wadding (Roanmore), Sam Flynn (De La Salle), Niall O’Sullivan (Ferrybank), Harry White (Roanmore), Eoghan Reilly (Passage), Liam O’Brien (St. Olivers), Oisin O’Gorman (Lismore), Cormac Power (Ballygunner), Gavin Corbett (Ballygunner).
The senior and U-20 teams will have a run out against each other in Carraiganore this week.