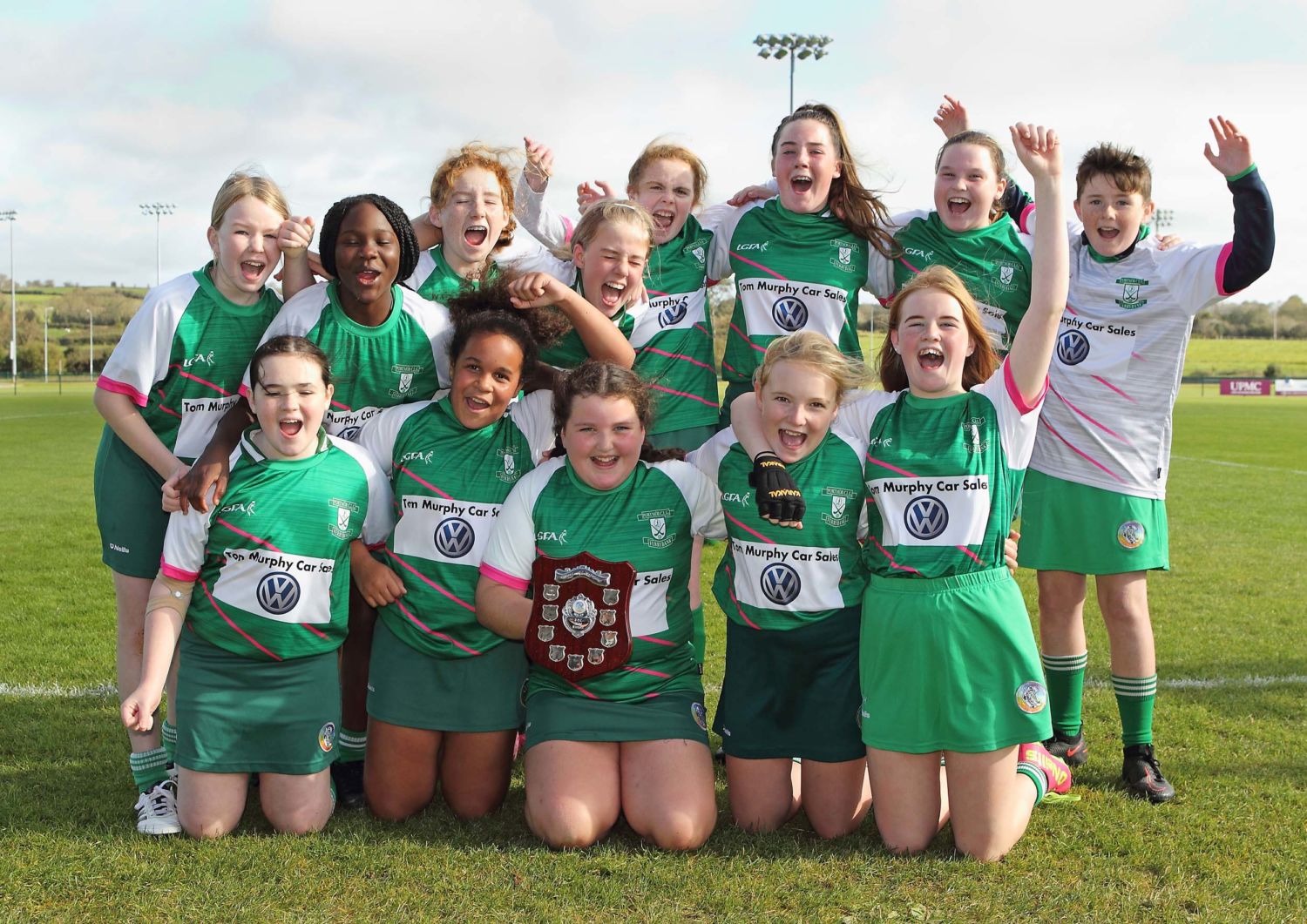 The Ferrybank team celebrating their county final win on Saturday last in the WIT Arena over Dungarvan. Photos: Noel Browne.

The division three final between these two sides was a hugely entertaining one where the outcome could have gone either way.

This is Ferrybank’s only underage team this year and hopefully this win will give the game a massive boost in the area and that for next year’s championship it will see extra girls get involved in the club. 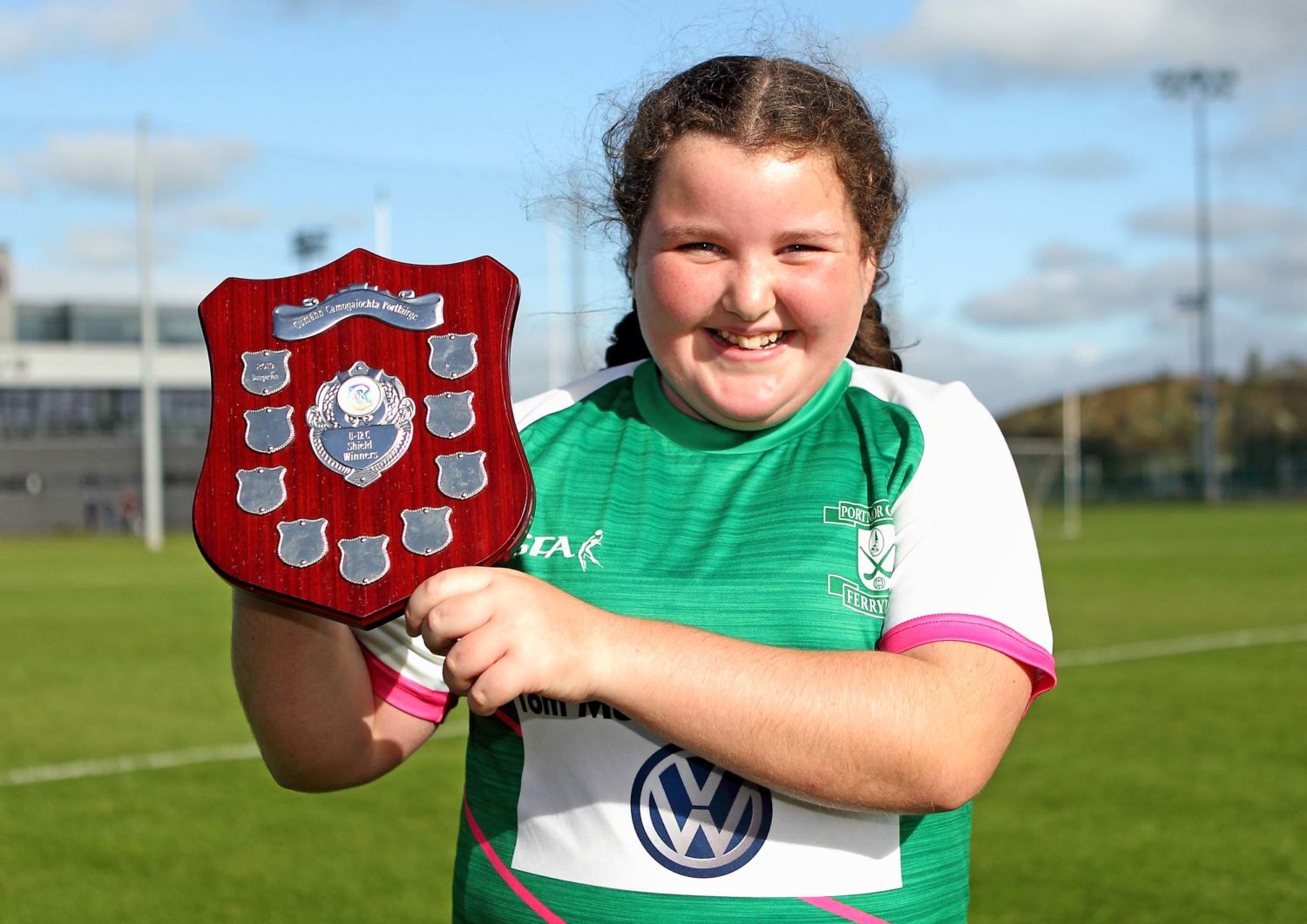 Dungarvan turned around at the break in this game with a 1-0 to 0-2 advantage showing on the score board. Sophiat Adehenan opened the scoring for the city side but Dungarvan’s Holly Sheehan followed up with a goal for her side.

Cliodhna McGarrity however brought the game back to a one point game just before half time when she put over a free. 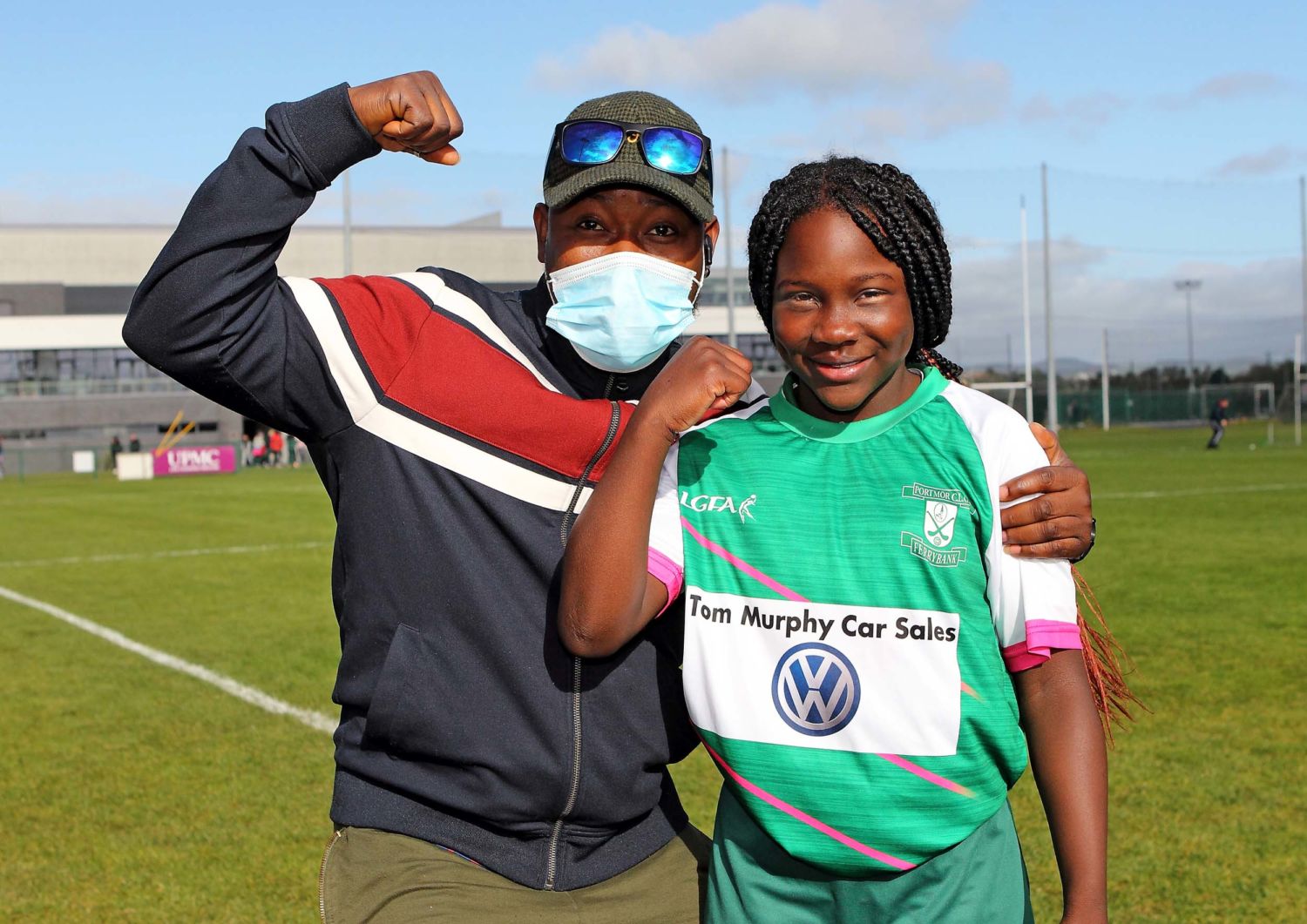 Scores were hard won in the second-half with both sets of backs well on top. The only score of the second half however proved to be a crucial one as Shayla Alyward caught the Dungarvan goalkeeper Aoife Healy off guard. 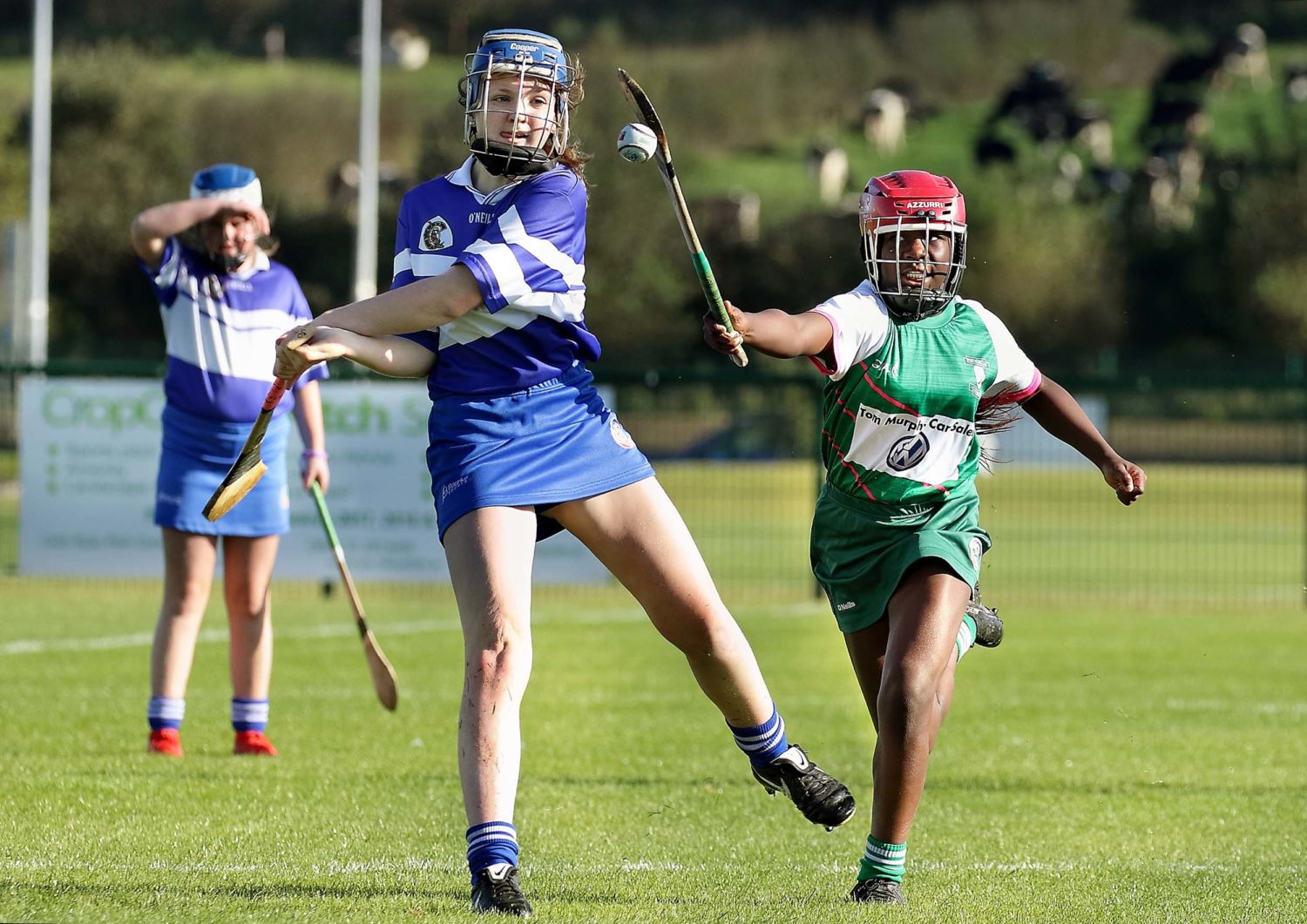 A great block down by Ferrybank’s Sophiat Adekenen against Dungarvan during their U-12 county camogie final. 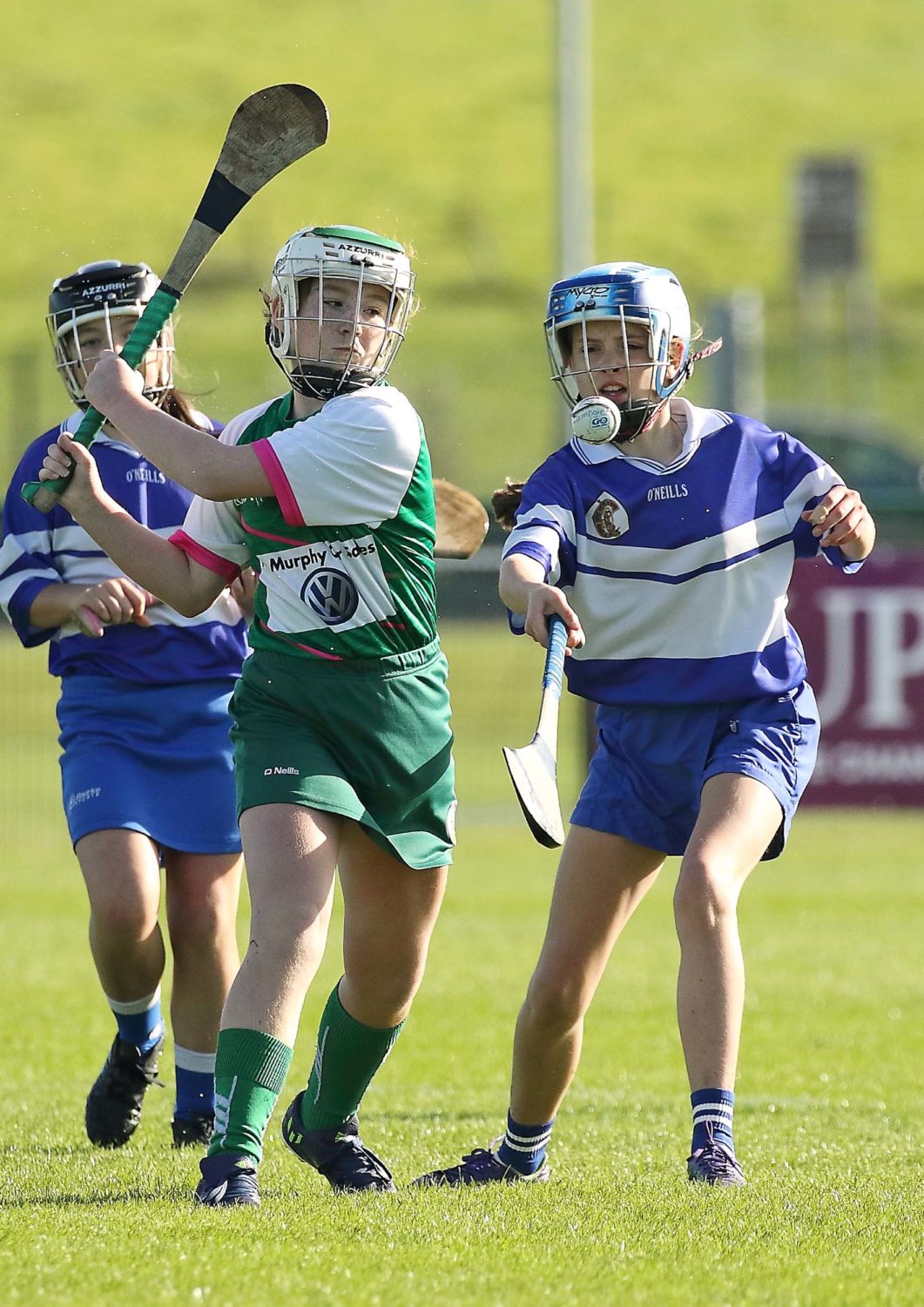 Action from the Co. U-12 Division 3 Final at the WIT Arena.