Well Said: Ken O’Neill on the joy of an artist’s life 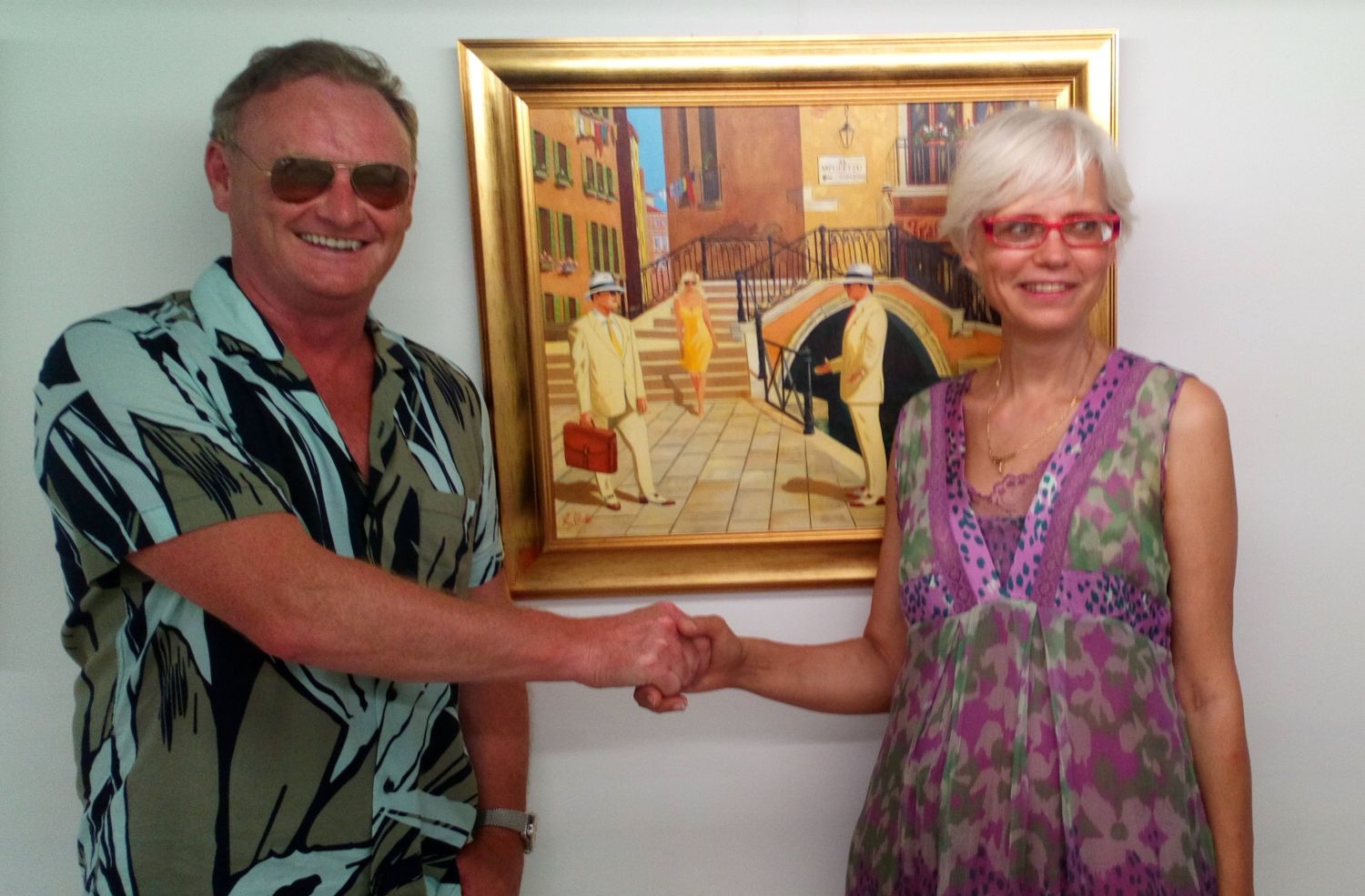 “BE a good steward of your gifts” – so said American poet Jane Kenyon. In that respect, Ken O’Neill is clearly doing a bang-up job, almost 25 years into his career as a full-time artist.

“I’ve been at this a long time now,” Ken told the Waterford News & Star from his Tramore home which he shares with Annette, whom he married in 1991.

“I fully committed to art back in 1997 and it’s certainly given me a very meaningful and enjoyable way of putting down my working weeks ever since.”

In the midst of Covid-19, Ken, a native of Arbor Road, Lisduggan (“the posh part!” he joked) has been revamping his website – kenoneillart.com – as part of his response to changing retail habits, in addition to Covid-19.

“Well, part of it is down to Covid but not only that, people have changed their way of shopping when it comes to art and a great deal of it has shifted online,” said Ken.

“So I got in touch with my web designer, William Hayes of BrightLight and we’ve updated the website, which I hope will drive more traffic onto the page and in turn generate more sales of my work and I’m really delighted with the end product that William and his team have come up with.”

Ken, who has exhibited in various galleries all over the country, as well as in Rome, Venice and London, embraced art after injury cut short his career as a professional footballer.

Aged 16, Ken signed forms with Stoke City where he initially stayed for two years, becoming a regular in the reserve team before returning home to Waterford, mostly due to homesickness.

“I played in most of the big grounds in England and it was a fantastic experience but I came home and then played League of Ireland with Waterford United and Cobh Ramblers – but my head wasn’t right,” he said.

Ken, who played for St Paul’s and Southend United as a youngster, explained: “I wanted to play English football but I just couldn’t live in England. But when I came home, my attitude just wasn’t right for the League of Ireland and I didn’t respect it the way I should have.”

At 21, Ken (one of six children) returned to Stoke, who at the time were managed by 1966 World Cup winner Alan Ball. 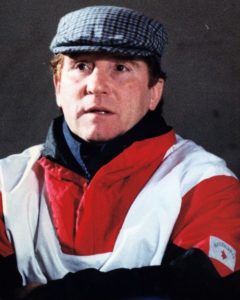 “I was scheduled to be over there for two weeks but after a few days’ training and a few games, the manager wanted to sign me on a three-year contract. But all the old feelings came back and I felt homesick again; I thought I’d be mature enough to take the chance because I knew it was never going to work out in the League of Ireland and even though I wanted to be in England, I fretted a lot and just could not settle.

“After 10 days there, I told Alan Ball I’d go home and talk to my family (including his parents Pat and Betty [nee Noblett]) about it. So I did – and I didn’t go back. I just felt I couldn’t settle in England. After that, I played some League of Ireland games but I didn’t really do that well, I was going through the motions.”

Injury subsequently curtailed Ken’s sporting career but this ultimately helped to open an altogether different type of creative door for him – and he hasn’t looked back since.

Having viewed Caravaggio’s ‘The Taking of Christ’ in Dublin’s National Gallery while it was first exhibited, the next professional adventure in Ken’s life became stunningly vivid. Having also benefited from the advice of celebrated painter Louis Le Brocquy, Ken’s confidence in his own art grew as he further developed and honed his own style.

“I’d always been pretty handy at drawing and sketching,” said Ken, “but I’d no aspiration about being an artist at all because when I was a kid it was just all about football and even when I went to school, I didn’t study art at all. All the lads I went to school with would remember me drawing, even sketching some of the lads or some comics and cartoons but I never considered it as a career. Funnily enough, I don’t feel I missed out by not going to art school; I’ve self-educated with regard to the great painters and I’ve physically gone to see the works of those I most admire and then read up on their techniques. But at the same time, I’ve tried not to be too influenced by any of them either – I’ve always tried to paddle my own canoe in that respect.” 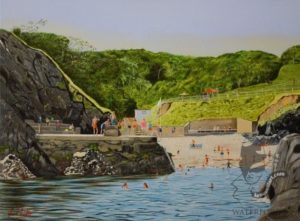 ‘Newtown Cove Swimmers View’ by Ken O’Neill, one of many works featured on his revamped website – kenoneillart.com

Ken goes straight onto oil on canvas when it comes to his paintings, 75 of which feature on his website. These include his acclaimed ‘Wise Guys’ series and some beautiful landscape works of well-known Waterford landmarks, including The Quay, Annestown, The Guillamene, Tramore and The Nire Valley.

“The local scenes have been part of my work for many, many years while the ‘Wise Guys’ work and that of a similar style is primarily for overseas audiences,” said Ken.

To this amateur gallery viewer’s eye, the use of light in Ken’s work, particularly in his landscapes, evokes a sense of calm optimism in the execution of his art, a deep appreciation of his surrounds and a championing of benign human interaction with the natural world.

Thanks to his revamped online presence, Ken’s work will become known, one hopes, to a wider and equally appreciative audience.

“I got through a lot of creative work, done during the lockdown, along with the webpage redesign, so the past few months have certainly been put to good use. It’s been non-stop, really and that’s been great.”

At the click of a cursor, the gift Ken O’Neill has lovingly stewarded since 1997 is well worth checking out.

To see Ken’s website and explore his work, visit https://kenoneillart.com