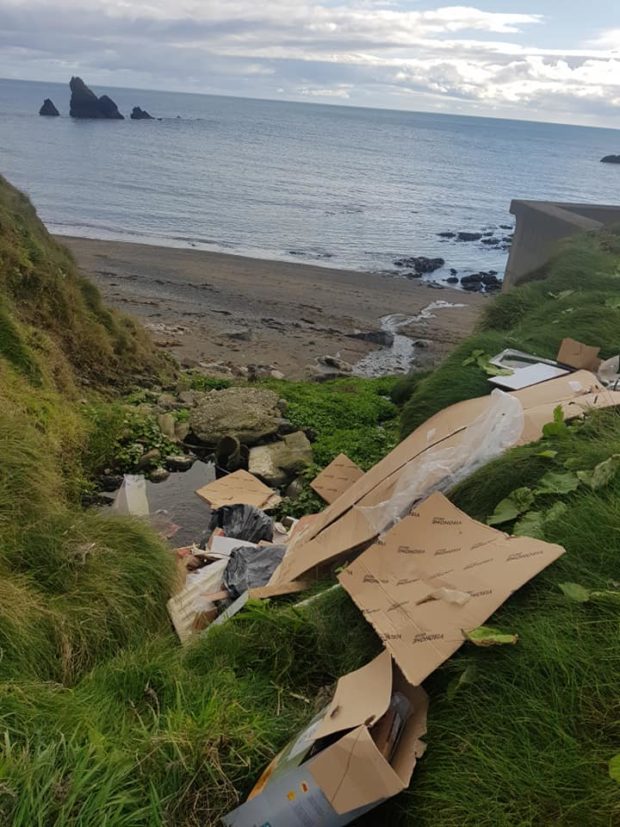 Someone renovated their bathroom and dumped the waste on Benvoy Beach

A FULL bathroom renovation of waste was dumped into the stream and over the bank at Benvoy Beach on the Copper Coast last week. Michael Murphy, local resident of the area and Labour Party Area Representative read about it on a Facebook Page and went down with his fiancée Celine Casey to clean up what they expected to be some “cardboard and plastics”. What they found was considerably more with rubble, glass and tiles that had been initially dumped along with buckets full of waste cement, cupboards, packaging and plastics being thrown on top. Polystyrene and plastics were floating in the stream heading towards the sea as were lightbulbs and cardboard. 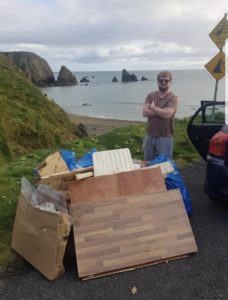 Michael and his fiancee Celine tackled the waste themselves 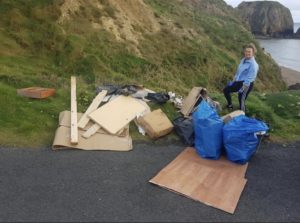 “Since forming the Guardians of the Copper Coast community group with local artist Sean Corcoran we have come across several circumstances of illegal dumping but none as devastating to our coastline as this,” Michael said. “The illegal dumping has been reported to Waterford City and County Council and the pile of waste will be collected shortly. Members of the local community will not stand for this kind of behaviour and will continue to come together to protect our coastlines beauty. The message is clear and simple, environmental crimes such as this will not be tolerated by local residents.’