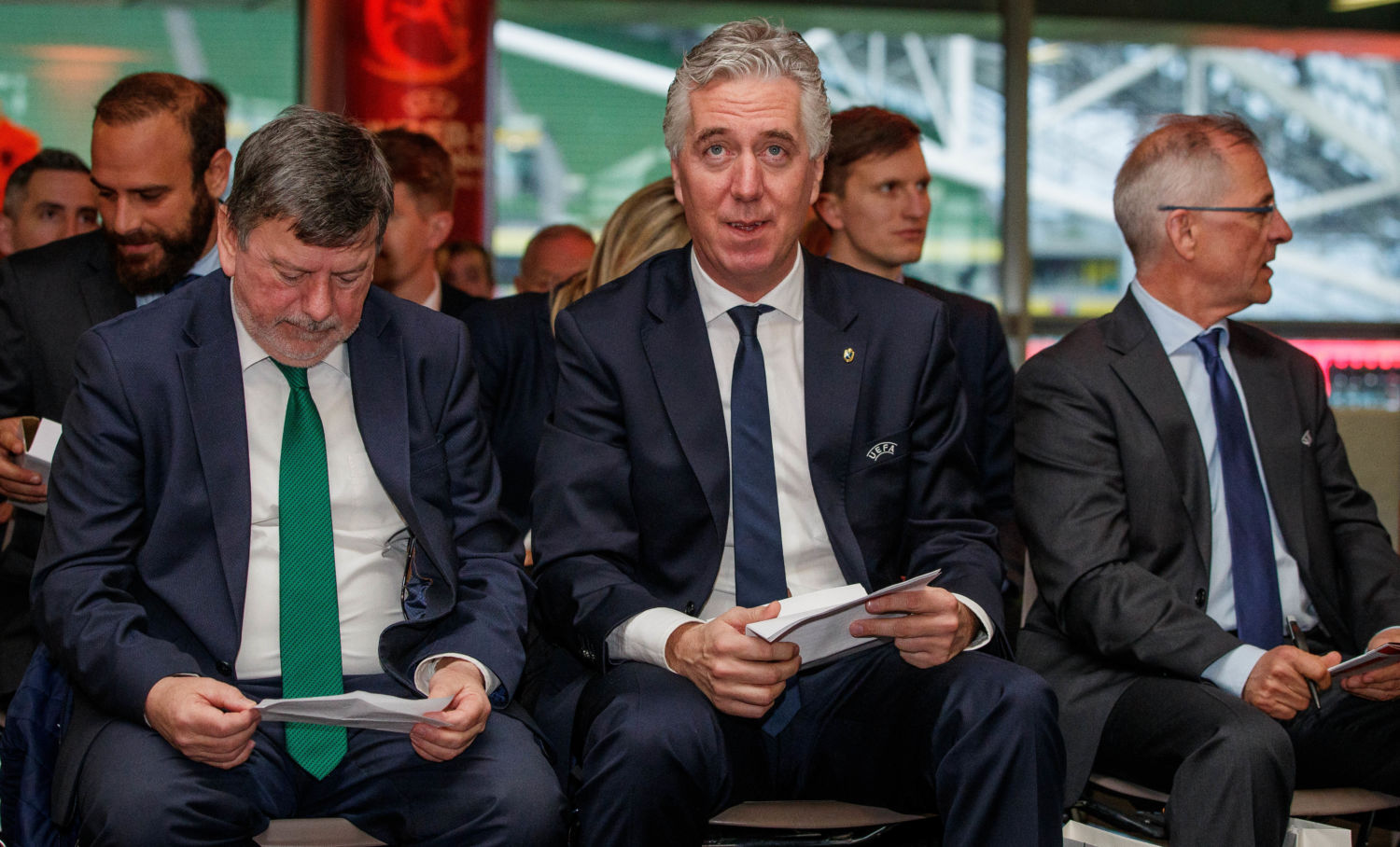 Former FAI CEO, John Delaney, is the subject of a new documentary, based on the best selling book, ‘Champagne Football,’ on Virgin Media One tonight. Photo: Inpho.

A documentary based on ‘Champagne Football’, a book that covers the many scandals involving the FAI and the downfall of its former chief executive, Waterford man John Delaney, will air on Virgin Media One tonight.

Journalists Mark Tighe and Paul Rowan’s investigative reporting was central in exposing issues in the FAI during Delaney’s tenure and Champagne Football has been a best-seller since its release last month.

The book has been very well received by both football supporters and readers with no interest in the game.

Tighe joins Tommy Martin in studio for the documentary. The synopsis reads: “Virgin Media Sport’s Tommy Martin examines the scandals surrounding John Delaney’s time in the FAI, based on the best-selling book Champagne Football by Mark Tighe and Paul Rowan. Martin is joined in studio Mark Tighe who was named the NewsBrands Ireland Journalist of the Year in 2019 for his reporting on the Delaney scandal.”

It airs on Virgin Media One tonight (Tuesday) at 9pm.

"Did you ever consider your position? I've made my statement already…!"​
Champaign Football: Inside John Delaney's FAI, tuesday at 9pm on Virgin Media One. #SetYourReminder #ChampaignFootball #COYBIG pic.twitter.com/uojKItqmQU