Man of the Match Molumby looking forward to Finland 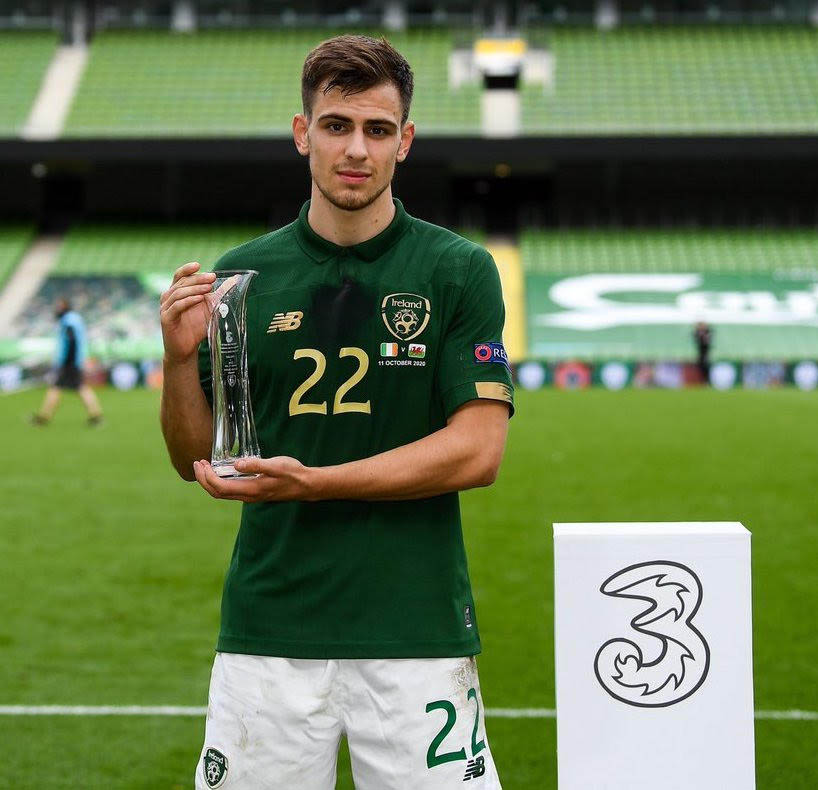 Waterford’s Jayson Molumby is pictured with the Three Ireland Man of the Match award after Sunday’s 0-0 draw with Wales. Photo: Sportsfile/FAI.

Despite walking off with a slight knock after an impressive 89 minutes, Jayson Molumby could be happy with his performance after picking up his second Senior International cap and the Three man of the match award for the Republic of Ireland in their scoreless draw against Wales at the Aviva Stadium on Sunday.

After starting in the first UEFA Nations League against Finland, the Brighton & Hove Albion midfielder got the call up to the Irish squad for these games and although he didn’t feature in the heartbreaking EURO penalty shootout defeat against Slovakia on the previous Thursday, he got his start in this contest.

Hit with two positive cases in the backroom squad, there was a further twist before kick off with the news that a squad member tested positive for the virus meaning five players in all, John Egan, Callum Robinson, Alan Browne, Tramore’s Derrick Williams and Callum O’Dowda were ruled out.

It could be suggested with a tad of bias that Molumby was Ireland’s best player in a game that failed for long periods to pass the stage of mediocre that the hosts had the best of the chances like in the game against Slovakia, but they failed to take them with Stephen Kenny’s side finishing with ten men.

Robbie Brady and Cyrus Christie, who replaced the injured Kevin Long early in the game, had Ireland’s best chances in the first half, but neither player could find the target with the effort from the former whistling inches wide of the left-hand post.

After Wales had a strong penalty appeal turned down after a potential foul by goalkeeper Darren Randolph also in that first-half, the game did improve somewhat after the break with Ireland forcing the issue and Molumby in the thick of the action.

He was unlucky to get on the end of a move that he started himself early in the second-half before Ireland’s best chance arrived on 55 minutes when Enda Stevens sent in a left-wing cross that saw Shane Long head over the bar.

Substitute Daryl Horgan could have won the match for Ireland with ten minutes remaining after getting on the end of James McClean’s cross and after his first effort was saved, he blazed the rebound high over the bar as Ireland had McClean sent off on a second yellow card late on. 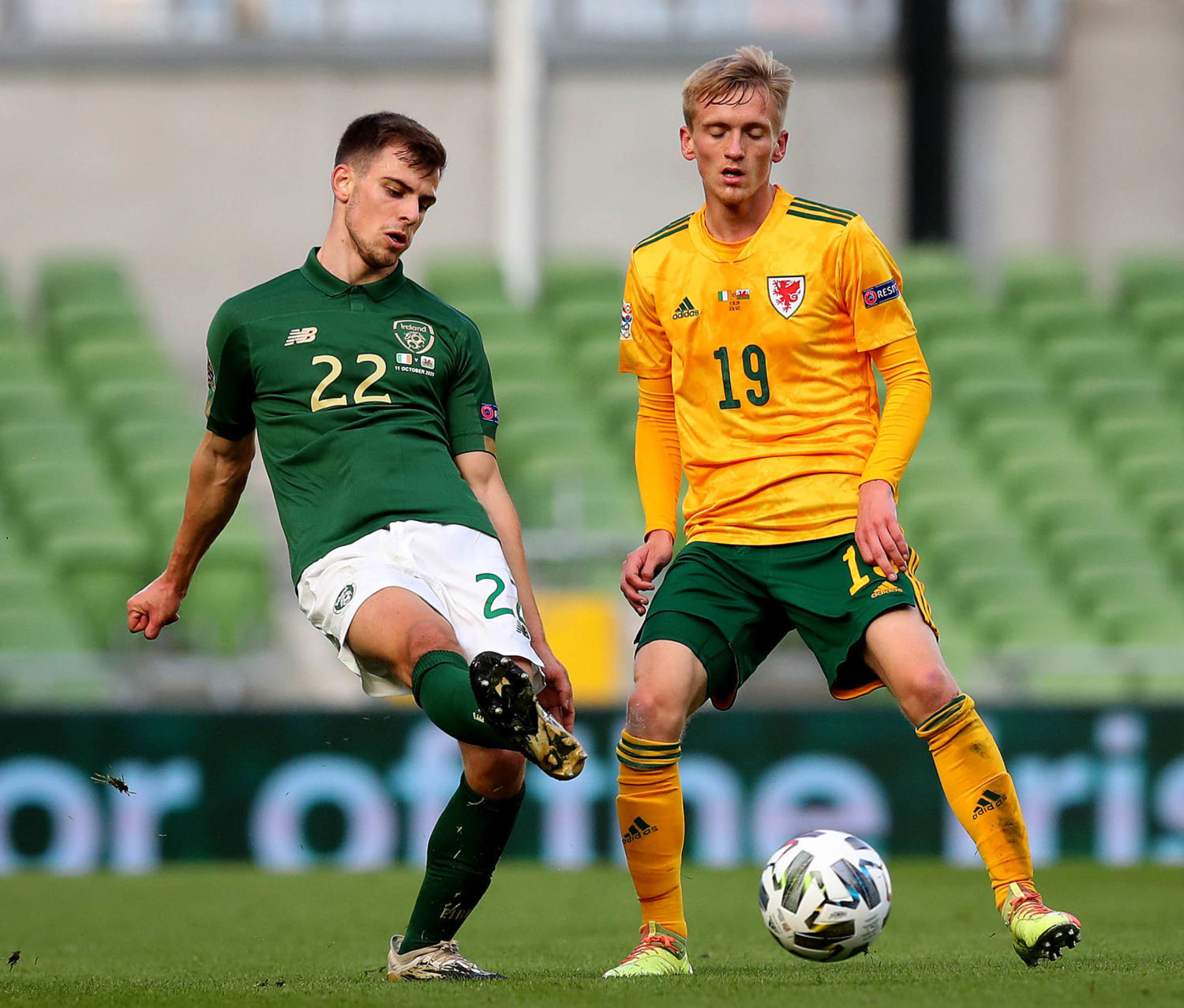 Waterford’s Jayson Molumby passes to a Republic of Ireland team-mate ahead of Wales’ Matthew Smith during their Nations Cup game on Sunday. Photo: INPHO/Ryan Byrne.

HAPPY TO DO WELL

Speaking after the game, the man of the match Jayson Molumby said, “I’m just here to do my best and when the manager put me in the team, albeit through a few controversial moments during the week, he was probably forced to put me in the team.

“I’m just happy that I was able to do well for him today. I think that on another day that we could have come away with the three points so in that regard I’m a bit gutted. I don’t think it was difficult learning late on that I was playing because I’m always ready to play for my country.

“I’m always hoping that I’m picked and that I get that chance to play for my country. I’m happy to play and I just want to do my best for the team. You want to play against the best players and Aaron Ramsey is up there with some of the best. It was a difficult challenge, but we did well as a team.

“There’s a lot of positives that we can take from the game. I know the gaffer well and he has been good with me all week. I think that the transition to the Senior team with Stephen as manager has been made that bit easier. We want to do well for him because we’re all buzzing about the way he wants to play.”

Jayson looks set to start again tomorrow (Wednesday) night away to Finland in the Nations League.