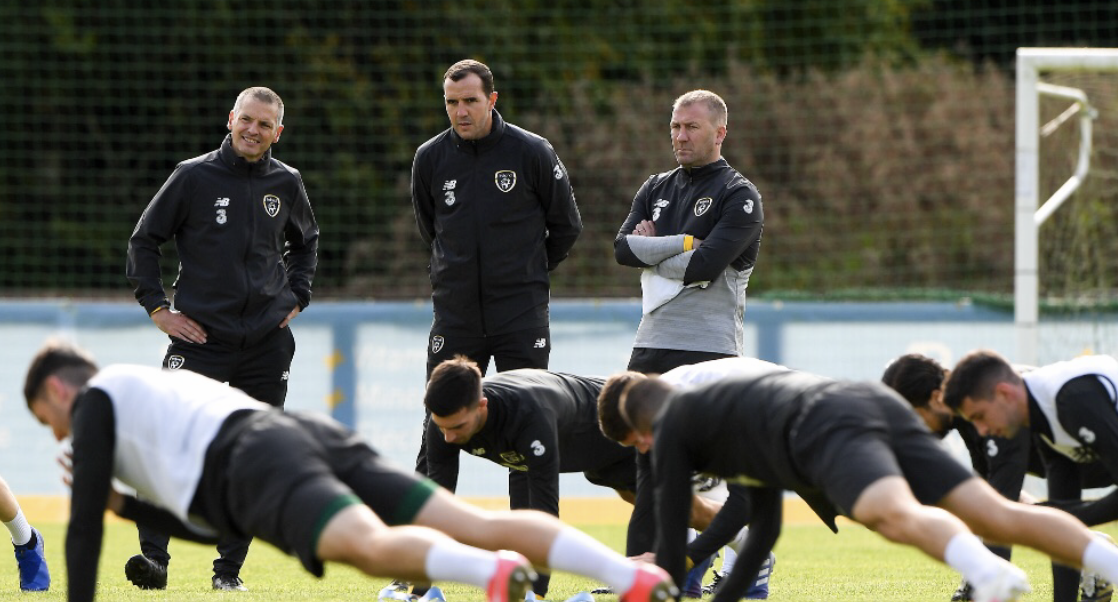 John O’Shea will begin his new coaching career with a Republic of Ireland squad as he’ll join Jim Crawford and fellow Waterford man Alan Reynolds in the dugout for the crunch Under 21 qualifier against Italy to played in Pisa later today (Tuesday).

O’Shea, who was capped 118 times for his country at Senior International level, teamed up with Crawford and Reynolds after Stephen Kenny made the step up to the first team, and now he is hoping to bring his invaluable experience to the Irish squad as they continue their bid for qualifications for next year’s tournament.

Speaking to FAI TV, Waterford’s John O’Shea said, “It’s brilliant to be back involved with Ireland. Whenever you get the tracksuit, it brings back a lot of memories, but obviously it’s very proud because when you do take the next step into coaching and to be involved with Ireland at any level is brilliant and I’m looking forward to it.

“The previous management team have done amazing work already. Jim Crawford has stayed with the team and now myself and Alan Reynolds are coming in. We’re looking to continue that on and obviously we’re hoping to build on it.  They’ve left us in a very good position.

“It’s brilliant to be involved with this group. The talent that we have and the competition that we have for places in the team which is good. This week is the first time that I’ve gotten the chance to meet the players and meet the rest of the staff.  It’s been really exciting and really encouraging.

“I’ve been watching the players from afar, but you see the quality. It’s great to see the players in the flesh and try build that relationship with them. It’s been really positive. While it’s important that I’m enjoying what I’m doing, the players need to be enjoying it as well and I think they are.”

“It’s important that we get the focus into the players ahead of that game against Italy. I think that we have a great mix of players from the Premier League, English League and the League of Ireland. We have a few players with the Senior team, but it’s a huge target for us to try get to a major tournament with the Under 21s.

“Jim (Crawford) has been brilliant since I got involved. The detail that he goes into and his preparation has been a great learning curve for me. I hope that his plans come to fruition on the pitch starting with the game in Italy. It’s great to be working with Rennie as well and this is a big step up for him,

“I’m looking forward to bringing that experience to the squad. It’s always amazing to represent your country whether it be in Dublin or aboard. It’s a proud moment for me, but it’s also a big game for the players and we’re looking forward to that challenge.”