PHOENIX: Up for discussion? 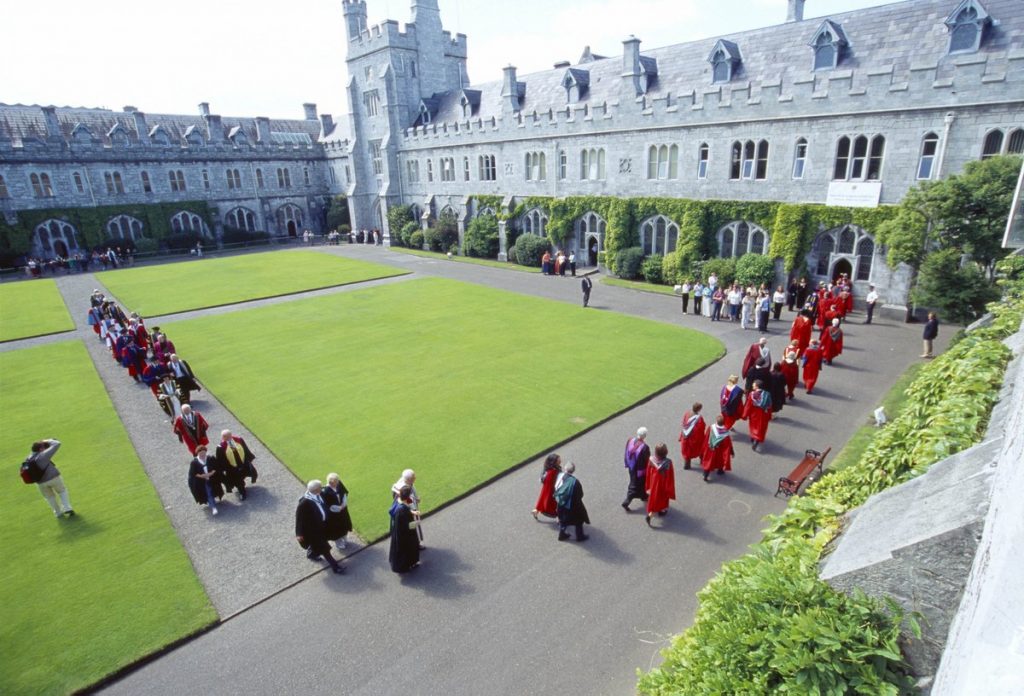 What a university looks like… this is University College Cork. Waterford is Ireland’s only city (and region) without a university.

LAST week the Minister for Further and Higher Education, Simon Harris TD, announced funding of €34.33m to higher education institutions to help them in their progression towards Technological University status. The fund is being allocated under the 2020 Higher Education Authority (HEA) call to assist the development and progression of technological universities. I’ll get to the allocation of the funding in a moment. You all know that WIT is being forced to merge with Carlow IT as a precursor to a proposed TUSE application in March 2021. Deep within the HEA press release came this nugget.

“Institutes of Technology currently unaligned with a TU development consortia are Dundalk Institute of Technology (DkIT) and the Institute of Art, Design and Technology (IADT), Dun Laoghaire. DkIT has indicated its commitment to becoming a TU and is embarking upon a new three-year developmental pathway, with support from the HEA, to work towards realisation of this ambition for TU status. IADT will examine the viability and sustainability of establishing a National University of Creative Arts, with one year exploratory funding and support from the HEA.”

‘A process nominally set up to deliver a university for Waterford has this city fourth behind Cork, Dublin and Galway and on par with the Limerick/Athlone grouping. No consideration at all that these cities already have huge universities’

So there you have it. Regardless of legislation, will Dundalk IT be allowed to be a TU on its own? Will IADT Dun Laoghaire be allowed similar freedom as an independent national university? I await a betrayal of Waterford’s 100 year old quest for independent university designation. Nothing would be more shocking than to be destroyed by Fine Gael ministers and the HEA, while Dundalk and Dun Laoghaire go their own independent way. The possibilities are grotesque.

The TU process, which began with Phil Hogan’s possibly apocryphal exclamation that, “there will be a university in the South East, but the name Waterford won’t be over the door”, is now nearly complete. One can only imagine what the late Liam Curham, a Labour mayor of Waterford and founder of the third local University Action Group in 1985, would say. Imagine what the men who worked tirelessly on that group and who have since passed away would say? Padraig O’Griofa, Michael Manahan, Paddy Kenneally would be leading a people’s march on Dublin with Ollie Cleary (thankfully still with us) breathing fire at the head of the column.

The allocation of €5.1m funding for the proposed TUSE had all the clichés being trumpeted by the local party worthies last week. A short look at the list of beneficiaries tells the true story of where Waterford stands.

A process nominally set up to deliver a university for Waterford following Fine Gael’s promise of that designation in 2008, has this city and region fourth behind Cork, Dublin and Galway and on par with the Limerick/Athlone grouping who are close behind. No consideration at all that these cities already have huge universities. No demands that they create new campuses and weaken themselves in so doing. We’re supposed to cheer for that! You have to laugh, for fear that you might cry at the brazenness of the whole thing.

There are no words, printable ones anyway, which would describe Fine Gael and its attitude to Waterford. They have made a mockery of equity and fairness, stringing Waterford and WIT along, denying it investment and course development for over 10 years while a corporate HQ for the new TUSE is now out for construction tender in Carlow! Our government TDs Ms Butler and Mr O’Cathasaigh are comatose. Are they prepared to accept any humiliation to stay in power? Ms Butler betrayed Waterford before when capitulating to Kilkenny Fianna Fáil interests on the boundary extension. Is she going for the double? Does she understand who she represents? Check out the funding allocations announced by Minister Simon Harris TD for 22 projects funded under the Human Capital Initiative. They show exactly where WIT figures. The process of bigging up Carlow IT is so obvious it’s almost risible.

This crock is delivered to you by Simon Harris, Minister for Further Education and his Secretary General Jim Breslin. The team that oversaw the shafting of UHW in the Herity Report! The men who appointed Tom Boland, ex HEA head and nemesis of Waterford’s aspirations for university designation, as a supposedly independent broker in the TU merger talks between WIT and Carlow IT.

One feels Simon Coveney’s dead hand and the weight of the Cork politburo against any aspirations of this old city. Why should we be subjugated by Cork?

A cross party South East Oireachtas group met Minister Harris on October 6 about the TUSE. A meeting to decide the future is due in early November with the Chairpersons and Presidents of both institutes, project lead Tom Boland and the Minister. It is historically noteworthy that there will be no Waterford man or woman at this meeting. We are like dead meat, diced, sliced and served for the delectation of others.

It chimes exactly with a story here last week, where Cllr Mary Roche interjected at a recent City and County Council meeting. Mayor Damien Geoghegan (Fine Gael) resisted her raising city issues at a plenary council meeting. Every place in the county was discussed but the mayor wanted city issues referred to the metro council meeting.

I dare say no one in the city is surprised. I can imagine if such a situation happened in county Kilkenny and their council cathaoirleach attempted to prevent a discussion about Kilkenny City (not even a proper city or metro area). I can’t imagine it happening in Limerick either, can you? As a corollary, it wasn’t surprising to read that local Sinn Féin Cllr McGuinness thinks that our council’s annual report is too focussed on the city and the east of the county. What can you say except that the amalgamation of city and county designed by Phil Hogan to undermine Waterford city is doing its evil work.

We cannot discuss the city at council meetings lest it offend some member from the former county area. We cannot discuss independent university designation because the local body commercial and political, Chamber of Commerce, FF, FG, SF et al tell us a poisoned TUSE is the only game in town.

Is WIT being pressurised by the HEA and Dept. of Further Education over the commencement of the proposed new Engineering Block (delayed disgracefully by Fine Gael ministers since 2011) to ensure active participation in the TUSE process? The old Waterford Glass factory site, immediately adjacent to WIT’s Cork Road campus, has been offered to WIT for expansion. It is the most obvious and natural property deal in higher education in the country, but Fine Gael ministers in the Dept. of Education and Further Education have refused to contemplate the purchase. Legislation which would allow WIT borrow to buy the site is on the stocks but has not been enacted by government. Quelle surprise!

The Port of Waterford’s future plans excludes any move to establish a roll on /roll off facility in the port because “we would have to compete with Dublin, Cork and Rosslare”. So we cannot discuss that either. We can’t discuss the Port of Waterford, our city’s founding raison d’etre, but must call it Belview Port lest anyone in Kilkenny gets upset. Waterford Port by the way is the nearest to mainland Europe with a long history of development in lift on/lift off container services. It was the first Irish port to embrace such services and has lately secured additional services in that field.

The late Anthony Brophy, who knew more about ports and ships than any other 10 men, proposed a roll on/roll off terminal for Waterford 50 years ago. Planning permission was obtained circa 2000 (John Clancy from the Waterside was Port CEO) for a major multi modal development, including roll on /roll off at Belview. An operator for the service was within grasp in 2010 but port authorities did not close the deal for reasons that have always remained opaque. Just what are we allowed to discuss?