Time Out with Timmy: Let’s hear it for the divas 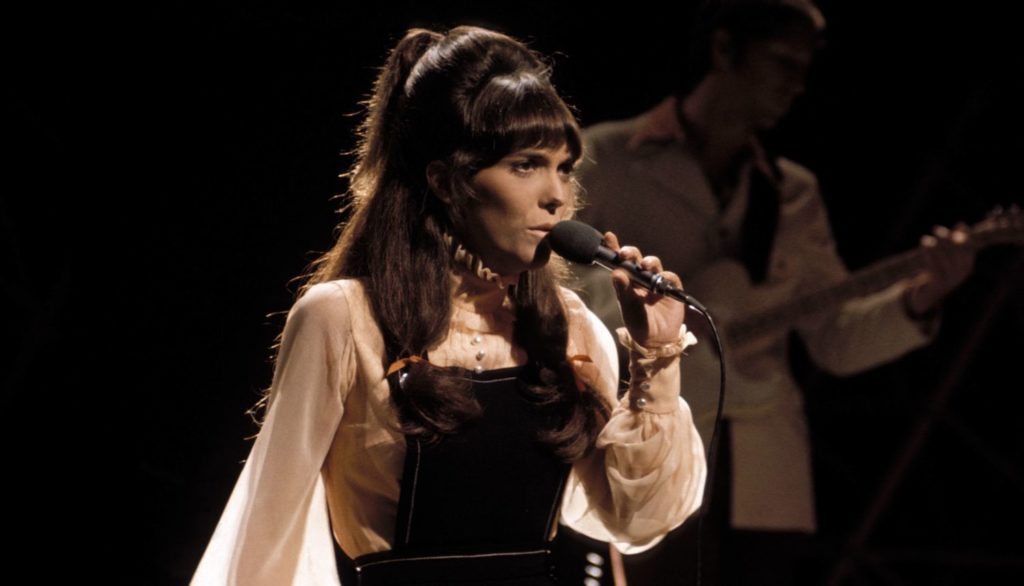 Karen Carpenter was a one off indeed.

THERE is so much music in the world and not enough time to listen to it all. Along with the old classics there are some great new bands and solo artists emerging in every genre and it’s hard to know what to listen to. I sometimes find that by picking a category or two I can narrow the choices down at a given time. Some weeks ago I mentioned my favourite guitarists, well this week I was thinking about the ladies, pure and good thoughts I might add. I was thinking about my favourite female artists. I have many, but I thought it would be interesting to narrow it down to a top 10. It was so difficult but here’s my nod to some of the great female vocalists, the singers who have most impressed me over the years. This is by no means a definitive list and no doubt I’ll omit someone’s beloved singer, I left out some of my own, but it’s just for fun. It’s really a chance to shine a light on some incredible talent and honour their tremendous gift.

So to start off, No. 10 – if I had only ever heard her sing this one song, it would be enough. In 1978, an English band called Renaissance scored a UK chart it with one of my all-time fave tunes ‘Northern Lights’. The lovely voice of lead singer Annie Haslam brought it to life and I still love it to this day. Often played on my Sunday morning show on WLR.

No. 9 – Canadian legend Shania Twain. A lady who has straddled both pop and country and has been hugely successful at it. Watching a Vegas concert shown on TV some time back, it’s clear she can also deliver the goods live and puts on quite a show. Her ballads are just as memorable as her up-tempo numbers and she’s quite the star. On ‘From This Moment’ she is simply awesome.

No. 8 – Agnetha Faltskog, one half of the lovely female side of ABBA. An early crush (and I wasn’t alone). I got in to ABBA from the get go and after ‘Waterloo’ bagged the Eurovision Song Contest in Brighton in 1974, I was hooked. Hit after hit, catchy pop masterpieces and wonderfully constructed ballads, as melodic as you like. Freda was amazing too, but I have to give Agnetha the nod here. Have a listen to her on ‘My Love, My life’ and you’ll understand the appeal.

No. 7 – Boasting Déise heritage on her Mum’s side, next up it’s the unique talent of Kate Bush. That voice that first captivated me when she arrived on the music scene with the haunting ‘Wuthering Heights’. My personal favourite of Kate’s is probably ‘The Man With The Child In His Eyes’.

No. 6 – I had the pleasure of seeing her twice live, Mary Black must get a spot among the 10. I love how she puts a song across and her material over the years has been special. She really shines for me on songs like ‘No Frontiers’ and my pet tunes from her ‘Bright Blue Rose’ and ‘On Golden Mile’. A true Irish legend.

No. 5 – I’m quite partial to some quality American Country music and to me, one of the finest voices in the genre belongs to Trisha Yearwood. Significant other of Garth Brooks, she first caught my attention in the early 90’s when American Country was getting pretty popular this side of the pond. CMTV was a big hit and she was picking up considerable airplay on radio here. ‘The Song Remembers When’ is stunning.

No. 4 – Chrissie Hynde is possibly rock’s hippest female. Top tunes dating from the late 70’s with The Pretenders, she has that effortless style about her that exudes cool. The voice, the look, the attitude, she has the lot. ‘Brass in Pocket’ is a fine example of her vocal prowess.

No. 3 – Another Country legend kicks off my final three. This lady has seen and done it all. Emmylou Harris has been wowing audiences for decades and whether solo or duetting with the likes of Mark Knopfler, she has serious credentials musically. Her voice is unmistakeable and her version of ‘Tennessee Waltz’ is a gem. My own top selection from her would be ‘My Antonia’ with Dave Matthews or ‘The Road’.

No. 2 – More than just a Country star, the penultimate slot goes to Linda Ronstadt. Not many artists can say they had the Eagles as their backing band. A beautiful lady with a voice to match, Linda was quite the pin up too in the 70’s. She could rock it up with the best but her slower tunes allowed her golden tones to shine. ‘Blue Bayou, ‘Somewhere Out There’ are cracking songs but I would choose the heavenly ‘Adios’ as my go to Linda Ronstadt song. I play it often on my Sunday show and it’s now up there with my all-time picks from any era.

No. 1 – So we have reached the summit. I can say without a shred of doubt, I had no problem selecting my ultimate female singer. To me, no one has come close to matching her. Tragically, she left us at the all too tender age of 32 in 1983. The incredible Karen Carpenter became a global star alongside her talented brother Richard in the 70’s and they made some of the finest pop music I’ve ever been blessed to hear. Her life ended sadly after her battles with Bulimia and we can only imagine what fantastic songs we’ve been robbed of enjoying since her passing on. ‘Goodbye To Love’ she makes you believe in every word she sings. There’s an inherent sadness in ‘I Need To Be In Love’ and a joy in ‘Happy’ and ‘Only Yesterday’ that always make me feel good anytime I listen. Pure magic. The warm harmonies of Karen and Richard, added to his excellent arrangements, made them superstars and it’s desperately sad how things turned out. I’m so glad of those golden memories to play anytime we need cheering up or down maybe. She was a one off indeed. A worthy number one and I hope you’ll agree.