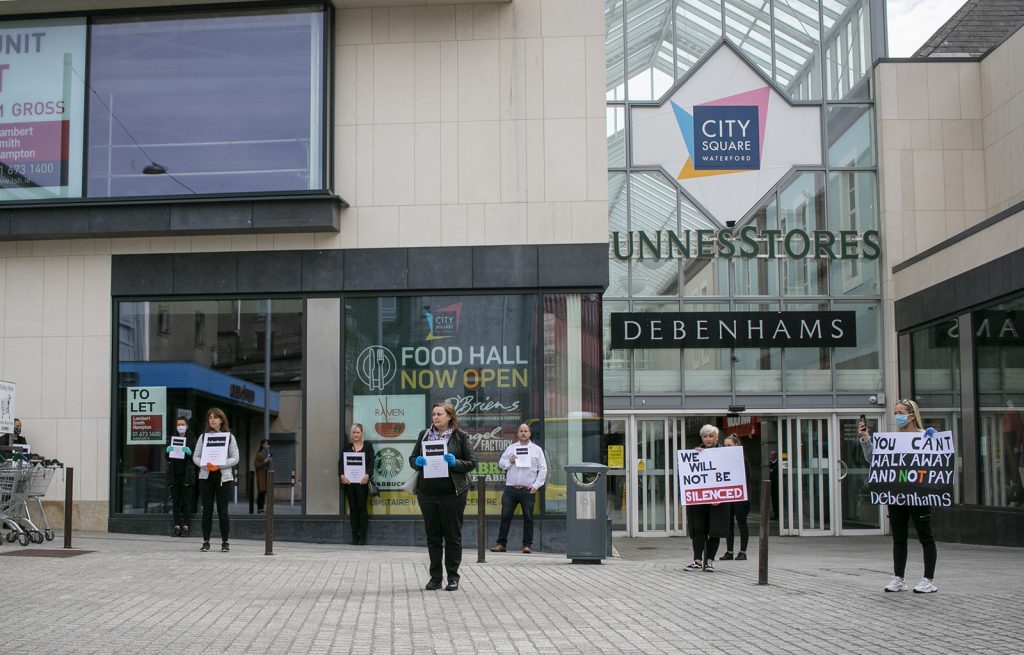 THE High Court has granted an injunction to the provisional liquidators of the Irish arm of Debenhams to prevent ‘unlawful actions’ and interference with efforts to remove stock from its former stores.

Three individuals, including Stephen Troy of Co Waterford and Denis O’Brien of Co Waterford, and Carole Bridgeman of Co Cork, appeared in the High Court on Tuesday morning. Mr Justice Leonie Reynolds granted the injunction to Kieran Wallace and Andrew O’Leary of KPMG.

The individuals gave undertakings to comply with the terms of the injunction. The injunction applies to any persons with knowledge of the order and copies will be placed at entrances to the stores.

Judge Leonie Reynolds urged the liquidators to reopen a line of communication with the workers. Judge Reynolds also said Mandate trade union should make the nature of the injunction clear to its members.

Ms Carole Bridgeman, who worked at the Mahon Point store in Cork for 15 years, denied the protests by workers were unlawful and claimed Mr Wallace had attempted to smear the workers in his sworn document.

However, under questioning from Judge Reynolds, she accepted she had been involved in an unlawful occupation of a store in Cork, which ended peacefully.

The staff were seeking two weeks’ statutory redundancy plus two weeks pay for each year worked, under an agreement she claims was made between the Mandate Trade Union and Debenhams in 2016, Ms Bridgeman told the court.