With Larchville/Lisduggan’s fate in the All Ireland Pride of Place Awards to be decided in the coming week, it is speculated that the newcomers wanted to get a head start in taking up residence in the best place in Ireland to live.

John Hearne, local Sinn Féin councillor and Larchville resident, said, “They just moved in overnight. We contacted the Council and they say they can’t put them out because they are living in trees and they don’t need planning permission there. The Gardaí said they can’t touch them because they are causing no harm and are ‘elf-isolating’.”

Residents gather on the green to welcome the newcomers

Despite their unexpected arrival, the newcomers have been given a very warm welcome. As children can’t go around as normal for Halloween, Cllr Hearne encouraged them to help the Residents Association to find where each new resident has set up their home. Those who find all the fairy doors must submit the number to the Resident’s Association’s Facebook page to win a prize. Some have already been found living in two new hotels, made from old gas canisters, while others have been spotted high in the trees. Thousands of people have already viewed a video of the Residents Association’s discovery online.

Not much is known about them yet, but Cllr Hearne believes they will only be living in the area for a short time. “They will be here until Christmas and in the event of another lockdown they will be able to get all the Christmas presents out to the children. They have them all warehoused nearby, but they won’t tell me,” he said. 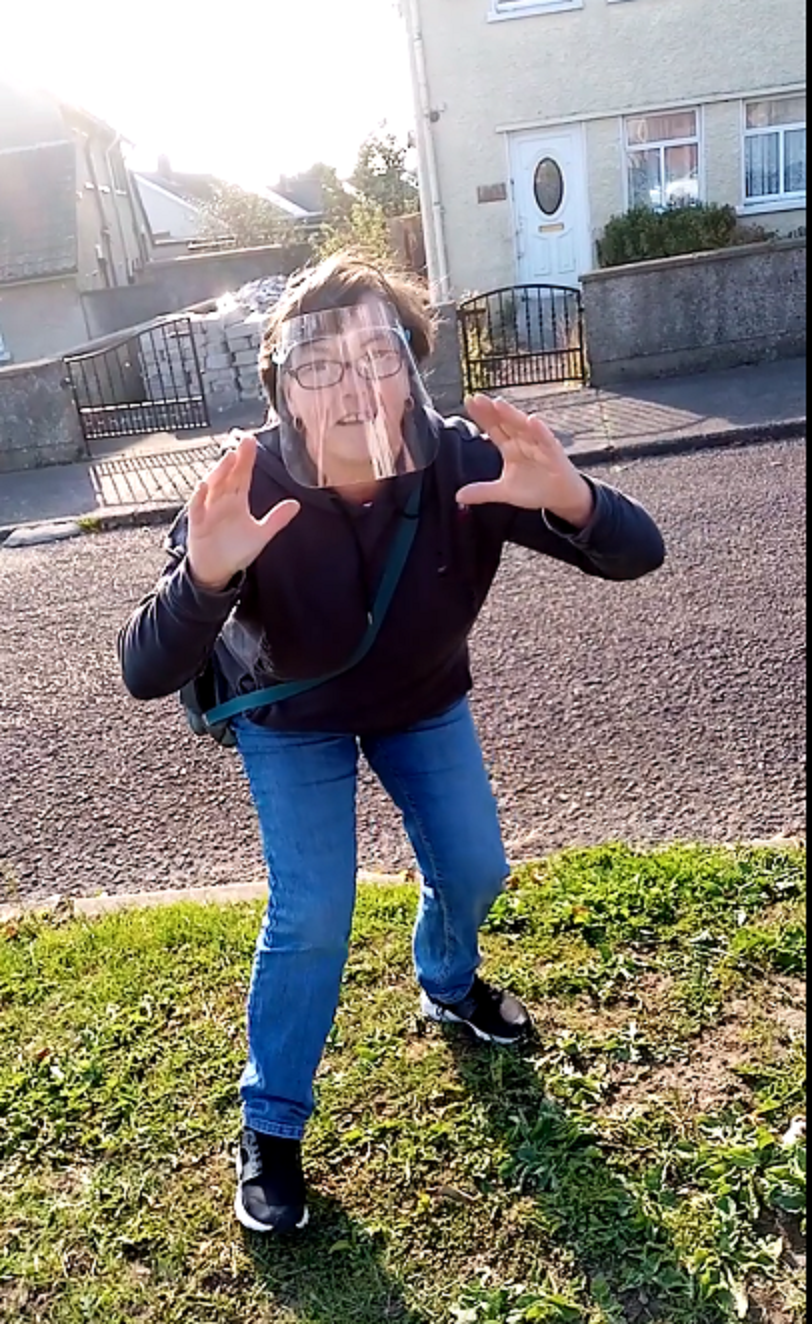 Veronica D’Ambra of the Larchville Residents Association outlines the mystery around the new residents’ arrival.

A spokesperson for Waterford City and County Council told the Waterford News & Star that, “Waterford Council will be sending out technicians to make sure the houses are suitable for elf isolation.”

Garda Chris Murray, Community Policing Garda for Larchville/Lisduggan confirmed that Waterford Gardaí are aware of the new arrivals. “We have received numerous calls to the station reporting an increase in numbers in the Larchville and Lisduggan area. Community Gardaí have looked into the matter, and can assure everyone that everything is above board with these new residents, once they remain in elf-isolation for two weeks.”

Some strange goings on in the parish little house's just appearing. Council trying to determine how's many. If the children could count them we will give a prize. We have contacted sinn féin councillor and local resident John Hearne for his opinion. And Veronica D'Ambra residents association.

Stephen Whittle was synonymous with the Dunmore East Lifeboat