A perfect Deise holiday…until the end 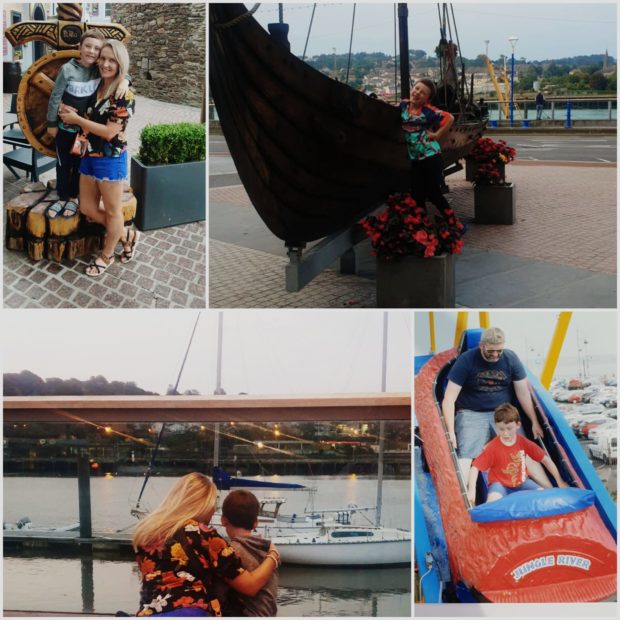 The Shanahans loved their time in Waterford City and County

A COUNTY Limerick family took advantage of pre-Level 3 restrictions back in August and came to Waterford for a good old fashioned staycation. The Shanahan family, who usually stick to the west of the the country for their trips had heard good things about Waterford so all seven of them booked into the Tower Hotel and looked forward to what would hopefully be a week to remember.

“The hotel was amazing, in a stunning location and with just the loveliest staff,” Breda Shanahan told the Waterford News & Star. “This wonderful city and county stands out and is without a doubt one of the best trips we have ever experienced on the Emerald Isle! A hidden gem really!”

Breda was beaming when she spoke about Waterford.

“The city is steeped in history with lovely walks, great shopping, great choice of bars and restaurants and the people are the jewels on the crown..super welcoming and friendly,” Breda continued. “We explored Tramore, its lovely beach and the amusements went down a treat with the kids. We spent time in Dunmore East also which was absolutely stunning, a place we will return to very soon I hope. Last but not least was our cycle along the incredibly beautiful Greenway was a real highlight and so enjoyable. It finished off with an evening in the beautiful bustling town of Dungarvan and my only regret was that we couldn’t stay any longer.”

On Thursday, August 13, their last day with us, the Shanahan’s spent a busy day in Dunmore East and upon returning to the hotel, found that the car park was full. Not feeling too bothered about it, they went over to Bolton Street Car Park instead.

“The following morning, we had breakfast and checked out,” Breda said. “We returned to our car and were shocked to see the whole side of it damaged, to the tune of what we later discovered to be €5000. We called the local Gardai and made a statement in the hope that someone witnessed what had happened or perhaps it was captured on CCTV in the area. Unfortunately we were out of luck. We have secured footage of the car that collided with our vehicle and the individuals that were driving. The footage is good quality but not clear enough to retrieve a registration number or identify those involved unfortunately.”

Breda said that she doesn’t hold out any hope of the perpetrators ever being found but if “by some miracle”, she would love to be able to salvage what had been an amazing week up until then.

“It was a horrible ending to the trip but we will never forget the amazing time we had in Waterford up until that point and as soon as restrictions are lifted we’ll definitely be returning to Waterford,” Breda said.

If you have any information about what might have happened the Shanahan’s car, please contact [email protected]

A new lease of life for former Little Sister’s building