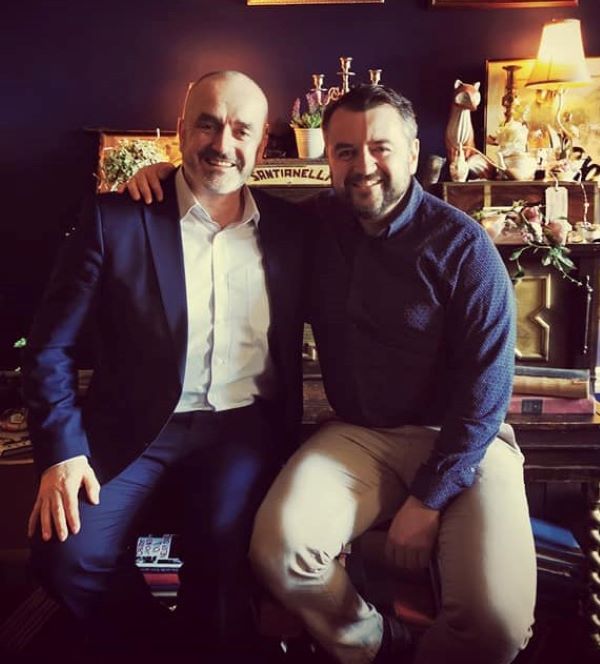 FOR some time now, Enda O’Doherty has been an engaging advocate for resilience and endurance, most notably when he walked from Belfast to Waterford in 2015, with a washing machine strapped to his back. Enda’s chosen charity was Pieta House, and he embarked on this siege, of sorts, with the aim of managing this almost unbearable load on his back, as a metaphor for the similarly unbearable load that many carry on their shoulders.

Two years later in 2017, Enda picked up his washing machine again and, this time, he was Kilimanjaro bound. The arduous climb to the summit was challenging, both mentally and physically, and at over 19,000 ft high, Enda reached the top with the help of his climbing team. It is these laborious endeavours, the intensity of his passion for mental health action, and his history of alcoholism which paved the way for his book, ‘I’m Fine’.

“This wouldn’t be possible without the brilliance and the writing of Dermot (Keyes),”said Enda. Waterford News & Star’s own Dermot Keyes has ghost-written Enda’s upcoming book, humbly brushing off Enda’s claims that “Dermot is not much of a ghost, he is all over it.”

Hitting the bookshelves on October 26, Enda has promised himself a special moment when the long-awaited for thud of the book drops in through the letterbox.

“When I left the printers, I sat outside for ten minutes and I bawled like a baby. I think back to the worst days, those days where I contemplated taking my own life. The days where I sat in the bathroom on the worst nights at 4am waiting for the dawn to happen.”

Those experiences have given Enda the ability to draw a line in the sand between then, and now, and while demons are never truly vanquished, Enda’s knowledge of those dark corners of 4am have given him the tools to turn his past into a strength. With the book currently going through the printers, Enda said, “I’m happy, I’m relieved, I’m delighted to think of the book coming out. I hope it inspires people and I hope it gives people hope.”

Embarking on the challenge and pulling away from the carpark on the bus with all of the others who were joining him on the Pieta House challenge to Kilimanjaro, he was struck by the many faces who had turned up to wave goodbye to their loved ones. Seeing so many waving, the gravity of what they were climbing for was presented in such clarity; fighting for others so that they don’t have to say goodbye.

At the top of Kilimanjaro, two or three days above the cloud line, Enda was in a tent with his wife, Maeve, and with the clouds, the jets, and the world as it were, below him, he realised the sheer enormity of how far he had come.

“I felt this quiet sense of pride that we had all come this far, we had done this.”

Sadly, 35-year-old Majella Duffy from Cork died during the challenge and the group brought home a crushing sadness with them. Majella had been climbing in memory of her father, and in the book, Dermot Keyes handles her death with sensitivity and respect. This is a pervasive respect throughout the book and the mutual respect and the understanding shown between Enda and Dermot Keyes makes it clear why Enda approached Dermot all that time ago to pitch the idea of a book to him; the subject matter required humility and care, and both men provided that in abundance.

Dermot poignantly said, “During the course of writing this book, your mother has died, and my father has died and neither of them will get to see the finished result and the fruition of it. It is bittersweet.”

Before her death, Enda’s mother picked up a copy of Woman’s Way magazine and excitedly said to her son “imagine, you’ll be on every dentist’s table in Ireland.” Having just recently found out that the Late Late Show may be interested in having Enda on as a guest, Enda said “ it is indeed bittersweet. If a young fella of any Irish mammy gets on the Late Late Show in Ireland, you’ve made it.”

The pandemic has been challenging, creating a widespread strain on mental health, Enda is honest in saying that his own mental health suffered at the beginning of the period of lockdown.

“I experienced anxiety and depression and I realised what was happening and I realised that I had the skillset to get out of it and I took actions that really put me back on the right track. One of those actions was to write a chapter for the book on Covid and on what people should do during it to deal with it. There are many dark chapters in the book, many dark places, but every single one of those have helped me, shaped me and taught me. When you are going through hell, it’s hard to think that this will change or improve you, but most challenges do have that potential.”

While Enda believed wholeheartedly in the potential for hope within the pages of his book, Dermot believed throughout the entire journey that a publisher, the right publisher, would show an interest and print their words.

“I had faith the whole way along that the strength of (Enda’s) story would be recognised by someone who wasn’t familiar with it.”

Enda maintains an active social media presence to remind people that eight lives are lost by suicide per week, he reminds people that they do not need to carry such a heavy load alone. He is cognisant that everyone has a backstory, and in offering his own story of addiction, mental health difficulties and anxiety, he forges a trust with those who follow him on social media, and those who will read his book. 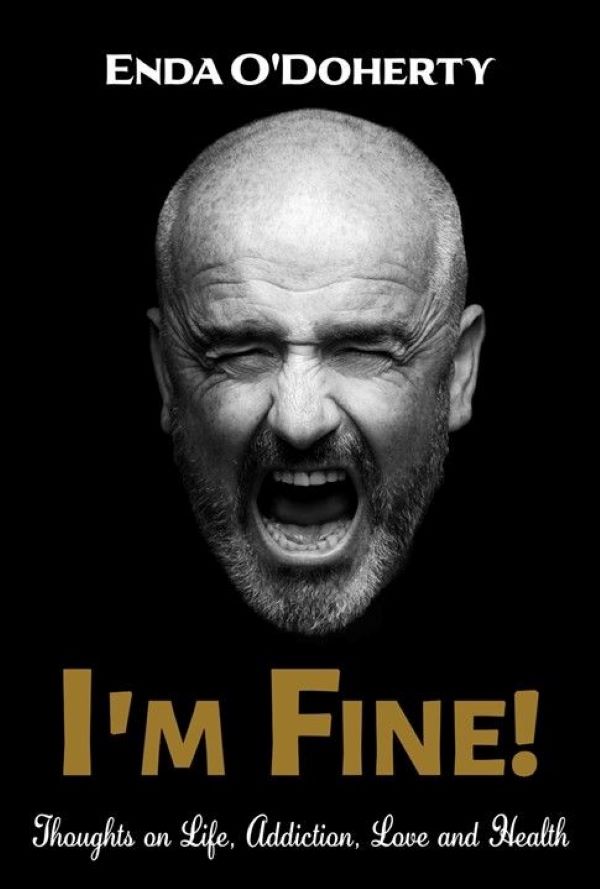 The washing machine was initially carried alone by Enda, but he needed help on the last stretch when the journey was difficult and the load was heavy. His journey through addiction and subsequent mental health challenges was borne alone initially and then with the support of family and friends. The book, ‘I’m Fine’ was initially a solo idea, and when Enda shared it with Dermot, it fleshed out and shaped itself into an honest and wholly inspirational book, sculpted by a mutual understanding and sensitivity.

“If you share enough of your difficulties, sharing of the wound becomes sharing of knowledge,” Enda said.