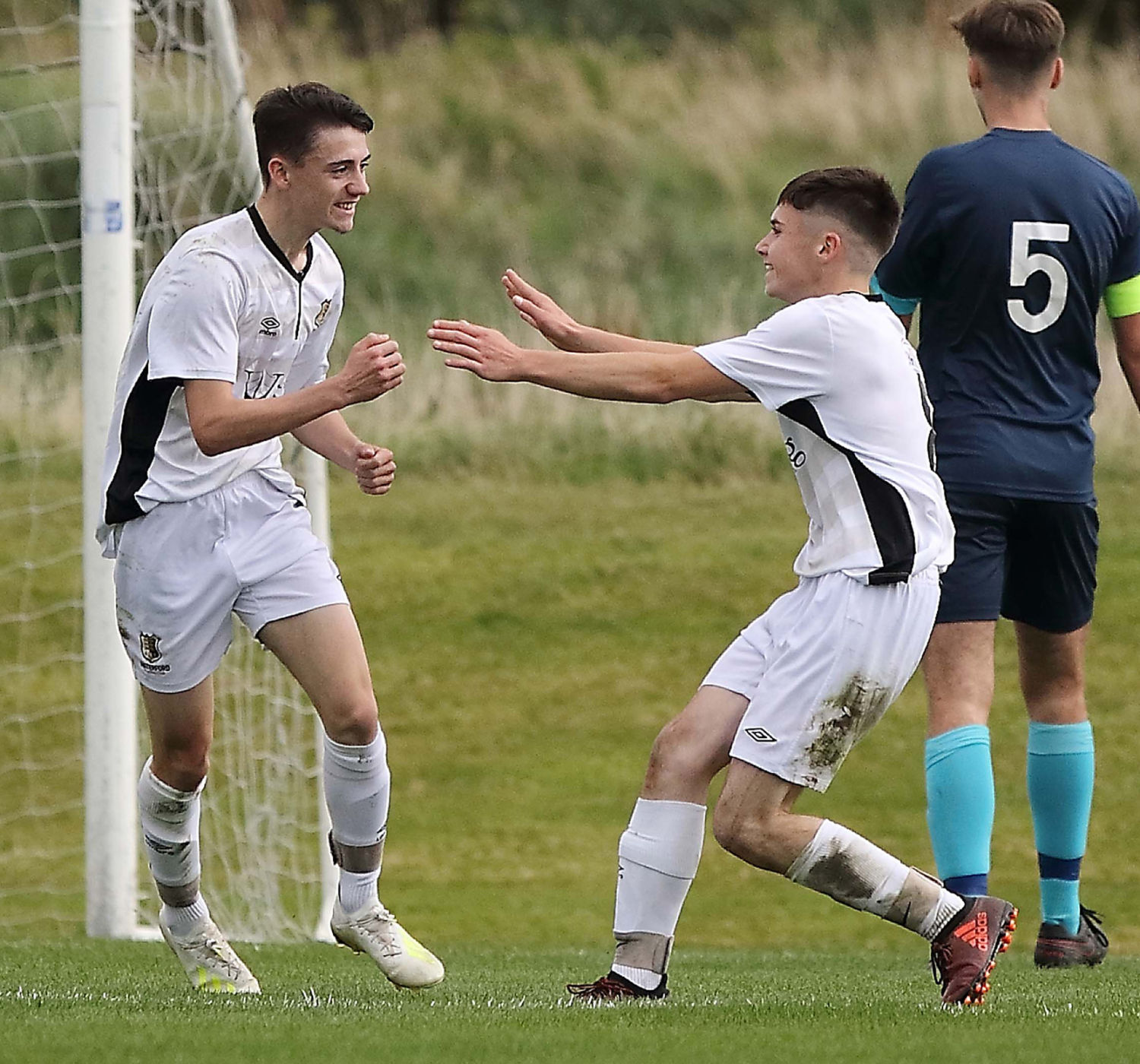 Jamie Lee opens the scoring for the Blues U-17s against Cobh Ramblers at the WIT Arena on Saturday last. All academy games have been put on hold by the FAI as of tonight. Photo: Paul Elliott.

The FAI have this evening (Friday) confirmed that they have made the decision to call a halt to all elite underage games this weekend amid the high increase in Covid 19 cases with further advice to be issued after an upcoming Cabinet meeting.

It comes as all four Waterford FC Academy sides were due to play in games this weekend. Craig Shead’s Under 13 side were due to travel to take on Kerry in the shield section of the league just three days after losing to Wexford FC 3-2 at the WIT Arena.

Mike Geoghegan’s Under 15s were due to have their second home game in as many days as they were due to welcome the Kingdom outfit to the WIT after they suffered a narrow 1-0 defeat at the hands of Cobh Ramblers midweek.

After victory over Cobh Ramblers in the next stage of the SSE Airtricity Under 17 League, the Blues were due to be on the road tomorrow (Saturday) against Shamrock Rovers, while the two clubs were due to meet in Sunday’s U-19 crunch Under 19 battle at the RSC.

A statement issued by the FAI read: “Following discussions with Government agencies today, and in the interests of public health, the Football Association of Ireland have postponed all elite underage football matches this weekend as we await the outcome of the upcoming Cabinet meeting.

“This decision will see all fixtures in all five underage National Leagues, SSE Airtricity underage leagues and Women’s National U-17 League, postponed with all other elite underage football games also suspended.

“As with adult amateur and underage grassroots football, all underage elite teams can continue to train in a non-contact environment and in pods of 15, subject to current Government guidelines. This ruling does not affect the SSE Airtricity League Premier Division and First Division, the Women’s National League and all international football which will carry on as per agreement with Government.

“The FAI will review this postponement internally and with Government early next week. The health and safety of all players, coaching staff, match officials, volunteers, parents/guardians and supporters remains foremost in all FAI decisions.”