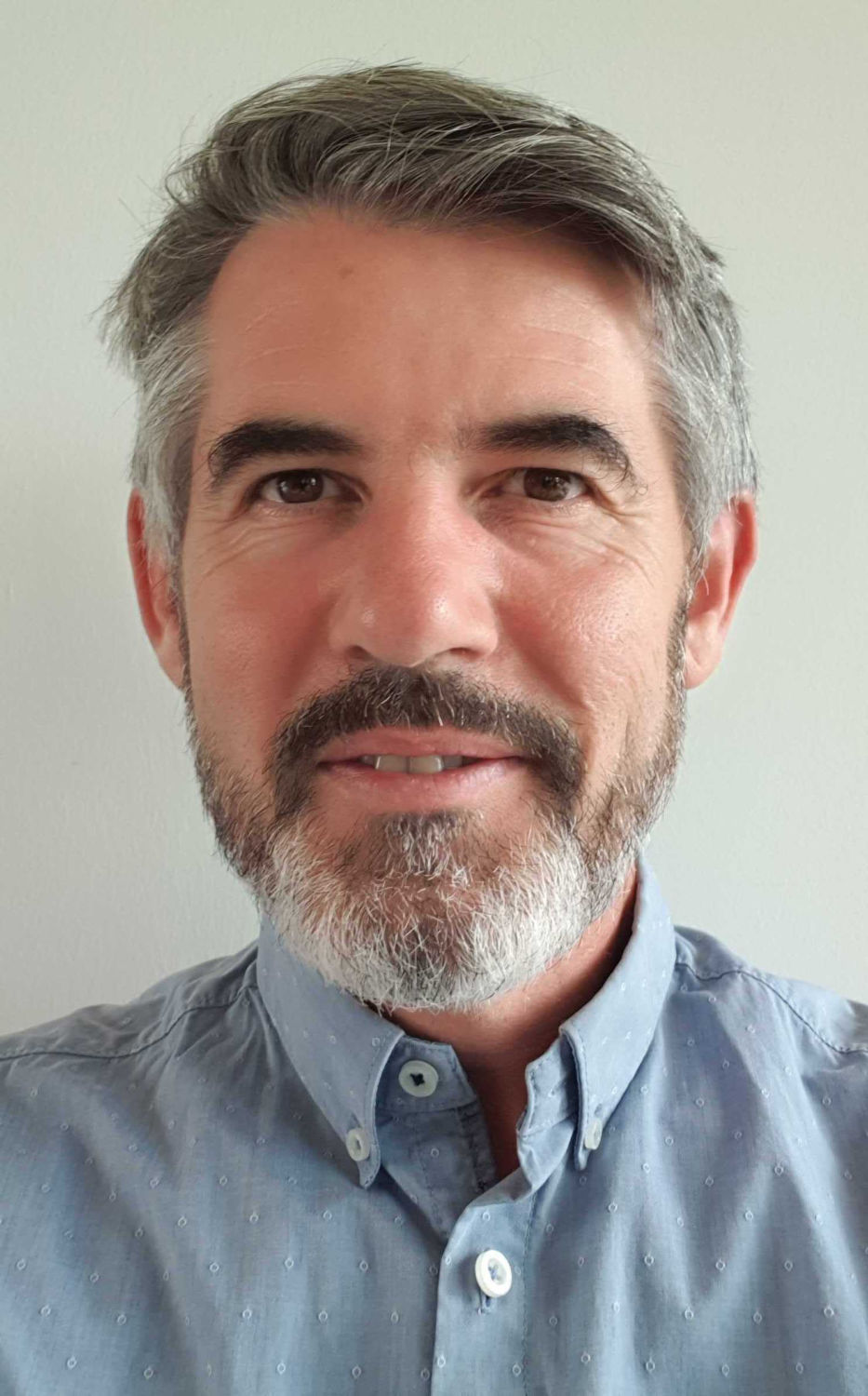 IAN is a native of Waterford City and is 46-years-old. He met East-Berlin born better half Susanne in Dublin around 1999/2000. They lived in Dublin and later Galway until moving to the German capital in 2010 where they have been based since. They live there with their dog Lela, a great network of friends, including many brilliant Irish people. Professionally, Ian is a designer, designing products, games and apps for over 20 years as well as starting and building tech companies. Shortly after he moved to Berlin, he founded an Irish company and online design tool fluidui.com – it turned 10 years old this August – in start-up terms it’s a granddad. Ian is now founder and CEO of a Berlin-based company called Formation where he’s busy building a new kind of productivity app for frontline workers.

Life in a day

For over ten years I’ve been mostly working from home so my pre-and-post Corona daily routine doesn’t look so different. When I wake up I drink a coffee or two (or three) and read the news online. I read Irish, German, UK and some US news – I like to get my information from multiple sources, then I take the dog for a short morning walk if it’s my turn. Now, as before, I spend most of my day in meetings, designing the Formation app or working with our designers, planning, running the company and meeting various people connected with Formation inside and outside, often in person. Since Corona hit I still have a very similar routine only that most of my meetings are now online – generally I spend too much time in meetings, goes with the job. I still go to the office at least a couple of days a week so I can meet my co-founders, and we can work together as a team (we’re now 15 people in total).

In Secondary Mr O’Brien was my art teacher. He was infectiously enthusiastic and passionate about art and was a talented artist himself. I learned so much from him and he inspired everyone he met.

Dare to say what’s on your mind even if it might be unpopular.

I colourise old black and white photos – I find it fascinating and relaxing. I also find cycling very relaxing and it takes my mind off things, I try to do it often and we love long walks with the dog.

My favourite film is Barry Lyndon by Stanley Kubrick, filmed in Waterford in 1974 and is widely considered his most beautiful film

The last time I watched a movie. I’m useless at holding back, if the scene is sad I cry.

This summer my colourisation of the famous 1959 photo of Larry Guinan and Frankie Walsh went a bit viral online and was later published by the Irish Examiner and the News & Star, this was such an honour. Watch out for some special colourisatons in this year’s Festive Star.

I am not very religious so I don’t pray in that sense. I do believe in something bigger than us – the universe is a big, big place so who knows what’s really out there.

My biggest fear is that I might not get to do all the projects I’ve dreamed of doing. As it is with most designers and creatives we suffer from the problem of too many ideas – overload – more ideas than there are hours in the day, so in some ways I’m already sure to realise this fear some day.

I am not very materialistic so I would say only a very beautifully marked stone that I picked up on the back strand earlier this year – now I have a piece of Waterford in Berlin.

The people are my favorite thing about Waterford – just amazing, tough, smart, funny and inspiring. After that I suppose the Greenway, this is the best thing to happen to Waterford in a while. Whenever we’re home to visit friends and family, we always go to Dungarvan – and back on the Greenway, at least once but usually more.

I would abolish gossip and rescue people from the fear of what others might think of them. In Berlin people tend to do their own thing regardless of what others might say – people usually don’t say much anyway – I think this one difference makes the whole city a more healthy, interesting and free place. I imagine the huge creative potential this one change would unleash in Waterford.