Shining a light on homelessness in splendid isolation 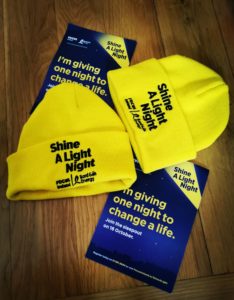 Focus Ireland’s fundraising target for its ‘Shine a Light Night’ sleep-out is within sight.

A COAL-coloured snout emerged from beneath our kitchen window in Williamstown at around 7:15 this morning.

Buddy, one half of our canine duo, clapped eyes on me, as he had prior to 11pm last night as I assembled my bedding for the Focus Ireland ‘Shine a Light Night’ fundraising sleep-out.

With the look of a dog that needed an outing of a slightly different kind, I emerged from my sleeping bag and packed away my bag, two old pillows and cardboard ‘mattress’ before taking himself and his bigger adopted brother Zippy off for a sunrise walk.

It was an earlier than usual start to my Saturday morning following a less than typical Friday night, out under the clouds for an event I’ve participated at local level since 2015.

One night out a year like this, as part of a nationwide fundraising effort to assist the almost 8,800 people in this State who are currently homeless, is hardly an enormous sacrifice.

That over 50 donors saw fit (at the time of writing) to donate just over €1200 towards my fundraising effort proved both unexpected and overwhelming.

Perhaps the strained times we live in prompted many people to support the fundraiser, a reminder that for all the inconvenience of life under restriction, most of us have a place we can happily call our own. Our own refuge. Our own safe haven away from the greater problems that are so pervasive through every waking moment at present.

Whatever motivation lay behind each of those donations, all I can offer is a humble thank you from the bottom of my heart. And through the wonderful generosity of friends, family, colleagues and acquaintances, attempting to sleep on a wooden deck never felt so comforting. 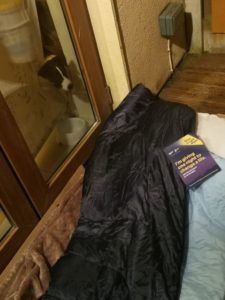 Buddy, our pint-sized dog, appears to be querying my lodgings last night!

By the way, my Fitbit indicated I’d slept for four hours and 33 minutes, which I must have because as I write these words, prior to bringing the dogs for their second walk of the day, I don’t feel overly tired. However, there’s no telling what the energy levels will be two to three hours from now so it’s best to just savour the present!

Due to the pandemic, group sleep-outs in previously used locations such as the Edmund Rice Centre in Mount Sion couldn’t go ahead.

Instead, all across the country, individuals, families and work colleagues, practicing social distancing where required, slept out in homes, gardens and other safe private spaces, as part of the annual fundraising effort. And what an effort it has proven to be, with Focus Ireland within striking distance of its €1.3 million target as these words were being compiled just before 5pm.

“It’s extraordinary that we’ve already passed the €1 million mark,” Focus Ireland Director of Advocacy Mike Allen said during a Zoom Q & A session (with 144 participants) at 9pm last night, “so well to everybody and thank you so much for your support”. 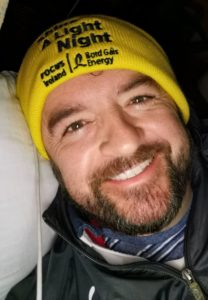 This reporter pictured just after 7am. The end of the sleep-out was comfortably within view.

He added: “The single most important message which everybody in public health has been giving out in terms of what people should do during Covid-19 to stay safe: they should stay at home. That’s what we’ve all been told, that’s what we’ve all been trying to do and that’s what we’re going to be doing over the next number of weeks. But that’s not so easy if you haven’t got a home and I think the centrality of how important a home is in everybody’s lives, to feel human and to be safe, has really been emphasised during the Covid-19 period. I think that’s why we’ve got so many people here tonight and that’s why I feel we’ve been so successful in the fundraising because it’s really brought home to people how important a home is.” I couldn’t agree more.

As the donations kept coming into my page over the course of today, I felt an enormous level  of gratitude that so many people chose to make my sleep-out a worthwhile endeavour on a scale I’d not previously anticipated. Thanks to each and every one of you. You know who you are. And I’m so bloody glad to know you all!

You can still support the work of Focus Ireland by donating to my page: https://shine-a-light-night-2020.everydayhero.com/ie/mr-dermot-keyes# 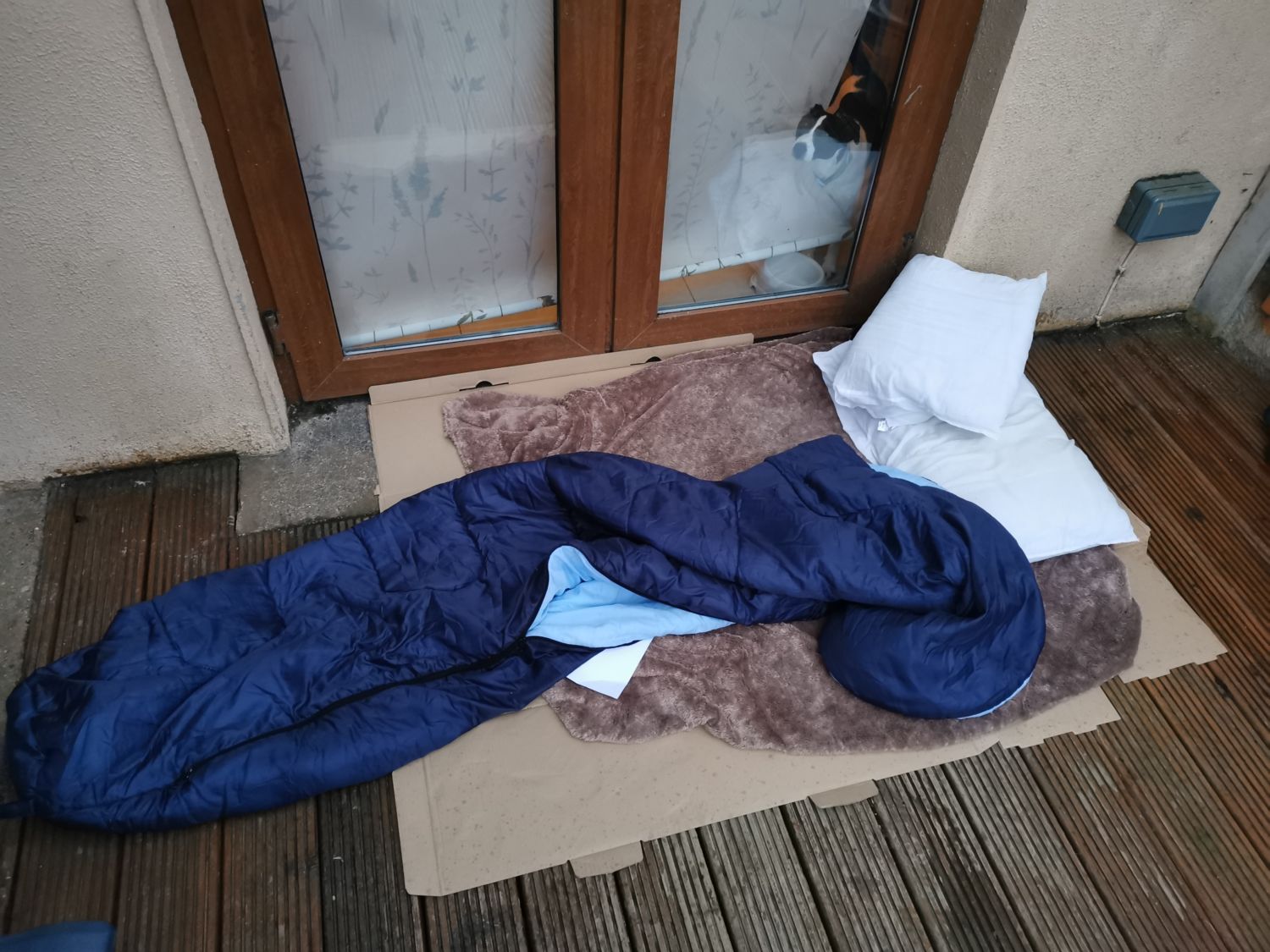 Buddy once again appeared as I emerged from my sleeping bag. It was time for his morning walk, after all!