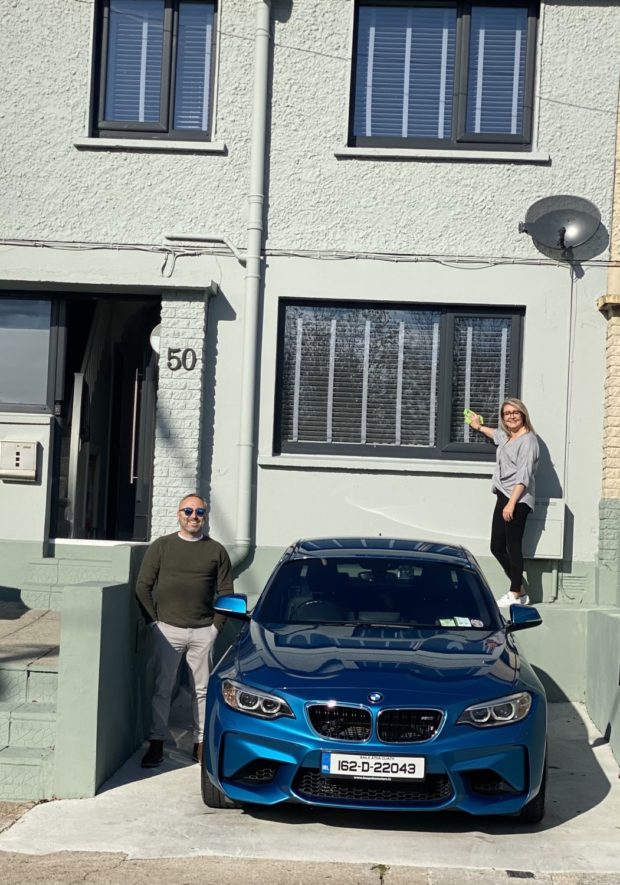 Colin and Rose are raffling everything so they can have enjoy the trip of a lifetime.

SELLING your house can be an arduous and stressful task, especially when you’re in the middle of a pandemic and on the cusp of a recession. For one Waterford couple – who are looking at embarking on the adventure of their dreams – the task seemed so daunting that they decided to try a more novel approach – a raffle!

Rose Jones and her husband Colin, from Hennessy’s Road in the city are hoping to travel Europe in a camper van next year, to coincide with Rose’s 50th Birthday. It’s always been a dream of theirs, one that they could be forgiven for almost forgetting about as soon as Covid-19 introduced itself to the world. However, a new plan emerged, in the shape of a raffle, where one lucky winner could win the couple’s recently renovated home, as well as their BMW M2 AND €5000 in cash.

“The way this year has gone has made us think twice about living for the moment,” Rose told the Waterford News & Star this week. “We’ve always wanted to travel around Europe in a camper van and we really feel like we need to make some dreams come true and hopefully save up some priceless memories in the meantime.”

The couple both work for K-Sport and were understandably hesitant about asking for a year out. Thankfully, their bosses were supportive and gave them the green light. The next problem however, could be trickier…raising the money.

“We just finished renovating our house on Hennessy’s Road, completely inside and out and at the time this was going to be our forever house so we spent a lot of money on the renovations,” Rose said. “With all restrictions there was no way of selling our house, so I was looking into other ways of selling houses, and came across a raffle site (www.raffall.com) and did some research as well as speaking to some of the people who already raffled and some that are in the middle of the process right now. I had to bend the husbands arm to put the car in with the draw also as this was something all the others were doing and to be fair it would help get the men to buy tickets as well.”

Similar to GAA style raffles where houses are given away, Rose and Colin’s prize is only up for grabs if they reach ticket sales of 80,000 at just £5 each. If they reach that target, on December 20, one lucky person will win it all (with all legal fees and stamp duty paid for). If not, someone will still win 75% of the ticket sales, but the couple will get to keep their possessions.

“I know it sounds crazy, but we’re living in crazy times now and I don’t want to regret not doing it later on in life,” Rose said. “Having lost family and friends to cancer in the last couple of years, life is for living and grasping any happiness you can with both hands, as they say “The biggest adventure you can take is to live the life of your dreams” well for a while anyway.”

For more information on the raffle of a lifetime, check out the couple’s Facebook Page hat www.facebook.com/PrizeHomeWaterford – it might just make your Christmas!

A new lease of life for former Little Sister’s building