THE desired impact of Budget 2021’s measures already feel like something of a historical footnote in the wake of last night’s Level 5 Government announcement, with the return to lockdown earning criticism from economist Jim Power.

The decision led the Clonea-Power native to Tweet: “Level 5 restrictions. Farewell economy and society…We are not living with (Covid-19). The lack of political leadership is scary.”

Just six days previously, which give the current news cycle feels like a lot longer ago, Mr Power had described the Budget as “an incredibly expansionary package”.

Speaking at the PwC Budget briefing on Tuesday last, Mr Power described the €17.7 billion strategy as “a counter-cyclical approach and it’s the first time in my living memory that we’ve actually seen such an approach really applied”.

In comparison to Ireland’s austerity budgets which saw “a lot of money out of an economy that was already in serious trouble”, Jim Power said the Budget had been finalised in the midst of “a global issue. Ireland is not alone. The EU relaxed its fiscal rules early in the crisis which was very important because previously there was a restriction of three per cent on your budget deficit during a downturn and you had to run a surplus during the upturn to balance the budget over the cycle so that was relaxed at the beginning of the crisis  – which was very positive.”

In addition, the European Central Bank (ECB) “has been engaging in aggressive quantitative easing – or buying government bonds since March and that has pushed government bond yields down to record low levels”. This, said Mr Power, means “that most countries can borrow for virtually nothing at the minute… so it’s effectively free money”.

Describing the Pandemic Unemployment supports, the July Stimulus and last week’s Budget as a trilogy of measures, Jim Power said this trio had been designed to ensure “that all of those businesses that were viable on March 1 – that when this thing eventually ends – that we need to make sure that as many of them are still around as possible to pick up the pieces. Because we won’t be able to re-grow our tourism sector if we don’t have restaurants, hotels, bars and so on – as are the attractions – because they need to be supported during this crisis. We need to make sure that those businesses are around to pick up the pieces and drive the domestic economy forward and to re-employ the 228,000 workers who are currently in receipt of Pandemic Unemployment Payments.”

As for what may lie beyond Covid-19 (and again, taking into account he was speaking prior to the Level 5 announcement) Mr Power said: “the (economic) contraction this year was less strong than expected and the recovery next year is less strong than had been previously expected. Two assumptions underlie that: one is that we do not get a trade deal on Brexit by the end of the year and that come January 1, Britain exits the transition mechanism with World Trade Organisation tariffs then applying. The sector that is obviously most exposed to that (scenario) is agri-food where the UK is an incredibly important market. The second assumption is that we do not get a (Covid-19) vaccine – in other words, the Covid uncertainty would continue into 2021.” 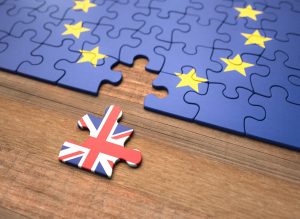 Hoping that neither will ultimately play out in such a manner, Mr Power continued: “The mood music on Brexit is dreadful. There’s no doubt about that. But I still have a gut instinct that sanity will prevail at the end of the day and that we will get a watered-down deal that will avoid a really hard Brexit come January 1. But having said that, whatever happens now, the trading relationship between Ireland and the UK is going to change fundamentally for all business – even if we get a ‘skinny’ deal.”

Jim Power said the path of the coronavirus “will determine the global and Irish economy; we’ve seen the resurgence again in recent weeks everywhere…but it is a major source of uncertainty.”

Sharing a sentiment he subsequently put in blunter terms on Twitter, Mr Power stated: “And extended, prolonged and periodic lockdowns is definitely not a recipe for success so that epidemiology is much more important to 2021 than economics per se.”