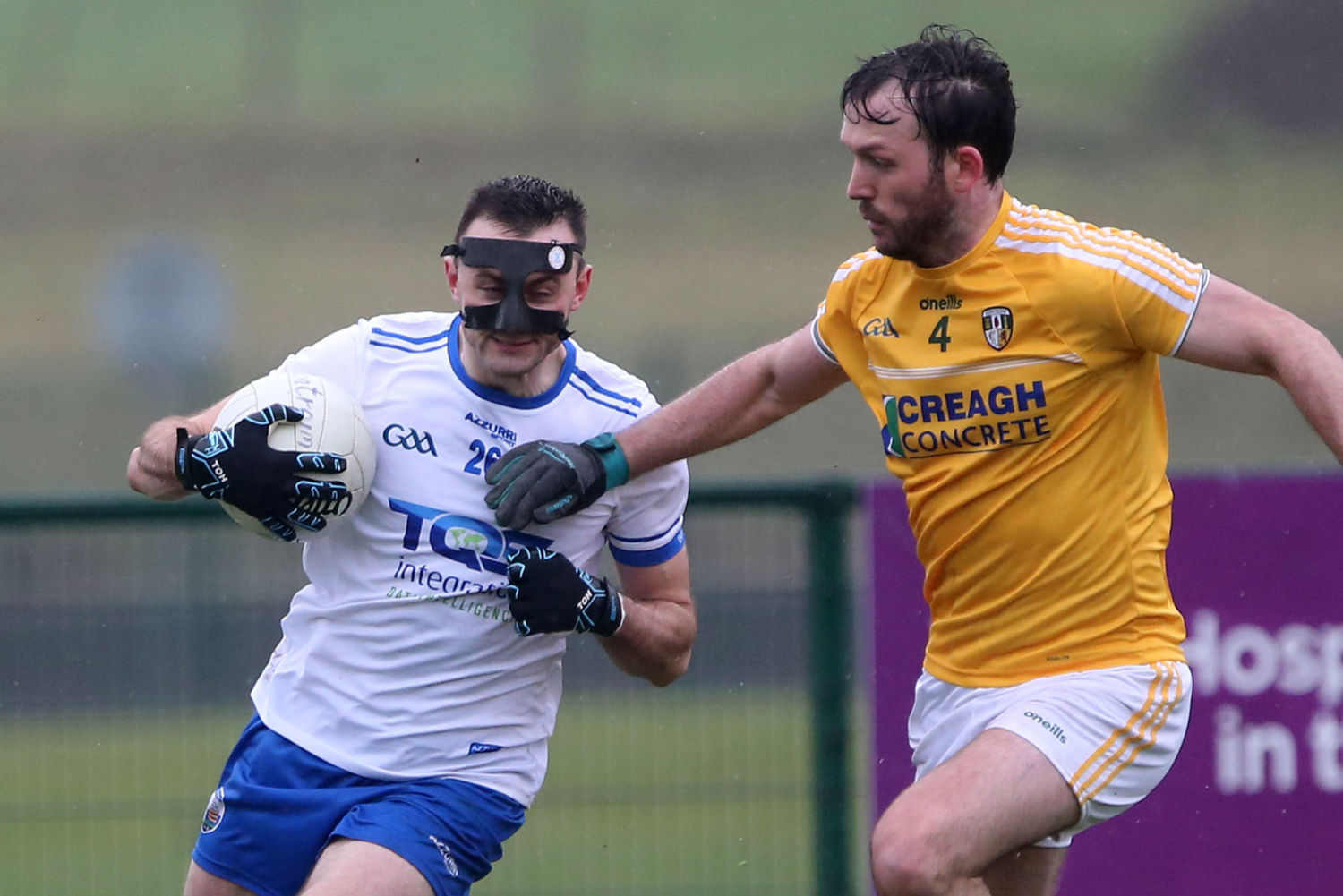 Waterford’s Stephen Curry is tackled by Antrim’s Patrick Gallagher during their last NFL Div. 4 match played at the WIT Arena in 2019. They clash again on Saturday in Dundalk. Photo: Maurice Hennebry.

What a difference a day makes.

After yesterday morning’s statement from Waterford GAA saying that the county’s senior footballers would not be travelling to Antrim for their final NFL game on Saturday, Antrim replied last night to say that they had decided to move the game to Dundalk, where the game will now take place tomorrow (Saturday) at 2pm.

This is what they tweeted, “We have offered @WaterfordGAA to move our home game from @casementsgac to Belfast now to Dundalk @louthgaa. We believe that the integrity of the league needs to be upheld. If we are good enough to collect 2 Pts we will do it in a fair and manly manner on the field of play.”

While Waterford, who did not play last weekend as they were scheduled to face London, are out of the reckoning in Division 4, Antrim, despite a severe beating by Wicklow last weekend remain in the mix for promotion to Division 3 if they were to beat Waterford or receive a walkover. They presently lie fourth in the League table on seven points, one behind Wicklow, Wexford and Limerick who are all on eight points with Wicklow and Wexford enjoying a vastly superior score difference to Limerick.
For Antrim to be promoted they would have to beat Waterford and hope that Limerick would lose away to Sligo. There would also need to be a result to the Wexford/Wicklow game for a draw would see both teams on nine points with Wicklow being promoted with Limerick should they beat Sligo or, in the event of Limerick losing, a draw would see both Wicklow and Wexford promoted ahead of a victorious Antrim on score difference.

Waterford will be delighted to get the chance to get a competitive game seven days out from the Munster Championship clash with Limerick in Fraher Field.