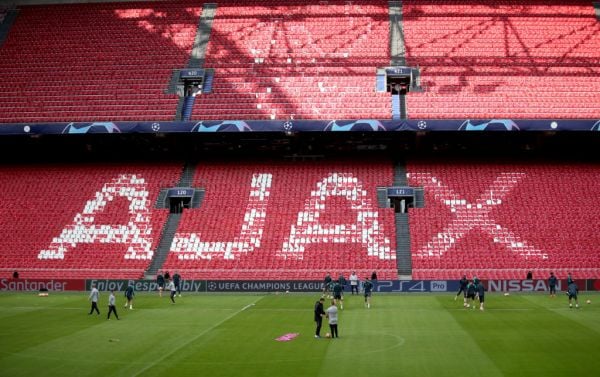 Representing thousands of football fans on Twitter is always a difficult job in defeat, but when your side concedes 13 goals in one game, it doesn’t get much worse.

That is exactly what happened to Dutch team VVV-Venlo, a top tier of Dutch side who lost 13-0 to Ajax on Saturday.

The home side conceded four in the first half of their league game against the 2019/20 champions before having a man sent off early in the second half.

That prompted a capitulation unlike any other in the league’s history, as Ajax notched nine more goals and set a record for the biggest margin of victory ever.

13 – @AFCAjax are the first team ever to score 13 goals in a single Eredivisie game, breaking their own record from May 1972 (12-1 v Vitesse). Record. pic.twitter.com/rFaH9nh7hn

You know it’s bad when Gary Lineker starts joking about your misfortune.

But perhaps the hardest job of the day went to the home team’s Twitter admin, who had the job of delivering the bad news to the fans on social media.

At 9-0 they turned to the gif keyboard to vent their frustration.

At 10-0 it was Homer Simpson’s turn to communicate the news.

And at full time, three furious emoji were all that was left.