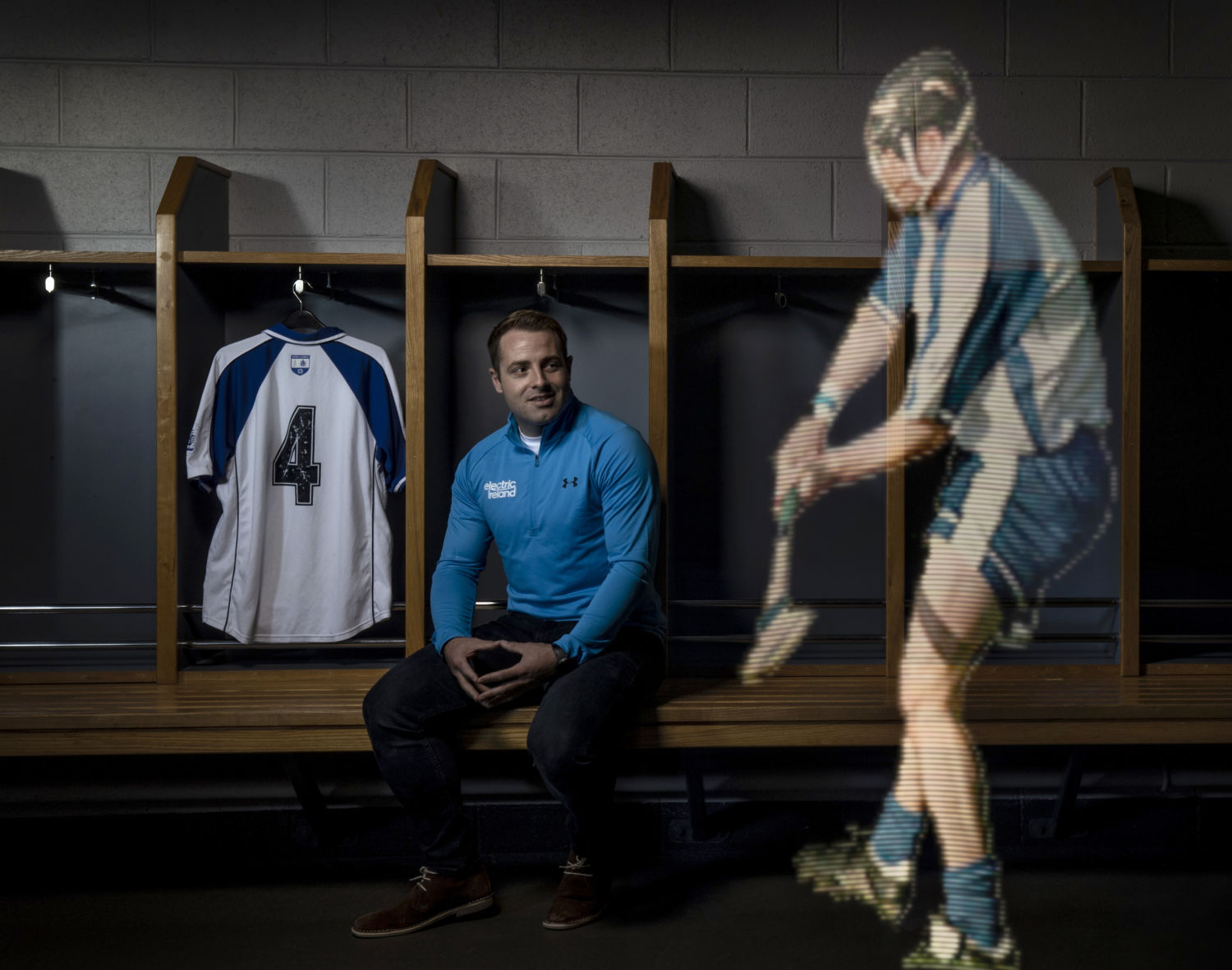 Passage and former Waterford captain, Noel Connors, pictured supporting the seventh year of Electric Ireland’s landmark #GAAThisIsMajor campaign, with the return of the Player of the Week initiative and the Minor Star awards. The awards will announce the Electric Ireland GAA Minor Hurling and Football Teams of The Year as well as a special 2020 award to recognise the outstanding off the pitch contribution of one young Minor in the country who has gone above and beyond for their community during Covid-19. Photos: Inpho.

With his customary grin and good humour, three-time All-Star Noel Connors fielded questions from the fourth estate on Tuesday last with both time-honoured candour and frankness.

Speaking at the launch of the Electric Ireland Minor Championships, there were no chips to be seen on either shoulder when asked about not making the inter-county cut for Déise boss Liam Cahill.

“To be honest, I didn’t even think about it,” said the Passage clubman when it came to preparing for an altogether different kind of hurling year.

“I was literally just focused on the club, week on week. You were straight back on a Monday training for the match the following week which was really positive for us. It’s not something I even thought about.”

‘OUT OF MY HANDS’

So did Noel found being left out of the Waterford panel difficult? “Do you know what, it was completely out of my hands anyway,” he replied.

“There is nothing I can really do or say to change things. You get on with life. You do things that you need to do. I’m not trying to sound bitter or anything like that but there is a life outside where you have to work, you’ve a family at home. even though Waterford has been a huge part of my life for the last 11 years or so, it’s taken over a big part of my life playing senior for Waterford. So it’s been a change. You have plenty of other things – I wouldn’t say distractions. You have things that are just as important or more important to go home to.” 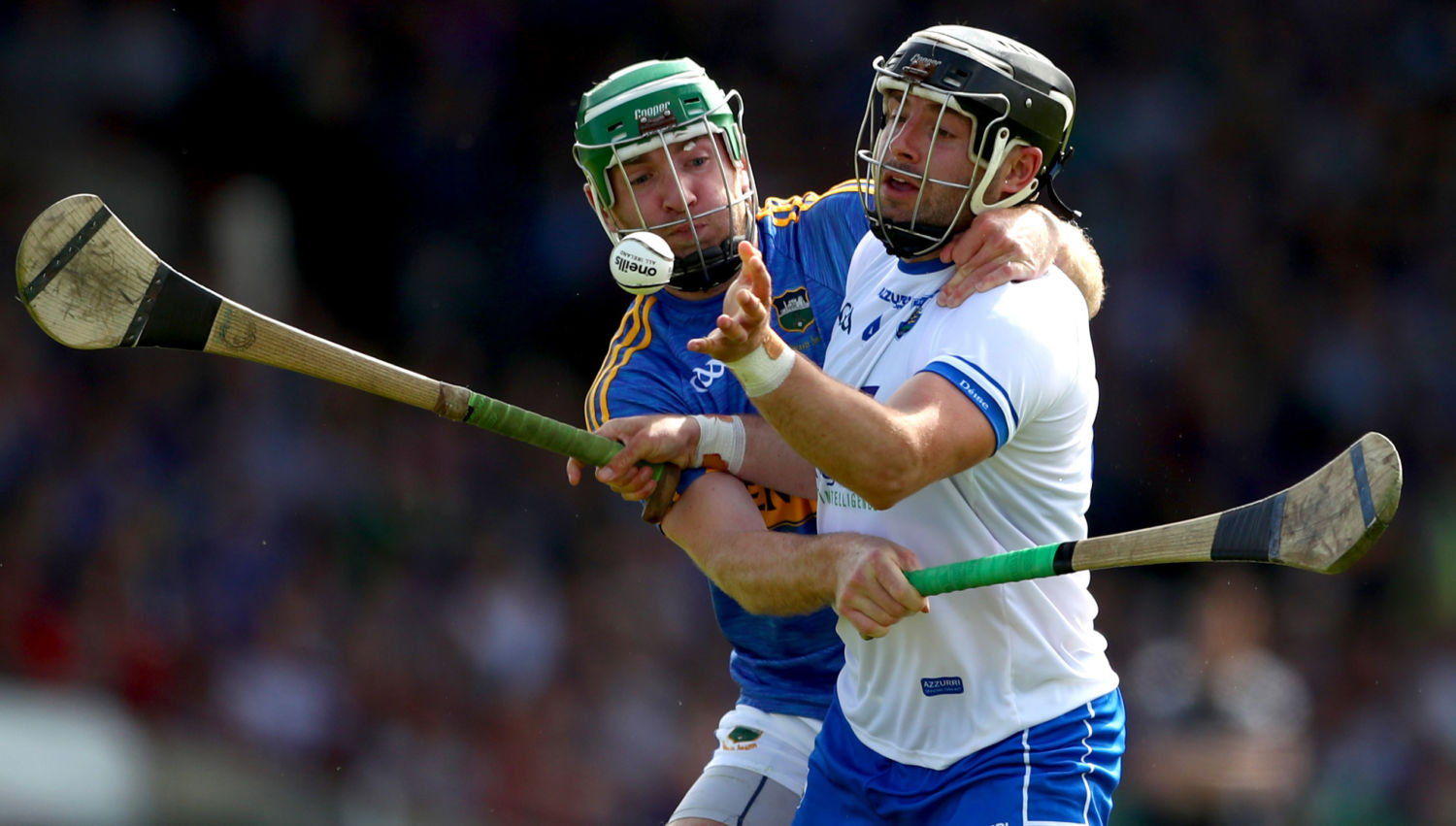 Noel in action for Waterford against Tipperary’s Noel McGrath during their 2018 Munster GAA SHC clash in Limerick.

But it’s clear that Connors hasn’t retired from inter-county hurling. “You never say never in these situations. Sport is funny. You’d never turn your back on your county or your club. Whatever the right decision is, you make that decision. I’ve always been that way. You know me the last 11 years, I’m very much a glass half-full man. I’m very happy and open and honest about these things. Whatever has to be done in the future will be done.

Noel, who is a lecturer in sports management at WIT, has been keeping busy during the lockdown. In fact, he reckons he’s busier than ever.

“You always assume that it’s going to be nice and quiet but no, I’ve been busy enough in work obviously taking on a few more PhD students and research masters students, undergrads, dissertations and all of those things…I’ve got three PhD students, research masters students and four undergrad students for thesis and I have a good few hours there on the timetable as well so that’s certainly keeping me busy and then I have a year and a half old, an 18-month old, running around the place keeping me busy as well. Things are very busy!” 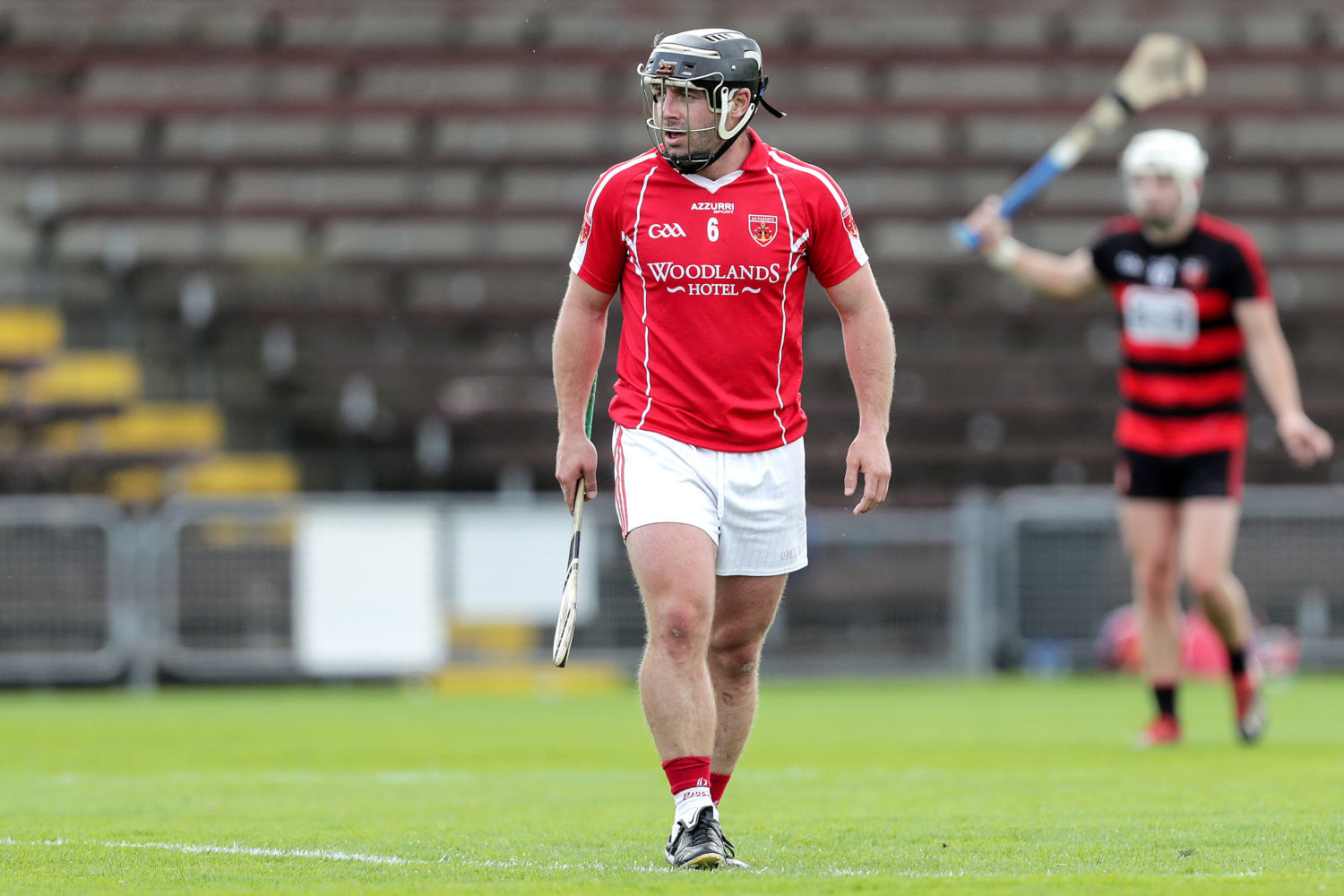 Despite a the eventual final loss to Ballygunner, Noel loved Passage’s summer of hurling.

‘WE ALL CRAVE STRUCTURE’

Despite the disappointment of the heavy Senior Hurling Final defeat to Ballygunner, Noel remains positive about the whistle-stop campaign which brought Passage to another decider.

“It was actually really, really nice in the sense that what was really good about it was everybody had structure,” he said.

“We all crave some bit of structure and to know exactly who we’re playing. When you know you’re training and you’re playing matches week after week well then obviously you can prepare yourself to play those matches. It was amazing, I know it would have been ideal to have a week or two between the quarter-final, semi-final and final but look, we were fortunate enough in the end to be able to play matches. It was really, really good, really refreshing that literally you had one focus and the focus was to get out with the club and have a couple of weeks before it and put the head down and do a hard couple of weeks and just put your shoulder to the wheel for the championship matches.”

Expressing sympathy for the footballers of Rathgormack and Ballinacourty, who may not play their Senior Final until the Spring, Noel commented: “That’s obviously very disappointing given the fact that you have two club teams now that are playing considerably well and putting up big scores and it would have been interesting to watch both teams play and go at each other. But on the other side of things, you have to realise again that we’re in a fortunate enough situation to be able to play matches. It’s a Catch 22 situation; obviously things can change or are they just content to play a couple of matches? I don’t know. In my view, I would prefer to play the Championship and just see it out for another week.”

And so to Waterford who, at the time of writing, remain scheduled to face off with Cork in the Munster Senior Semi-Final in Thurles on Saturday week, opposition that the Déise will respect without being daunted by.

“It’s funny, you always look back on the traditional matches from ’04 really on where Waterford and Cork have always been matches where you try to outscore one another and it’s the neighbouring rivalry as well which adds a bit of flavour to it,” he said.

“I don’t think any of the Waterford lads going forward will fear Cork. The vast majority of lads that are on the panel now have been played at some level (against Cork), played a lot of matches against Cork at championship level so they’re well prepared and know exactly what to expect. So it’s another championship match for them.”

So how does he see things panning out at Semple Stadium? “I think it’ll be an interesting game. Without trying to sit on the fence, Waterford certainly have capabilities. I think you could go through the team, from the likes of ‘SOK’, who is an All-Star goalkeeper, the whole way through with Darragh Fives, Shane Fives and Kevin Moran; then you still have the likes of Jamie Barron, the Bennetts, you have all these lads, with Dessie Hutchinson back again and Paraic Mahony, fellas who are very impressive and top class hurlers so the panel is certainly there. The likes of Jake Dillon is back in this year, these are top class guys, Conor Gleeson, fellas that are there a few years, that are developed, that have come on over the last 12 to 18 months which will definitely add value to Waterford. So in short, can they beat Cork? Absolutely.”

The post-2017 slump could scarcely have been foreseen after that summer of great endeavour, culminating in that three-point All-Ireland Final reversal to Galway. With the old Championship system back in play, Noel Connors feels Waterford might benefit from this retrofit.

“I think that knock-out hurling suits the underdog because it’s a one-off match,” he said. “Whereas if you’re playing a number of matches in a league format, it’s generally the teams that are better balanced or more developed, in the sense that they might have 25 or 30 lads who can play any day. That suits them more. When you’re from a smaller county like Waterford, even though you have exceptional players, it can be tough playing four competitive matches in a short period of time…but it always suits the underdog because you’re playing one-off matches.”

Despite the disappointments of 2018 and 19, Noel still feels there’s an unavoidable level of pressure still in the Déise there.

“There’s nobody who wants to go out and not perform,” he commented. “There’s always an expectation that you’re going to play well and win. It’s not as if you have to win but there’s always an expectation that you’re going to compete and get to, as I said, a Munster final or an All-Ireland quarter-final or semi-final. But then the other side of it is you have to realise you’re in a very competitive Championship with top teams; the likes of Limerick and Tipperary, teams that have been competing and winning All-Ireland finals and semi-finals in the last number of years. It’s a really competitive environment. But I suppose the expectation that they’re going to get through and win is still there…There’s always pressure on management and also the players to be trying to get to a Munster final, then obviously winning them and at least be into a quarter-final, if not a semi-final in the All-Ireland series – and that’s the expectation that has been there for the last 20 years, maybe even more.” 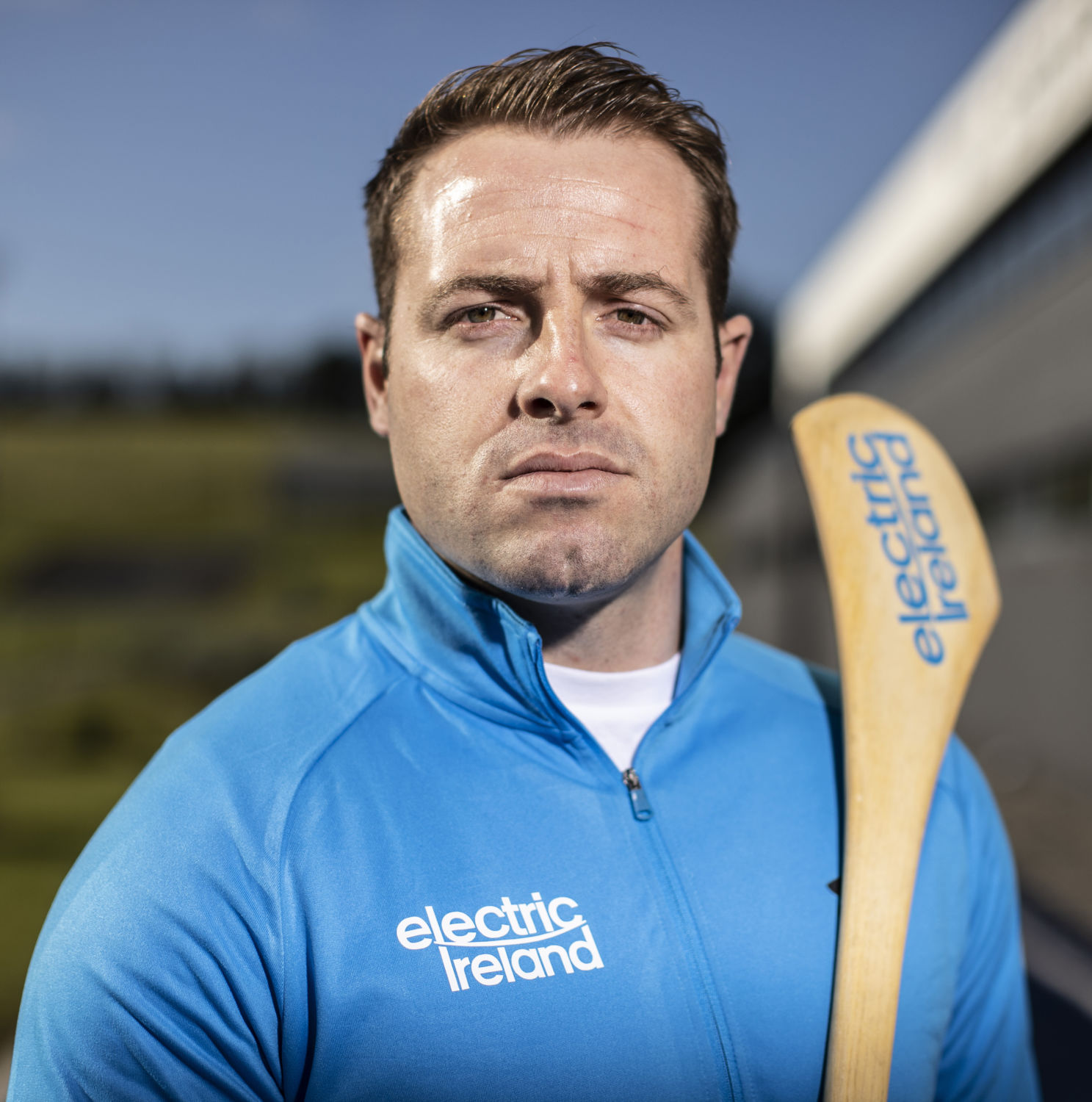 Noel Connors, pictured at the launch of the Electric Ireland GAA Minor Championships at the WIT Arena.

Remarkably, over a decade has now passed since Waterford’s last Munster title, won in unseasonal weather under the Thurles lights against their pending Championship opponents. Few at the time would have foreseen such a barren spell at provincial level, Noel admitted.

“It’s the old psyche of thinking you’re going to get to that stage every year. There’s always an expectation that you’ll be there year on year. To be honest, we certainly lost a hell of a lot more than we won. I’d imagine there’s a hell of a lot of lads within the panel now who haven’t a Munster title so in that regard we’re lucky in many ways to have one but given the circumstances in six or seven of the last… well maybe not seven but five or six in the last 10 or 11 years, there always would have been an expectation that you would have won more.”

Of that replay victory, Noel recalled: “Siobhan, my fiancé’s 21st was on that night ironically enough and I remember playing and getting rushed out into the car to get down to her 21st but yeah, it was under lights and lashing rain. I remember it really well. Dan (Shanahan) came on and got the goal, bottom right corner if I can remember correctly. That seems like a lifetime ago but it’s probably going to have a similar kind of ambience to what it’s going to be like on Halloween night. It really is going to be an interesting couple of weeks for the Championship.”