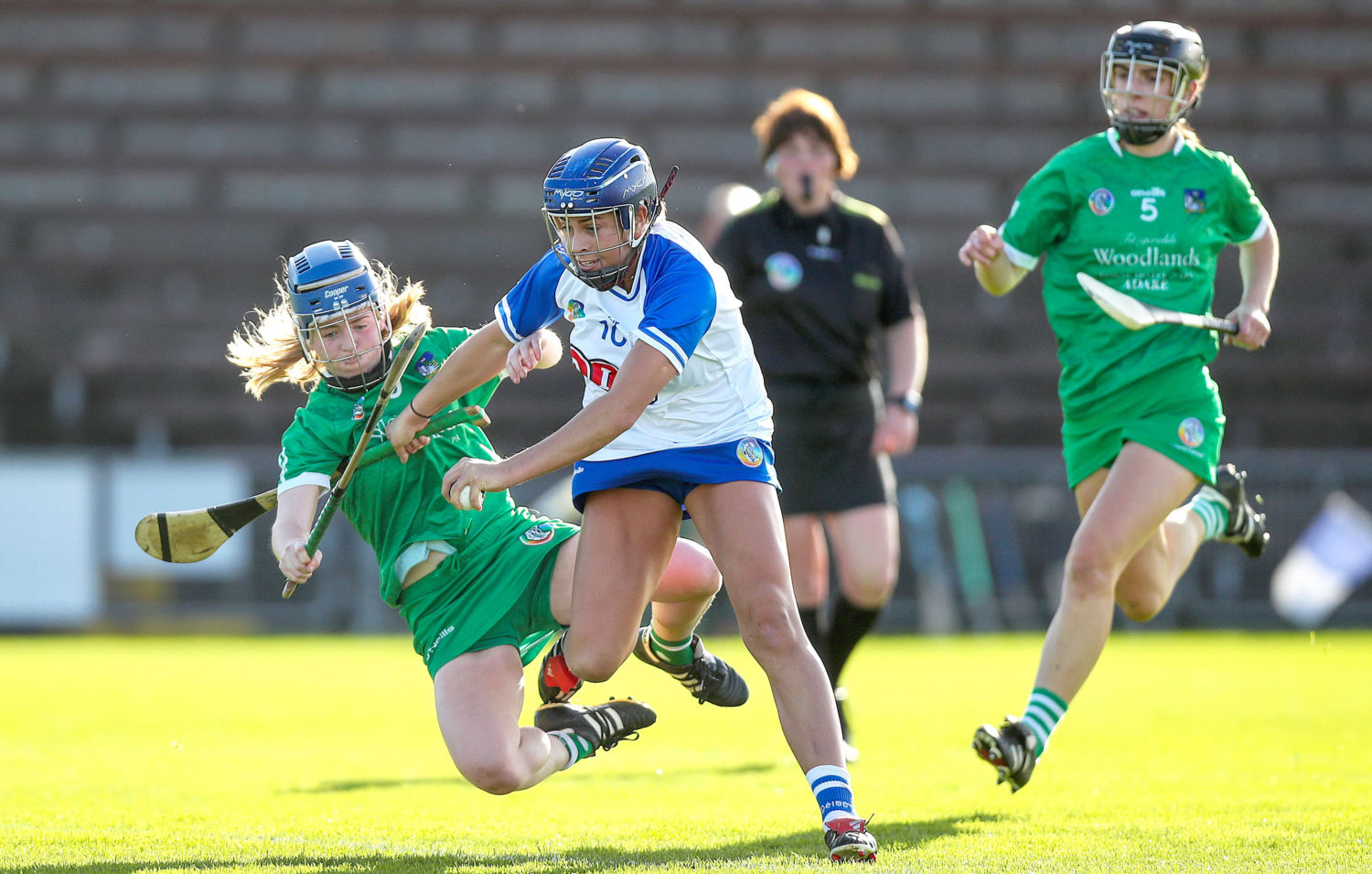 Waterford’s Niamh Rockett on the way to scoring a goal despite the best efforts of Dearbhla Egan during their Liberty Insurance All-Ireland Senior Championship Round 2 clash in Walsh Park. The Déise captain was Player of the Match with 2-2 from play. Photo: INPHO/Tommy Dickson.

After the disappointment of last weekend’s defeat at the hands of Kilkenny, the Waterford seniors bounced back to winning ways in Walsh Park this afternoon as they won on a score of 2-15 to 0-9.

The this win for the Déise girls set up a winner-takes-all clash away to Westmeath in a fortnight with a Quarter-Final berth the prize.

The result also ruled Limerick out and confirmed Kilkenny’s place in the Semi-Final as Group 2 winners.

Limerick were the livelier side in the cagey opening exchanges, taking the lead from a fourth minute free by Caoimhe Costelloe, who provided eight of her side’s points.

The homesters settled and moved two clear with a brace from Beth Carton as well as a Sarah Lacey point but two fantastic scores by Niamh Ryan and Costelloe brought the sides level.

Underage basketball international Abby Flynn restored Waterford’s lead with her first point in Senior Championship, before Niamh Rockett lived up to her name with a resounding finish for a goal in the 21st minute.

Rockett, who was named Player of the Match, was placed by a cross-field pass by Beth Carton, who had gathered possession adroitly from a ruck of bodies. The St Anne’s attacker showed good strength to ship a tackle before unleashing a piledriver to the roof of the Limerick net. That emboldened Fergal O’Brien’s crew and they led by 1-9 to 0-4 at half-time.

Waterford raced clear in the second half leading by 10 points by the time Rockett benefited from another delightful bit of control by Carton, and subsequent pass, to record her second major with another emphatic finish in the 58th minute.