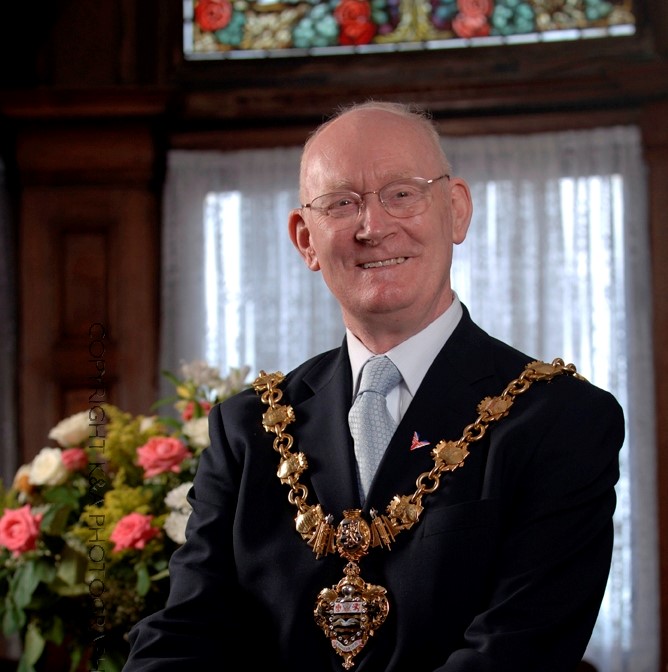 Philip Dunne, the former Mayor of Blackpool who died on October 8, was raised in Waterford and worked for almost 30 years in Waterford Crystal.

PHILIP DUNNE, the London-born and Waterford-raised former Mayor of Blackpool, died at his home on October 8 following a long illness, surrounded by his family. He was 78 years old.

Mr Dunne was born in London in 1942 and was subsequently raised in Waterford, working for almost 30 years in Waterford Crystal.

In 1988, Philip and his wife Philomena moved across the Irish Sea to Blackpool where they opened a guest house. Three years later, he was elected to Blackpool Council as a member of the Labour Party and would sit on the Council for 15 years, serving as Mayor in 2005/06, a role he fully embraced and clearly relished, prior to retiring from the Council in 2007.

At the end of his Mayoral term, his Blackpool Council colleagues acknowledged that “his dedication to the town together with the many years of service on the Council…stood him in good stead for his year as Blackpool’s civic head.

“The Mayor of Blackpool is still one of the busiest Mayoralties in the Country, and this year has been no exception with a large variety of civic engagements. Nevertheless, throughout his Mayoral year, Philip Dunne has presided at meetings of the Council in a fair and diplomatic manner.”

During his term, as noted at the Council’s May 15 2006 meeting, Mayor Dunne delivered the welcome speech at the Conservative Party Conference (held in Blackpool) and presided at several events which marked the 60th anniversary of the end of the Second World War.

In addition, his Charity Appeal Fund raised over £38,000 (Stg) during the course of his Mayoralty. Both Mayor Dunne and the Mayoress also attended Queen Elizabeth II’s Royal Garden Party at Buckingham Palace, one of over 700 events he attended during his term in office.

An amiable man, Philip was well suited to both politics and the hospitality business. As his daughter Claire put it: “He was a very charismatic man and had a great sense of humour. He had the type of personality which meant that if you only met him once, you’d probably never forget him.”

A life-long follower of Manchester City Football Club, he relished in their recent successes and loved watching ‘The City’ in action, followed by a big post-match chat, both in person and over the phone.

A lover “of all kinds of music” according to Claire, Philip Dunne was a true people person and “a great ambassador for Ireland and Blackpool”.

Mr Dunne’s Requiem Mass, adhering to Covid-19 restrictions, was celebrated on Wednesday last at St Kentigern’s Church in Blackpool, with the flag over Blackpool Town Hall flying at half-mast to mark his passing and his contribution to public life.

“As a Councillor and Mayor, he always looked after his constituents and had their best interests at heart,” mourners were told during his Funeral Homily. “He was a man who had a great sense of humour and Philomena told me that his great aim in life was to make everyone laugh every day, an aim that he fulfilled – and he would say that laughter was the best medicine.”

His wife Philomena said: “He was very proud of being Mayor of Blackpool and there were many highlights of our year. He particularly loved the Switch-on and the celebrations for Veterans Week.

“Philip was diagnosed with cancer 12 months ago, and will be missed hugely by all his family and friends. The great highlight of his life were his grandchildren.”

Philip Dunne is survived by his wife Philomena, eight children (a father of nine, he was predeceased by daughter Philly), 22 grandchildren, 10 great-grandchildren and extended family in both England and Ireland. May he Rest In Peace.

OBITUARY: Dominic Hearne was a unique talent who made people happy

Obituary: The life of Pattie Cummins was blessed with kindness

Mary Cowman: The Lady of Waterford