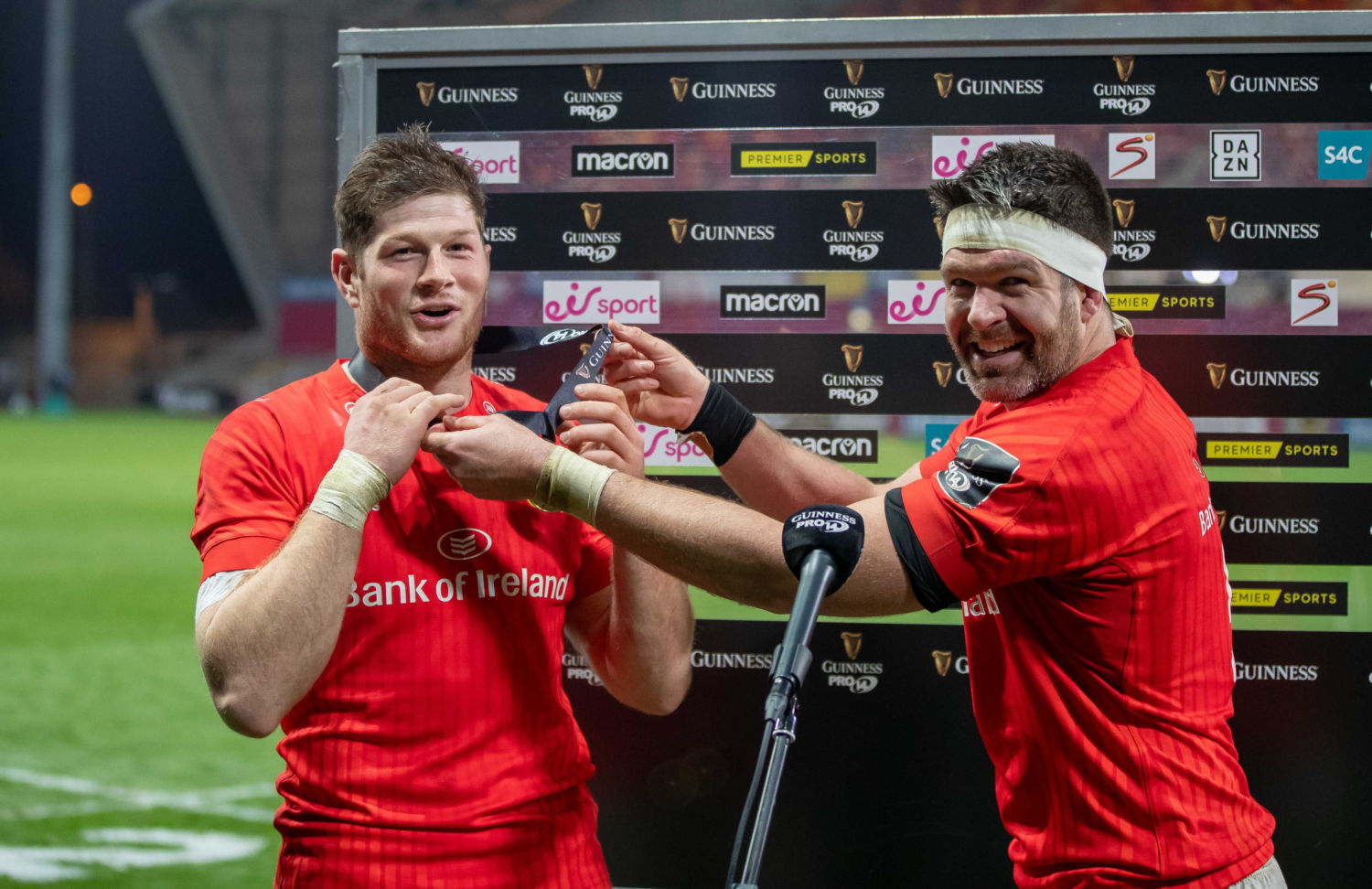 If this is a taste of what’s to come with the new PRO14 Monday night rugby then bring it on. This was outstanding stuff as a young Munster side went top of Guinness PRO14 Conference B as they deposed leaders Cardiff in a pulsating tie.

It was also a great night for Woodstown’s Jack O’Donoghue as he scored a try and was named man of the match after a brilliant display in the number six shirt.

Outscoring the visitors by five tries to three they secured a winning bonus-point, inflicted the first defeat of the season on the Blues and stretched their winning start to the 2020-21 campaign to three victories from three.

It was a thoroughly entertaining affair that saw both sides go toe for toe throughout but Johann van Graan’s side deserved their victory, the lack of supporters there to witness it the only shame.

Cardiff were bidding to win at Thomond Park for the first time in nine visits and got off to the perfect start, fly-half Jarrod Evans exposing a gap between Ben Healy and Rory Scannell to breach the Munster line and release Rey Lee-Lo for the opening score just two minutes in, Evans converting.

If Lee-Lo was the early hero, midfield partner Willis Halaholo quickly emerged as a Cardiff villain.

As Munster’s Dan Goggin chased his kick through the line, Haloholo stuck out a leg and tripped his opposite number, giving referee Andrea Piardi little option but to produce a yellow card.

Munster quickly capitalised, Healy kicking the penalty to the corner and handing over to his forwards to do the rest.

From maul to a series of round the corner shunts until Gavin Coombes launched himself off the base of a ruck and onto the scoreboard.

Cardiff’s lead had lasted just five minutes as Healy converted the home try and the rest of the first half continued with tit-for-tat scoring.

That Munster replied to an Evans penalty with another try from No.8 Coombes, was the difference needed for van Graan’s men to take a 17-13 lead into half-time.

Again Coombes struck from inside a metre, this time on 26 minutes, Healy’s conversion putting Munster back in front at 14-10. The try came at a cost with Goggin leaving the field nursing his right shoulder, though his replacement was a handy one, Damian de Allende entering the fray as cover.

Cardiff duly replied through another Evans penalty but Munster ended the half on top, Healy sending over his third successful kick of the night with a penalty four metres inside the Cardiff 10-metre line.

If either set of coaches were hoping the second half would bring a more controlling element from their players they were mistaken as the ding-dong battle resumed, This time it was a try for try exchange in a cracking we score, you score contest, Kevin O’Byrne finishing a powerful driving maul for Munster on 52 minutes, Aled Summerhill’s speed too much for the home defence two minutes later before another close-range charge over the line from Jack O’Donoghue five minutes after that, only for Halaholo to atone for his earlier indiscipline as he powered through a game but outmatched Craig Casey. Healy and Evans dispatched the conversions with unnerving accuracy but the best was yet to come as Munster finally stole a march on the visitors.

The spark was JJ Hanrahan, on at fly-half for Healy only four minutes earlier.

He started a flowing and quite brilliant move of speed, accuracy and great hands along the backline, passing to de Allende, who offloaded out the back of his hand to Darren Sweetnam, his quick pass releasing Rory Scannell who found Hanrahan on his outside to finish the move, running under the posts to give himself the easiest of conversion.

Munster had daylight at 38-27 with 13 minutes remaining and they saw it out for the most part in Cardiff territory.