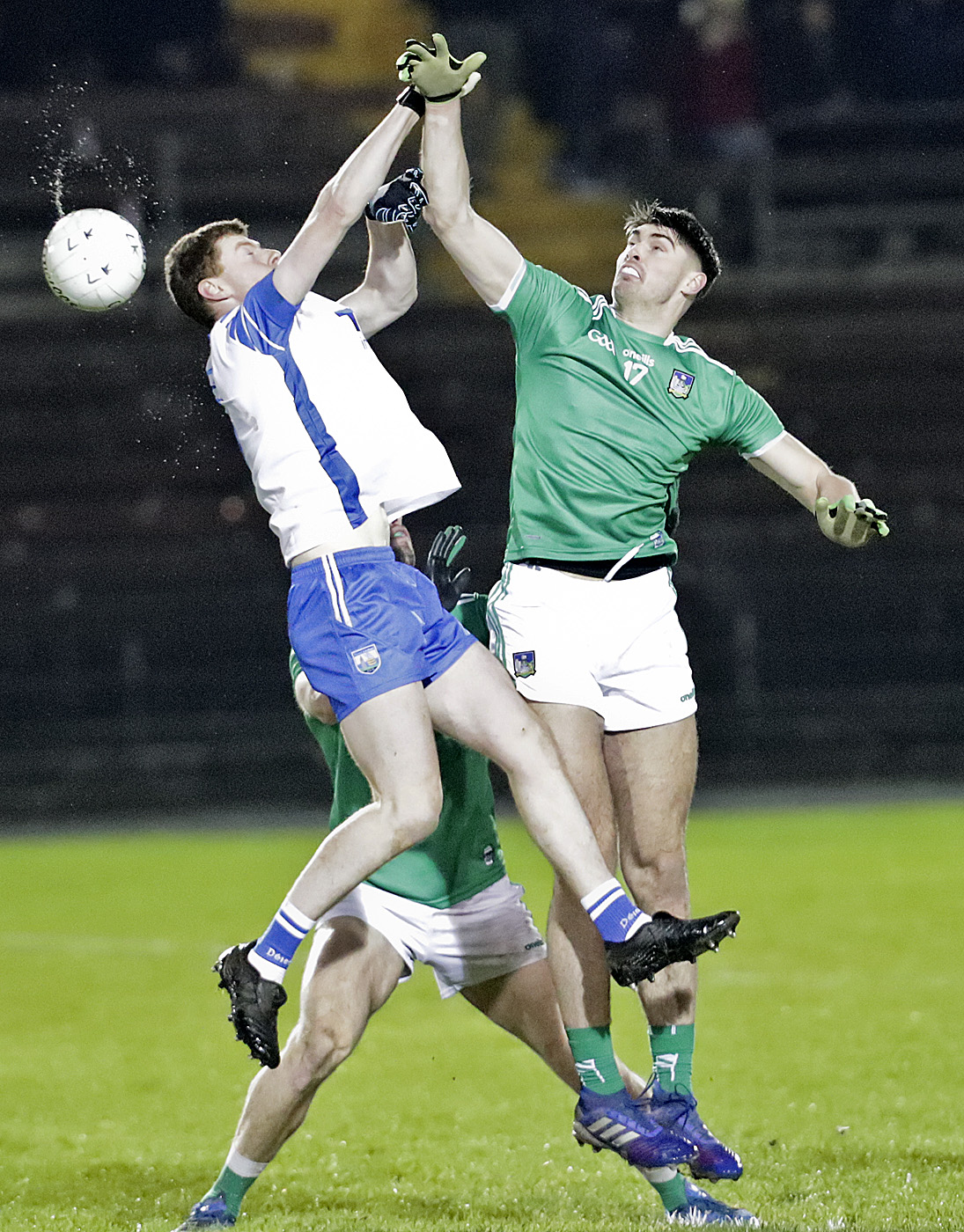 In this strangest of championship years Waterford will face Limerick in a competitive senior football tie for the third time in Fraher Field when the team line out in the Munster Championship on Saturday next.
The game comes just one week after the completion of a League campaign that has seen Limerick secure promotion and Waterford finish just one place off the bottom of Division four above London.
Those league positions give some indication of the task facing Waterford on Saturday. The momentum is all with Limerick going into this game but yet Waterford will not feel they are in the position of no hopers going into this tie. The same teams opened their 2020 season with a McGrath Cup clash in Fraher Field that saw Waterford, having dominated the second half, just a point behind with minutes remaining and Limerick reduced to thirteen players between red cards and the newly introduced sin bin. Somehow, Waterford failed to ram home their advantage and conceded 1-2 in the closing minutes.
It was more of the same when the teams met later that month in the league at the same venue. Waterford again matched Limerick throughout but failure to turn possession into scores saw Limerick set up their promotion run with a narrow 1-10 to 0-10 victory. Waterford will be hoping that it will be a case of third time lucky on Saturday and there is no reason why that cannot be so.
This will be the first championship meeting between the teams since 2012 when Limerick had a comfortable win on a score of 2-12 to 0-7.

MUCH CHANGED TEAMS
The teams are much changed since then but it is interesting to note that should Tony Grey and Shane Ahearne line out for Waterford on Saturday they will be the only players from that Waterford side to face Limerick for a second time in the championship. Neither of those players saw out the final games of the league prior to the first Covid lockdown and it was certainly a boost to see them back in action against Antrim last Saturday.
While Shane Ahearne was replaced at halftime with a niggling injury it is expected that he will be fit enough to play, if selected, on Saturday. His clubmate, Tony Grey, showed that he has lost none of his competitive edge, weighing in with some fine points on his return to action. Dylan Guiry made his return to action following injury with The Nire in the club championships giving the selectors further attacking options.

DUE A WIN
Waterford have not won a Munster championship game since beating Clare in Fraher Field in 2010, a game in which Tony Grey also played. Waterford’s best championship performance since then was in 2017 when losing by a single point to Cork in Fraher Field. In the three years since there has been a huge turnover of players in the panel that sees only Brian Looby, Michael Curry and Fergal O’Cuirrin retained from that side.
It has been confirmed that Stephen Curry’s red card from last Saturday’s game will carry forward to rule him out of the championship tie and that is a blow. The Waterford line up on Saturday can be expected to be along the lines of the side that played in Louth. It can be expected that Dylan Guiry will start in attack bringing some much needed physicality to a somewhat light weight unit.
However, the mobility of such as Conor Murray, Darragh Corcoran and Fergal O’Cuirrin can cause problems for the Limerick defence and create openings with Corcoran’s driving runs capable of producing goals and it is goals that win matches at this level.

ONE DÉISE CAN WIN
Reflecting on the earlier games against Limerick Waterford can go into this game knowing that it is one they can win. Limerick will feel their primary objective has been achieved with promotion secured last week and could be a little complacent in their approach to this game. That could work to Waterford’s advantage but either way this remains a game that Waterford can win with every player stepping up to the plate.

The Waterford team is: