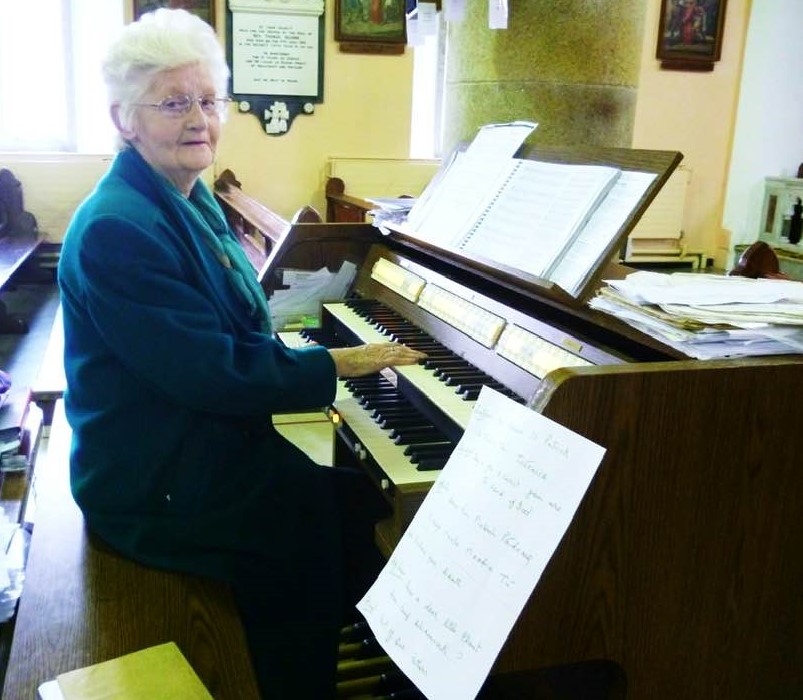 The late Maura Power, who was organist at St Patrick’s Church in Portlaw over seven different decades. Photos: With thanks to Sharon Galvin

THE top left-hand corner of Saint Patrick’s Church in Portlaw will never be the same again in the wake of Maura Power’s passing on Thursday, October 22. She was 80 years of age.

For over 65 years, primarily from the gallery overlooking the nave of St Patrick’s, Maura (nee Corcoran) of 306 Connolly Road, provided the soundtrack to hundreds upon hundreds of church ceremonies.

Over the course of her life, no priest, nun or sacristan that ever served the Tannery Town and its environs came close to equalling Maura’s service as organist to the parish she loved and faithfully served.

In addition to this, living with Tom and her five children adjacent to the playground, park and primary school made Maura one of Portlaw’s best-known faces across several generations.

To varying degrees, anyone who grew up in Portlaw over the past 60 to 70 years knew Maura and that’s why her passing felt like the closing of a very significant chapter in the history and ‘meitheal’ of the village.

“Across our country, in every parish and community, there are people who represent the best of their communities,” said Parish Priest Richard O’Halloran during his Homily at Maura’s Requiem Mass in Sunday, October 25. “They stand as reminders of both what we aspire to be and the best of what we are, without knowing it. For us in Portlaw, Maura was one of those people.”

Fr O’Halloran continued: “Maura was a rock in both her family and in our community and she was loyal and committed to both. Maura did nothing in half measures – it was 100 per cent or nothing – and to say that she will be missed is a huge understatement…

“In 1953, Maura first played music in this Church for the wedding of her great friends Peggy and Mick Cuddihy and she has never left this Church down since. There were scheduled weekends when she was not here – due to commitments in Knock and Lourdes – but those apart, she was always here.

“As the organist, she kept her choir in order and made Christmas and Easter special. She prepared and worked with our local children for their Confirmations and Communions; she was part of ordinations and centenary celebrations and many funerals – she was present for them all and took great joy in preparing, practicing and performing during them.”

In a poignant and thoughtful eulogy, Maura’s son Laurence said her passions in life were family, friends, music, and religion.

“Maura was one of the driving forces behind the choir here in Portlaw. You knew Christmas was around the corner when you got the text for choir practice for the upcoming festive period – everybody knew that ‘Attendance was mandatory’! Through church music, Maura struck up a great relationship with her grandniece Dervla as they spent hours practising for and playing at weddings. Maura was never slow in telling Dervla she was singing the wrong note during practice. Both Dervla and Maura loved every minute of practise and performing and became known in family circles as the wonderful musical duo – ‘Maurvla’.”

Maura was also actively involved in Portlaw’s Credit Union for over 40 years and attended the first meeting to establish the local branch back in 1967. She remained involved as a supervisor when the Credit Union transferred to Lisduggan in 2016.

Laurence told the restricted congregation at St Patrick’s Church that Maura also enjoyed her visits to the Dr Martin Day Centre every Wednesday.

“She enjoyed all the music, whether it was ‘Tuller’ (Mikey O’Sullivan) Tommy Comerford or her good friend (and fellow choir member) Gerry Walsh. Most of all, Maura loved the good gossip and a catch up with her good friend Peggy Murphy. Maura had a strong religious faith throughout her life, and this stayed with her to the end, with her rosary beads being the first item to be brought with her when she was admitted to hospital.” 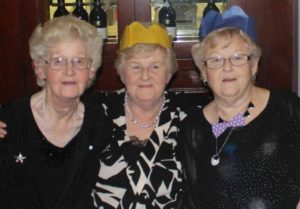 Daughter of Johnny and Lena (Queen Street), Maura, said Laurence, “was the Mammy/minder of her siblings and was given the difficult job of keeping brothers Billy and John in line. Maura also started the ‘Mountain Combo’ band with Billy, Dympna and John that played in so many dance halls around Waterford. In 1979, Maura and Tom (who married in 1971) moved home from William Street to Connolly Road which turned out to be the biggest transfer in ‘Tops of the Town’ history with Connolly/Carrick Road going onto win it that year and Maura winning the award of best actress.”

The Power children were raised “in a house that was always filled with love, laughs, music and general chaos,” said Laurence, who also reference the essential sporting service that 306 Connolly Road provided.

“Every child in Portlaw knew as the door to knock if they needed a football to start a game of ball in the park. Every knock got the same response – ‘work away and be sure to bring it back’ If any child fell and cut their knee, they always knew to call to 306 and Maura would patch them up.”

And on a hot summer’s day, more than a few of us playing in the park benefited from a 306-sourced water break!

“I guess we just felt that we would always have her around,” said Fr O’Halloran of Maura, who in 2001 was awarded the Benemerenti Medal by the Pope in recognition of her service to the church.  “We will always have her, just in a different way. She graced our lives.”

Maura, who was predeceased by her son Aidan, also leaves behind her many dear friends from the Portlaw Choir in addition to a grateful parish. May she Rest In Peace.