Phoenix: The Level 5 state of play 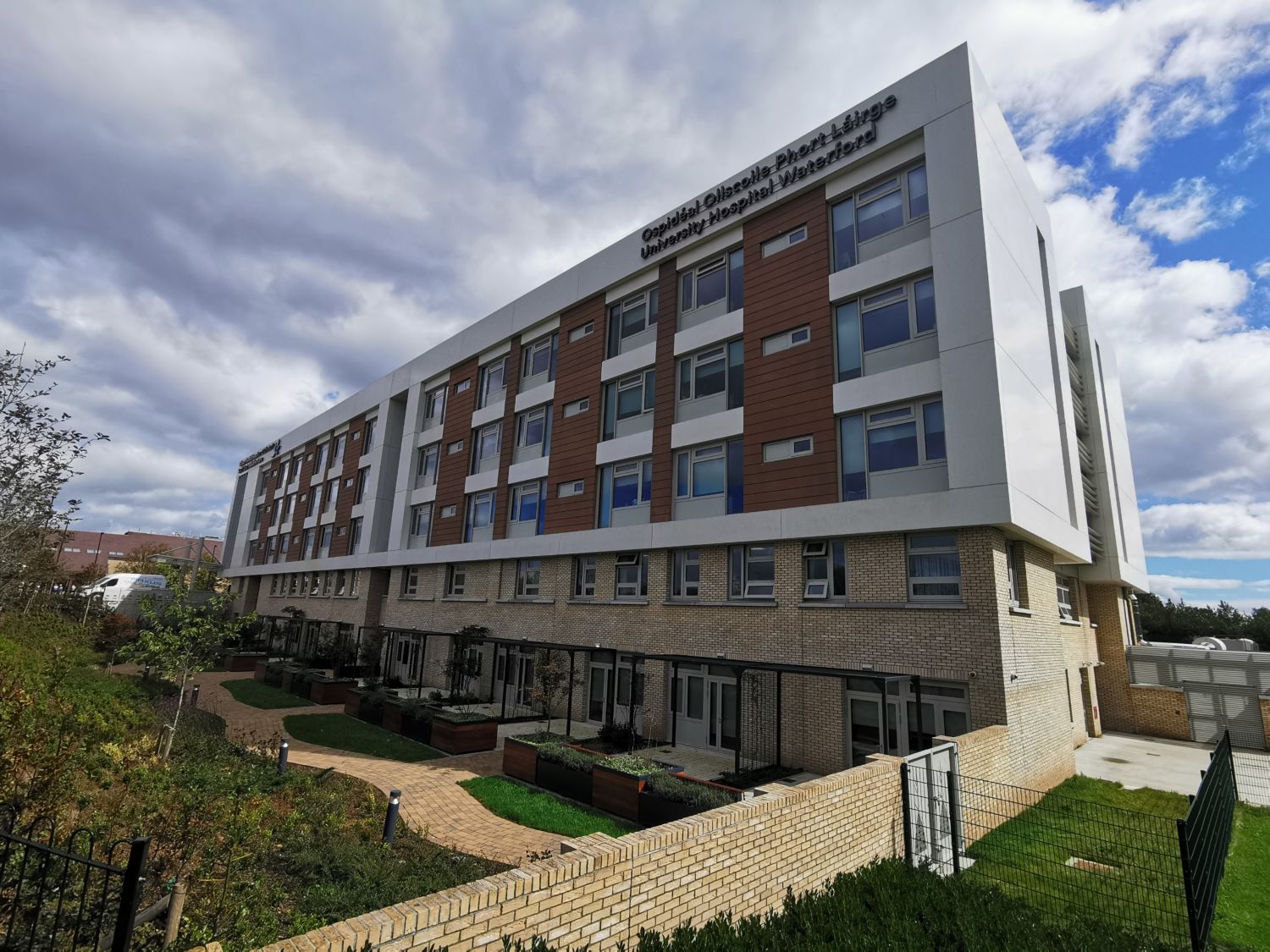 The Dunmore Wing at UHW, home of the South East Palliative Care Centre.

THE Level 5 lockdown has provided ample opportunity for walking although the five-kilometre limit is completely arbitrary and without any scientific basis other than to keep people at home.

Most people agree with wearing a mask, appropriate social distancing, hand washing and so on, but the limit which prevents people in Waterford city from going for a healthy walk in Tramore or Woodstown is risible.

Under the Level 3 lockdown, people were told to stay within their own counties. People from Kilmacow and Slieverue were deterred, advised, prevented call it what you will, from coming to Waterford city. They had to stay in County Kilkenny.

Under the Level 5 restrictions the same people must come to Waterford city for things they may need. The restrictions are simply not logical and all we hear from Tony Holohan and Philip Nolan is “stay in, stay home”! It’s like the Tramore Metalman rhyme – ‘Keep back, keep back, keep back from me, for I am the rock of misery!’

The country was at Level 3 and evidence suggests that level was working. Instead of following our plan we just jumped to full Level 5. Maybe, as one local said, “the maths don’t lie”!

Maybe not, but the savage impact of the Level 5 lockdown on small businesses like pubs, restaurants and small retail units is not factored into the maths of the Government equations.

The retail restrictions seem designed to drive shoppers into the hands of Amazon and other online dealers.

NPHET logic (which I don’t subscribe to) apparently goes like this: We have a terrible health service. No matter what amount of money you provide, that won’t change. Because it’s terrible, it won’t be able to cope, so the only thing to do when faced with a Covid challenge is to lock down and ensure that terrible health service won’t be put under pressure.

It’s hard to accept that logic when the corollary is that much ‘normal’ acute and elective medicine are postponed with unknown consequences.

One small example in the story about the contact and tracing story is interesting. Staff were hired earlier this year for that purpose. When things got better, they were released and controls lifted too soon.

When things got worse the HSE has problems in hiring people. Those hired “must bring their own laptops to work to provide IT support for the contact and tracing”!

With all the admin people in the HSE and Department of Health, was there no-one available to drive to Microsoft or HP and buy a thousand laptops off the shelf? Keep them on standby. Keep them in storage. So what if they end up not being used? That should not be any problem in the current epidemic circumstances.

This is the kind of small bureaucratic obstacle/mess beloved of the HSE and why there is such negative comment about the current lockdown and its disconnect from the ordinary economic circumstances of business and daily life.

We are all worried about the severity of a second Covid wave, but people with no skin in the economic game have no understanding of just what those two words mean. Who will pick up the pieces?

On a more general note, walking is now the generally available form of exercise. Everywhere you go there are people walking and it’s great to see. New routes are being sought out by the day to vary the exercise.

The Outer Ring Road has come into its own, with wide pavements and easy connections to all radial routes into the city. The connection with the Greenway at Carriganore is excellent although it can be hard to cross the Old Cork Road at Boland’s Audi Garage.

The walk along the old Tramore railway canal from the SuperValu Kilbarry Roundabout to Blackrock is really super. This is generally maintained and kept litter free by an enthusiastic group of volunteers with some council assistance. It is really lovely with a very wide spread of different flora and fauna. If only something like this could be extended all the way to Tramore it would be a magical amenity.

It’s also great to hear that the funding is finally available to finish the Greenway into Waterford City Centre. The current terminus at Bilberry railway bridge is quite prosaic although increasingly popular. The walk from there, in through Bilberry to Rice Bridge can feel quite lonely and isolated. Hopefully the proposed works will solve these issues and so enable Waterford city to benefit from a Greenway made possible with city finances.

When standing at the Bilberry terminus, one can look directly across the River Suir at the old Goulding’s Fertilisers plant in Newrath  (pictured). The building is in a shocking state and as an opinion former for anyone approaching Waterford city on the Greenway from points west, it could not be worse. Many representations have been made to Kilkenny County Council to have this eyesore removed without success. Suffice it to say that were it in their county town, it would be gone by next week.

The long walk takes one up through Gracedieu to Carrickphierish. There is a lot of development underway and proposed in the area. It should be a beautiful place to live.

It’s sad to see illegal caravan parking and what appears to be unplanned development around the three houses which were built to house members of the travelling community.

That community needs proper housing as much as anyone, but will often push the boundaries of what is acceptable behaviour in pursuit of their own ends and our council appear unable or unwilling to intervene. The current three houses there are to be added to with seven extra in what has been perceived by some as our Council rewarding illegal encampment.

Extra housing may alleviate some current difficulties in the area, where residents who have bought their own houses feel very much abandoned by officialdom. The area is in the Waterford City West/ Tramore metro area.

Councillors in that area have been ready to go public on lack of planning for a small gateway broken into a wall in Gallwey’s Hill in Tramore, but are very quiet about current difficulties in Carrickphierish. That is in no one’s interest.

The proximity of the area to prestigious developments such as Sanofi and West Pharma whose future is vital to the prosperity of the city suggests that Council management in housing and planning should be very much more proactive. But that does not seem to be the case.

A walk from the Ursuline Convent to Ardkeen Stores can now take you through the grounds of St Otteran’s Hospital. A new road has been built from near Scoil Lorcáin to John’s Hill. A large and beautiful new school has been built for St Martin’s Special school and it all looks really well maintained. The new road also passes a new, beautifully designed and built, HSE Primary Healthcare Centre.

It’s amazing how that organisation gets some things so right. There is a lot of land in that area owned by the HSE which was formerly the psychiatric hospital’s farm. It could now be considered for housing.

It is a shame to see so much of the old St Otteran’s Hospital with bricked up windows as it is no longer in use. These interesting buildings face many challenges all around the country. They would make very nice apartments if converted by Respond as was done with the nearby St John’s College.

The last leg of the walk takes one through Grange Manor and Ardkeen Village to Ardkeen Stores. The housing in the area is nearly all two-storey, three-bed semi-detached and is very well maintained with many trees, open spaces, shrubs etc with pedestrian access to shops and supermarkets in the area. Some of the more recent housing developments in the city are sadly not up to the same standards in terms of open spaces and tree planting. The fashion for zero front garden to facilitate parked vehicles seems to run contrary to promoting a greener environment.