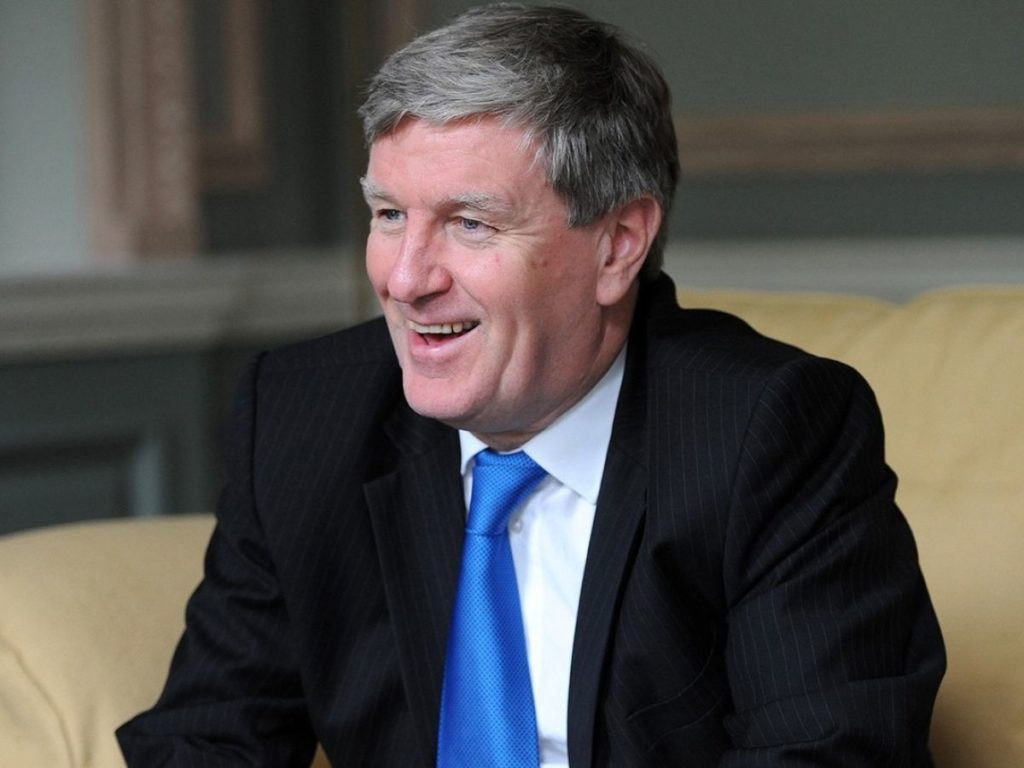 INTERVIEWER Eimear Cheasty produced a splendid job of work when Zooming with Waterford’s approachable Ambassador to Washington, Dan Mulhall during the recent Imagine Festival. It’s a ‘Desert Island Disks’ version of an interview with poems replacing songs as Dan’s choice.

Dan began tweeting excerpts from Yeats’s poems when he was Ambassador in Berlin and found, to his astonishment, that these tweets had an enormous following.

He broadens his choice to include Irish poems that ranged from the early medieval Ireland with ‘Pangur Bán’ – a poem by an Irish monk who is a happy-chappy that, because of that night’s terrible storm, the Vikings would not be able to attack – to latter-day poets like Boland, Heaney and others.

Dan is Honorary President of the Irish Yeats Society and it’s no surprise when his first choice is ‘Easter, 1916’. Not only did Dan read with an intelligence that fused meaning and storyline, but he also expanded at length on the political implications of Yeats’s poem describing it as the “greatest public poem of the twentieth century”.

Eimear questions the ‘what if’ scenario of what the patriots would have made of today’s Ireland? Mulhall is quick to point out the impossibility of predicting a history that never happened and acknowledges Yeats as a man who had his finger on the pulse of what was happening, the “terrible beauty that was born” – more so than many politicians of the day.  #

All his choices come with an anecdotal story attached. Emigrant poems such as Boland’s ‘The Emigrant Irish’ brings talk of Eavan’s father Freddy who was an Irish Ambassador to Britain during the 1950s.

Dan invited Eavan to stay in the embassy and re-connect with times past when she once lived there. It’s a special poem that talks of exile and pain and concludes with the often-empty plight of emigrants with ‘all the old songs and nothing to lose’.

Ambassador Mulhall embraced the experiences of all Irish emigrants during his wide-ranging conversation. I was glad to see him acknowledge – as many fail to do – that the experience of living in another country is also a liberating one and that many people, particularly in the States, have benefited hugely from it.

Although he spoke warmly of his own times in India, Berlin, Scotland, Malaysia, London, and Washington, he is clearly a proud Déise lad at heart. He remembered the influence of former teacher Seán Crowe in his old school, Mount Sion, and thanked him for inspiring his own interest in poetry.

Seamus Heaney’s ‘Postscript’ is just the perfect ‘exit stage left’ with an acknowledgment that we ‘are neither here nor there’ and with the hope that something may happen that will ‘catch the heart off guard and blow it open’.

Eimear wondered why so many politicians quote Heaney? “Because,” says Dan with theatrical conviction “he’s a great poet and a great character and he tells the story of modern Ireland”.

On The Spot: Kalyn Sheehan

Out and About in Carbally