On This Day in 1975: Ferrybank record pressing plant closed 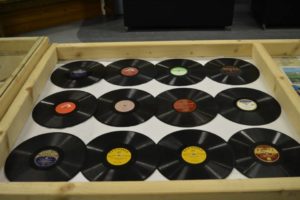 On this day in 1975, Ireland’s first record pressing plant at Ferrybank, Co Waterford was set to close after more than 40 years in operation.

Records such as Glen Campbell’s number one single ‘Rhinestone Cowboy’ were manufactured and tested for the Irish market at the Waterford Gramophone Company which was established in the 1930s.

An RTÉ archive report said the parent company EMI (Ireland) Limited made plans to consolidate operations and proposed the closure of the Waterford Gramophone record pressing plant with the business transferring to a new factory in Dublin. The report quoted a spokesman for the Waterford workers, Peter Molony, who said the proposed closure was “an absolute disgrace”.

The factory was no longer fit for purpose and required refurbishing but employees at the time were lead to believe operations would expand in a Waterford estate. However, the EMI managing director Guy Robinson said the production equipment would be transferred to a new factory in Glasnevin, Dublin.

Thirteen Waterford workers lost their job as a consequence of the closure. Some were offered jobs at the Dublin factory but refused to leave Waterford.

The RTÉ ‘Newsround’ report from 9 November 1975 quoted Alderman Patrick Gallagher as seeing the decision to close the Waterford operation as a “clear case of profits being put before all other considerations”.

Funding for a university in the South East a “critical issue,” Green Party TD says