FR LIAM POWER: Who are we to judge? 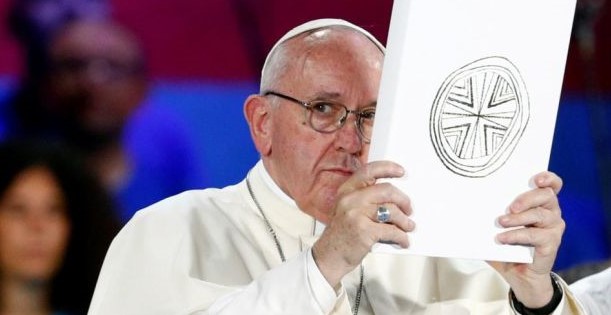 POPE Francis’ recent remarks on support for civil unions for gay couples created “a global media firestorm”, according to one commentator. The support was warmly welcomed by a diverse range of voices, including Antonio Guterres, the United Nations Secretary General, gay Catholics such as broadcaster Ursula Halligan, and parents of gay children like Mary McAleese. Ursula Halligan pointed out that until Pope Francis spoke, gay members weren’t just left outside the faith community, but “enjoined to silence about the reality of (their) lives”. Likewise, many Catholic parents who love their gay children unconditionally felt reassured. These are parents who have been very conflicted by the Church’s teaching that a gay orientation is intrinsically disordered.

On the other hand, Francis’ advocacy for the rights of gay couples and their right to a family was harshly criticised by some leading members of the hierarchy. Bishop Strickland in Texas, for example, opined that papal support for civil unions was “confusing and very dangerous”. He is representative of Catholics, including bishops and priests, who oppose any move that might be interpreted as a softening of the Church’s teaching on the objectively disordered nature of gay love.

‘Scientific research seems to me to suggest that being gay or lesbian is simply something that is a non-pathological minority variant in the human condition. Pope Francis is challenging us as Church to come to terms with this’

Francis did not change any doctrine; he unwaveringly supports Church teaching that sacramental marriage is between a man and a woman. But when viewed in light of a decree issued by the Congregation for the Doctrine of the Faith in 2003, we begin to appreciate how radically challenging Francis’ stance is. The decree declared that “…respect for homosexual persons cannot lead in any way…to legal recognition of homosexual unions.” The shift in attitude has huge pastoral significance. Perhaps we can only appreciate its full import when we reflect on Francis’ words in the context of his many symbolic actions in reference to the gay community throughout his pontificate. I cite just three.

Pope Francis met with Fr James Martin SJ on Sept. 30th, 2019. It was seen as a highly significant public statement of support and encouragement for the US Jesuit. He is well known for his ministry to the LGBT community. He was awarded a prize for a book he wrote on building bridges between the Church and the gay community. It has been reported that Pope Francis read the book before meeting with Fr James.

Incidentally, Fr Martin was invited to speak at the world Meeting of Families in Dublin in 2018. During his talk, he said that “gays have been treated like lepers by the Church. They have been mocked, insulted, excluded or singled out for critique either privately or from the pulpit.” He urged Catholics to see LGBT people in their totality and not to focus on their sexual identity. He pleaded that LGBT community members, like everyone else in the parish who does not live up to the Gospel, should be invited into ministries such as that of lector or music ministry or minsters of the Eucharist.

The Pope’s response to a letter he received from a gay catholic lawyer from Argentina, Andrea Rubera, was also highly symbolic. The lawyer wrote to the pope telling him that he and his partner had adopted three children and hoped to bring them up Catholic. Francis telephoned the lawyer, telling him his letter was beautiful, and urged the parents to introduce the children to the parish.

Just two weeks ago Francis announced that he was appointing Archbishop Wilton Gregory of Washington to the College of Cardinals. Dr. Gregory has staunchly opposed racism and supported pastoral outreach to the gay community. He has stated publicly that “the distinction that our Church makes between orientation and behaviour” is one, “which admittedly needs re-examination and development.” His appointment as Cardinal implies papal approval of his position.

In reviewing the pope’s support for gay civil unions in light of his overall pastoral outreach to the gay community, I think it is reasonable to assume that Francis is pushing out the boundaries and preparing the ground for reform. It might not be overstating the case to argue that he is hinting at the need for consistency between official doctrine and the research findings of Scripture scholars, moral theologians and scientists. Scripture scholars have alerted us to the paucity of references to homosexuality in the Bible (only seven in total, four in the Old Testament and three in the New Testament). With the application of modern methods of exegesis, scholars believe that individual biblical passages do not directly condemn homosexuality between two loving, free adults in a committed relationship. For example, some Scripture scholars believe that, in Romans 1:26-27, St Paul is condemning sex practices associated with a pagan cult (the Cult of Isis), not homosexuality as such. Similarly, in 1 Corinthians 6:9-10, Paul is condemning abusive sexual activity such as pederasty rather than loving relationships.

Moral theologians of the calibre of the late Richard McCormick SJ and Lisa Sowle Cahill have argued persuasively that a person who is “irreversibly” homosexual and not called to celibacy, must make a decision about how to live before God. McCormick insisted that this individual decision must be respected by all. Sowle Cahill, while accepting that “heterosexual marriage is the normative context for couples,” argues along similar lines.

Scientific research seems to me to suggest that being gay or lesbian is simply something that is a non-pathological minority variant in the human condition.

Pope Francis is challenging us as Church to come to terms with this. To paraphrase his words, “who are we to judge.”