Time Out With Timmy: Were you there? 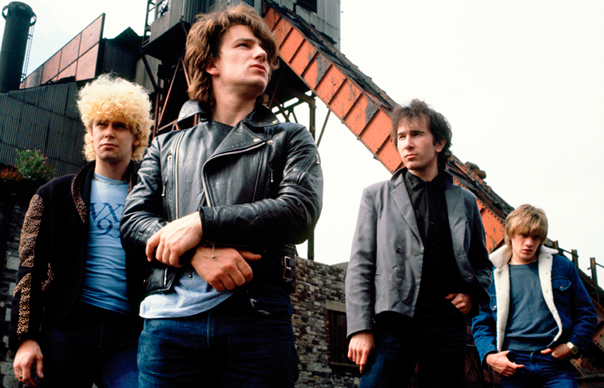 I HATE to say it, but I have a suspicion that there are a lot of liars in Waterford. I can hardly bring myself to admit it, but history might just prove me right. We are a funny lot us humans. For whatever reason, we seem to love to try to be more than we are, big ourselves up and attempt to look more worldly wise than we are. If it’s a trendy book like the Da Vinci Code for example, we feel left out of the conversation if we haven’t a clue what the others are going on about, so we pretend we’ve read it. The latest blockbuster movie, telly show, you name it, we claim to have watched it so as not to appear dim or uninteresting. When ’50 Shades of Grey’ was doing the rounds, there was scarcely a woman on the planet who hadn’t seemingly picked it up. At dinner parties or gatherings, when we could actually have them, there’s invariably someone who feels outside the pale and it’s probably a lot easier to just go with the flow and act like you know what the score is.

As more hard evidence of my claims I lay before you the now almost mythical early days of the mighty U2. In the mid 70’s, it’s doubtful many, if any could have foreseen how these Dublin youngsters would shake up the rock world. There are those who inform me, and I have no reason to doubt them, that the band wasn’t very competent. That would come in time for sure, but starting out, they were no great shakes. That said, they were gigging and working on their craft and honing their act in all kinds of venues across the country.

I first became aware of them when the debut album “Boy” came out. Although released in October 1980, it was likely Spring ‘81 when I bought the record, which I loved and still do. Sadly, I was not yet of age to head to gigs in general and U2 were not on my radar when they hit the Déise. Waterford featured, to the best of my knowledge, in three appearances by the legends in 1980. They played twice at the famed Showboat in the Glen and a date at Waterford RTC (now WIT). The college gig was on a Thursday night, February 28th, 1980.

A copy of the very contract agreed by the band and the promoter is available online and it makes gas reading from the perspective of music fans in 2020. Promoter, and indeed former WLR presenter, Eoin Ronayne signed off on a hefty rider for Bono and the lads of beer, minerals and sandwiches, two “humpers” to be present before and after the gig, an electrician in situ for an hour from 5 o’clock and a stipulation that no more than two quid per ticket be charged to punters. The overall fee for U2 was 300 punts, “against 60% of the gross receipts plus VAT at 10%”. Apparently about 400 attended and probably had no idea they were watching a band who would go on to be the No. 1 rock group globally a few short years down the line.

By now these gigs have gone into folklore and many people claim to have been there that night or at the other Showboat concerts. In fact, I would suggest, that half of Waterford was at one or other of the boys’ performances, judging by people I’ve met over the years or texts into WLR when the matter of U2 in the Déise is being discussed. While on air one Sunday morning recently I was talking about the Limerick acting legend Richard Harris as it was his anniversary. I laughed when someone texted me to say that thousands claim to have been at the bar in Waterpark Rugby Club the night the great man was supposedly on the premises. I am still tracking down the authenticity of that appearance, but as they say, why let the truth get in the way of a good story.

As for U2 in Urbs Intacta, the evidence points to half as many punters turning up at the Showboat gigs or at least one of them as the college one. You are therefore talking 200 as opposed to close on 200,000, a figure nearer to the statements from the lads who “were definitely there, boi”.

The maths just don’t add up. Were they hanging from the ceiling in The Showboat or lined five deep where the beer kegs were stacked? The Showboat was a fine venue, but it had its limits. Granted, health and safety were not as stringent in 1980, but I’m sure even The Showboat wouldn’t have been able to accommodate such a throng.

So, why the urge then to fabricate being there? What is it deep in our psyche that leads us to invent tall tales and perpetuate them? I suggest it’s a bit of Waterford craic that has now become second nature to us. It is provoking a reaction and somehow guaranteed to illicit a more than interested response. “Wow Seamie, you were there that night? How come I never saw you sham? Sure, I was there too!”

Similarly, and coincidentally, that same year, the Blues won the FAI Cup. Everyone claims to have been at Dalymount Park that fateful day as well. To be fair this is harder to doubt as thousands of fans did in fact attend.

On the music front, I’d love to commission a bona fide survey and dig a little deeper into who really was there back in 1980 at U2’s halcyon Waterford visits. Does anyone actually have any proof or evidence that they were at one or other of the gigs? Cameras were not always brought to pubs; I’m guessing there may not have been physical tickets either. Perhaps a lie detector might be called in? I wonder if even that would supply the truth. It wouldn’t surprise me after all these years to uncover that it wasn’t U2 at all who showed up but a similarly sounding band.

If you saw U2 back in the good old days, please email me. I’m at [email protected]. If I get a couple of thousand replies, I’ll know the urban myth is alive and kicking. A bit like the Loch Ness Monster, the fate of Shergar and the disappearance of socks in the washing machine, we may never really get the answers.