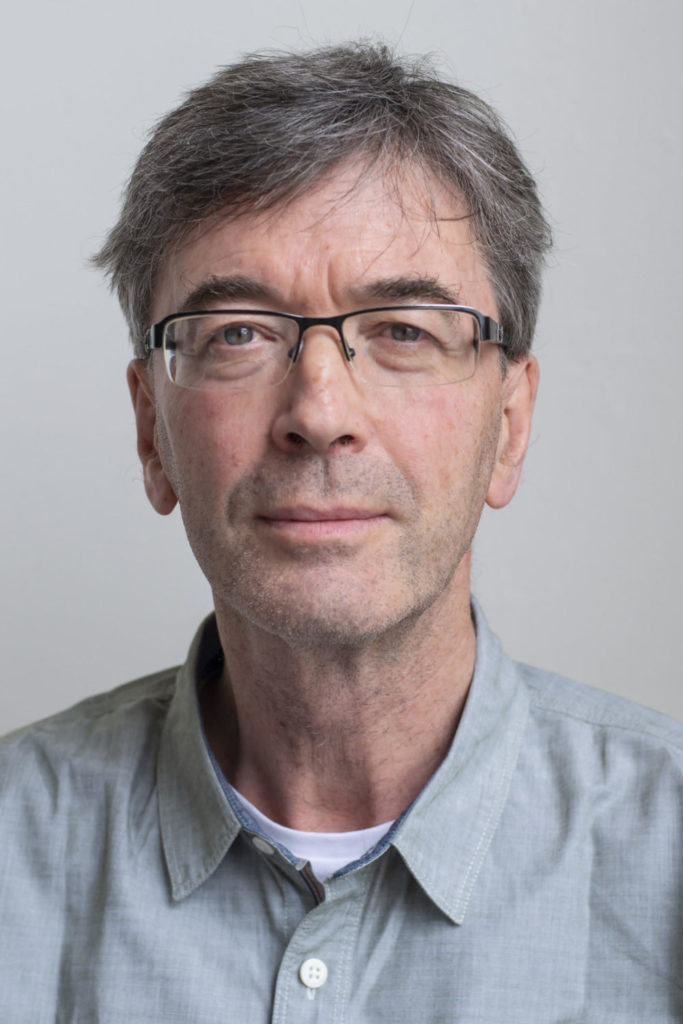 Frank led a nomadic childhood as the son of a Garda in a time when Gardaí were despatched here, there and everywhere.

As a result, Frank attended six different schools and the search for an anchor seems clear in the early part of this work.

Frank, who has won several prizes and bursaries, was always writing but only began writing seriously in the last ten years or so. Richard explored the issues that fed into this work and Frank reasoned that his work, like all poets, was inspired by all of the episodes of his life. As Yeats put it, it’s impossible “to separate the dancer from the dance”.

Frank’s father features especially in ‘Kith and Kin’ – the first part of the book. He describes ‘Leaving’ as a journey poem; a father saying goodbye to a son who is setting out to make his own way in the world, “travelling to another galaxy”.

‘Breakfast with my father’ is an incidental poem that captures a moment in time as father and son sit down to breakfast together ‘there’s porridge left’.

I loved the story in Farrelly’s ‘Stopping for lunch in Kells’. He Googles ‘best cafes in Kells’ – his father’s home town – as he stops for coffee.

Frank is on a journey of connection; he’s exploring place and heritage as he leafs through The Meath Chronicle in search of his family name. Sadly, time wipes away all memory and there is “no mention of a Farrelly”.

Tables turn in ‘Long Distance’ as the poet receives a long-distance phone call from his daughter in New York. He bursts to tell her his own backstory but never gets there; choosing, instead the father’s path of simply being a listener fast becoming a shadow on the river bank of life…“I burn to tell my tale before it disappears”. A moving and a cautionary lesson for all of us.

“These poems have been worked on” says Dr Hayes, reminding me of Heaney’s comment in ‘The Forge’ of hammering out iron on the hissing anvil of inspiration. “I’m not afraid of form,” offers Frank. “I find it liberates the craft of poetry. I’m still a fan of the iambic pentameter. Form pulls poems tightly together. It eliminates sagging and ambiguity. There should be no ambiguity in poetry unless deliberately so.”

A rather terrifying ‘Dean of Studies’ features in a bitter-sweet poem about a world that we no longer like to remember.

Accidental poems such as ‘Abaya’ that began its life on the Dunmore Rd or ‘Everest’ that compares Frank’s workaday beginnings to a snail’s ascent, he witnesses, up a patio window show the diversity of the collection. On a contemporary note, ‘Against the Clock’ is stark in describing the contradictions of the current Coronavirus that “drives us together but pulls us apart”.

“This is a terrific book,” declares Dr Hayes. It’s printed by Dominick Taylor’s Revival Press and is available online.