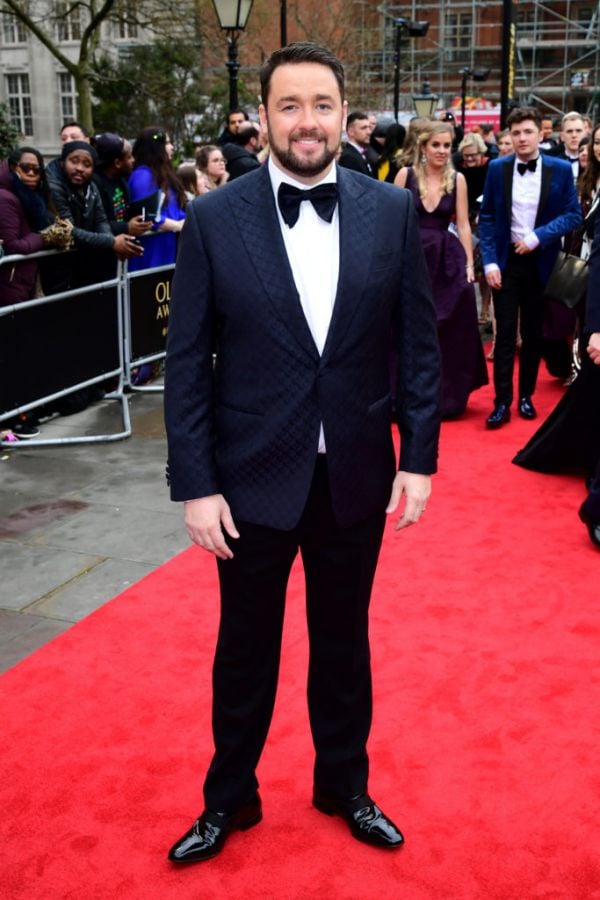 Jason Manford says comedians should be able to offend – and it is a “slippery slope” to “cancel” the past.

The stand-up, 39, said his brand of humour steers clear of causing upset.

But Manford, who is helping Sky Cinema find the biggest fan of the film Elf, said that fellow comics should have the right to annoy people.

He told the PA news agency: “I don’t want to offend anybody. I would be genuinely mortified if anyone left one of my shows upset by something that I’d said.

“I’d feel like that would be a breach of contract.

Tickets to our wonderful 2020 pantomime Sleeping Beauty are on sale now! https://t.co/xxEyLCqSLO

Join @jasonmanford for an amazing socially-distanced panto from December 12 to January 3. We can’t wait to welcome everyone back to the Opera House! ❤️ #BackOnStage #TheShowsWillGoOn pic.twitter.com/Em9tUbk21b

“My audience come for a certain sort of show and I like to put on that show.”

But he said that “if you’re going to see Jimmy Carr and you leave offended, then you’re the only idiot in that scenario. What do you think is going to happen?”

And he added: “I have a real umbrage about people who will laugh at everything until something offensive is said about them. You can’t have it both ways.

“If somebody is doing something offensive and saying a horrendous joke at seven o’clock in the evening on the TV …  then, that’s when Ofcom comes in and sorts those things out.

“But at the same time, going back through history and finding offensive things in the past, cancelling people from 30 years ago because of something they said or did – you can’t start doing that.

“We’re on a very slippery slope if we start to revise our history.”

The situation created by Covid is ripe for humour, said Manford, whose Like Me UK tour has been postponed to September next year because of the pandemic.

“We’ve probably had more shared experiences this year than throughout any time in history as a society,” Manford said.

“The rules are so confusing, they lend themselves to comedy,

“What’s important and what sometimes people lose sight of is, having a laugh and taking the mickey out of the rules of lockdown or the flip flopping of the government …  is not the same as laughing at the fact people are dying of Covid.

“On social media, people can get mixed up and they can think that you’re being disrespectful to the people who’ve died …

“That’s the thing I’m hoping we get a little bit less sensitive about next year.”

Manford is working with Sky Cinema to find the UK’s biggest fan of the film Elf in celebration of the movie streaming on the channel this Christmas.

The winner will receive an Elf-inspired Christmas home makeover kit, as well as £3,000 towards their favourite festive goodies.

The father-of-six filmed a campaign video to promote the competition, showing him singing in the shower and eating spaghetti with maple syrup in the style of the film’s scenes.

“I know my kids love Elf and I know when they see that advert, they’ll find that absolutely hilarious,” he said.

“My kids are of an age where I actually make them laugh.

“They’re about to hit the teenage years and then they won’t be laughing at daddy for a while.”

Manford is working with Sky Cinema to find the UK’s biggest fan of the film Elf in celebration of the movie streaming on the channel this Christmas. Details are at