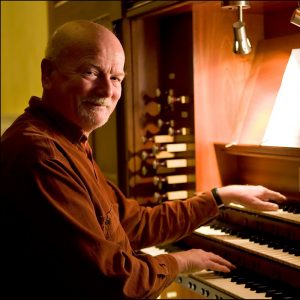 The late Eric Sweeney, whose collaboration with Mark Roper featured during the Imagine Festival.

SHORTLY before Eric Sweeney passed away, he had been working on a new musical project with poet Mark Roper. Both had worked together previously and their most famous collaboration was on ‘The Invader’ opera that premiered at the Theatre Royal.

Mark selected 10 poems – haikus – while Eric composed music to perform between the reading of each haiku.

The intention was to perform the work during the Imagine Festival; however, Eric passed away on July 21, six days after his 72nd birthday.

The Imagine Festival subsequently asked Eric’s wife Sally for permission to perform the concert with another pianist. Sally was very happy for this final work to be performed and suggested pianist Marion Ingoldsby, who was a colleague of Eric’s and a fellow composer, to perform it.

However, “Oh this hectic world” is a tender, gentle, evocative collection that is rooted in nature and reveals a composer at one with the natural world around him.

I have never heard such tuneful or delightful compositions from Eric and his good friend and fellow composer and lecturer Marian Ingoldsby’s playing is, quite simply, a joy.

The haikus here all date from the mid-17th to mid-19th Century and the Japanese response to the beauty of the changing landscape, and that philosophical resolve to see beauty, in all its manifestations, in the changing seasons, is everywhere.

It’s in Roper’s line: “Day break/on the corn shoots/white frost of spring”, it’s in Eric’s composition that draws you into its many single notes and simple chords that make for melodic and tuneful listening and it’s in Marian’s playing that is clearly a labour of love. 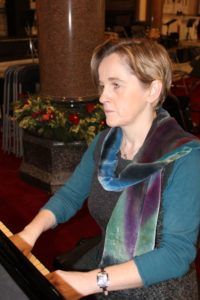 There’s a feeling of oneness here between composer, poet and player; a poignant empathy and an intuitive understanding that invites you to breathe in the work.

I loved the snail’s ascent of Mount Fuji: “Slowly, slowly/ up and up Mount Fuji/ Oh Snail.” Eric’s tone-poem here is slow, determined as the rising melody stutters, halts, moves sideways but always upwards. You can feel the heft of the determination, the sense of the struggle, the dew-eyed admiration for the creature’s triumph over all the obstacles and, finally, that indomitable triumph in those final chords.

“Oh this hectic world” follows the passage of the year from Spring to Spring. The work is reflexive and varied. Although pastoral memory is in the ascendant the work, nevertheless, doesn’t shy away from the darkness of the passing year: “Summer grasses/all that remains/of soldiers dreams” or the fear of what may lie beyond the year “Fall on frost/after the chrysanthemum/no more flowers.”

The work is available online at: https://imagineartsfestival.com/index.php/whats-1/imagine-arts-festival/oh-hectic-world and it’s a half-hour of delightful reflection that is just the ticket for these distressing times.